Todd Waters kicks of Honda debut with a win in NZ 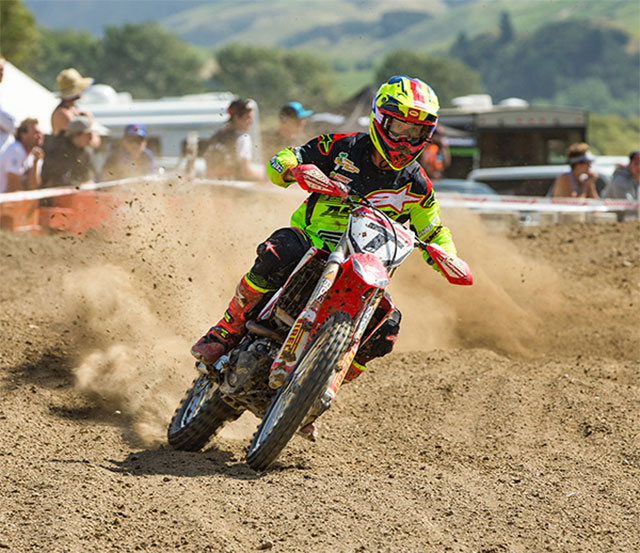 Honda Racing‰Ûªs Todd Waters has made positive changes leading into the Championship seasons and has claimed the MX1 overall win at the International Woodville Grand Prix in New Zealand over the weekend.

The Woodville Grand Prix was the first race outing for Waters on the 2017 Honda CRF450 since joining the brand late last year.

Waters used the natural terrain track to test and found some positive changes alongside room for improvement, all while qualifying 4th for the weekend.

The former Motocross GP racer improved through the day with 3rd, 2nd and a win in the final of the three moto's that made up the MX1 GP class. The results gave him a 2 point win over Dean Ferris, NZ's Cody Cooper rounded out the podium.

"It was a great testing ground for us, we‰Ûªve just been riding a standard bike back in Australia and Jay bought some new parts, some new engine mods and some different suspensions over to test," Water explained. "It took me a little bit to get used to the bike, it had a lot of power which is really good but i just wasn‰Ûªt used to it. I really struggled with my starts which i need to work on, and they are going to be my number 1 thing in my training program for the coming championships."

"The Woodville GP was pretty cool, the crowd was massive and a great turnout," Water added.

"Jay Foreman (Team Manager) and myself flew over and Cannon Smith helped us massively through Volkswagen to get my hands on a stickered up Amarok ute while we are over here, so he has been a huge help, so can't thank him enough." 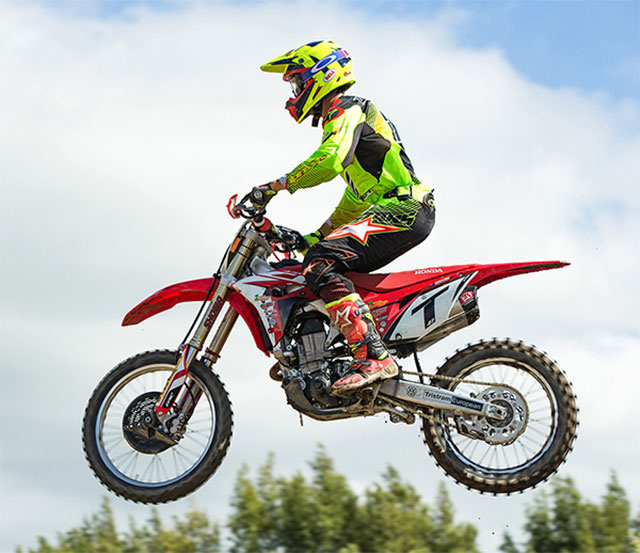 Todd Waters.
Waters will remain in New Zealand for the next week and train with fellow competitor and New Zealand local Cody Cooper before flying to the South Islands on Saturday for the first race of the New Zealand Championships.

"I‰Ûªve raced at Timaru before, i like it and it suits my style so i‰Ûªm looking forward to heading down there and doing the same thing as we did at Woodville!," Waters concluded.

Round 1 of the 2017 New Zealand Motocross Championships will be held on February 5th at the Christchurch Off Road Club in Timaru.