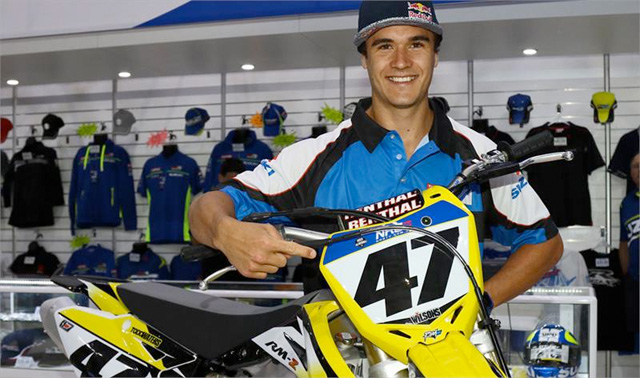 Former MXGP rider Todd Waters is re-joining Suzuki and will race in the 2016 New Zealand Motocross Championship aboard the RM-Z450.

The Australian, who finished ninth in the 2015 World Championship, will join the MC2 Suzuki Racing Team for the four-round series that kicks-off on January 31st with the New Zealand Motocross Grand Prix at Woodville and runs until the end of March.

The 25-year-old will cross the Tasman Sea from his base on the Gold Coast and join team-mates, Taupo's Brad Groombridge and Argentine racer Joaquin Fernandez. Originally from Cairns, in North Queensland, Waters is no stranger to the New Zealand motocross community, having raced there with much success in 2013.

"It is also good preparation for me racing in the Australian Motocross Championships later in the year. The New Zealand riders are super-fast in their own country and (New Zealand MX1 Champion) Cody Cooper seems to be unbeatable in his own country, so we'll have to see about that.

‰ÛÏI've been riding the new Suzuki RM-Z450 since December last year and I'm feeling very comfortable on it. I raced for Suzuki in 2012, so it is exciting to be back on board one.‰Û