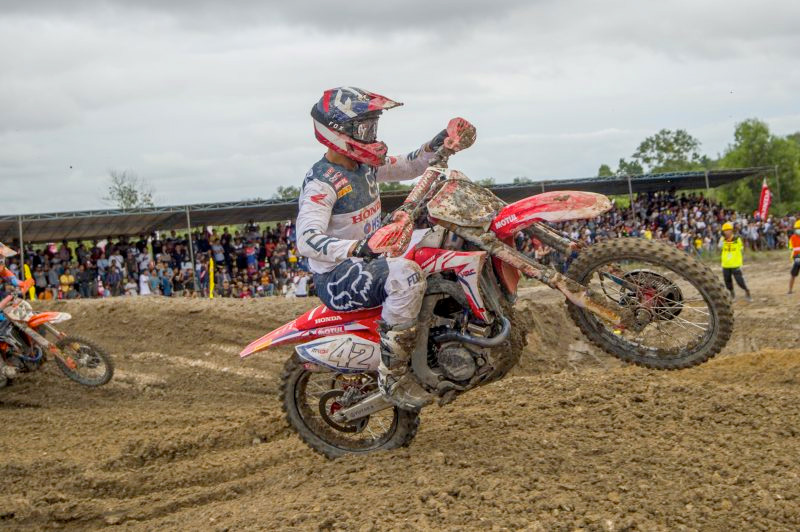 Todd Waters finished 14th overall in his second race back after returning from a broken collarbone.
Australian Todd Waters has continued his return to racing at the MXGP of Indonesia with a fourteenth place.

In only his second racew back since breaking his colloar bone the HRC Factory rider addmits he is still struggeling with fitness but got through the two motos at the Pangkal Pinang circuit unscathed, despite some small incidents.

Waters finished 15th in the opening moto and then 14th in the second for 14th overall.

"Race one was not the best, as we came through but then faded back," Waters said. "I made a little bit of a game plan for the second moto, despite knowing that my fitness is still not quite there. Unfortunately I crashed on the first lap: a rider in front went into a rut and the bike folded on me. I came from 20th to 14th, which is not bad all things considered.

"Definitely not the result we wanted, but at this stage I will take all I can get and keep training hard in order to return to a good level of form."

Marcus Pereira de Freitas, HRC General Manager - MXGP, is sympathetic to Waters situation and is satisfied with his progress.

"Todd showed some improvements in the second race; we know he still needs time to properly get up to speed, but as long as there are steps forwards we‰Ûªre satisfied," Pereira de Freitas said.

Waters will be back in action next week in Semarang for the MXGP of Asia. 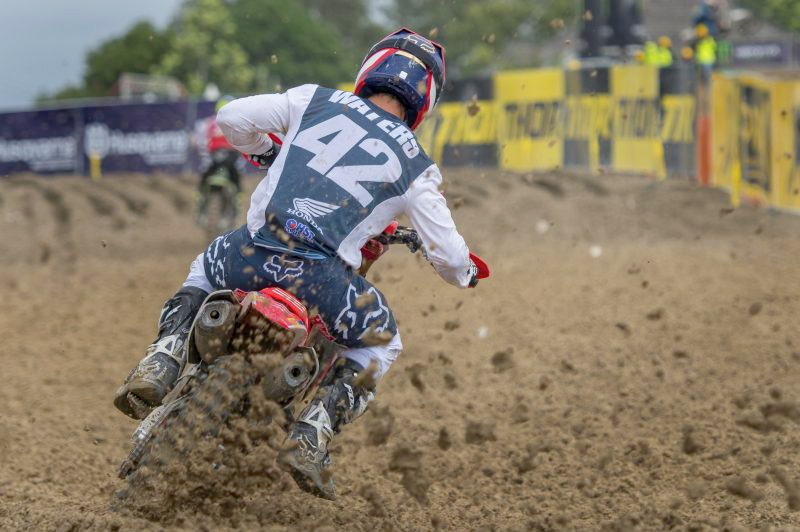 Todd Waters during the MXGP of Indonesia.