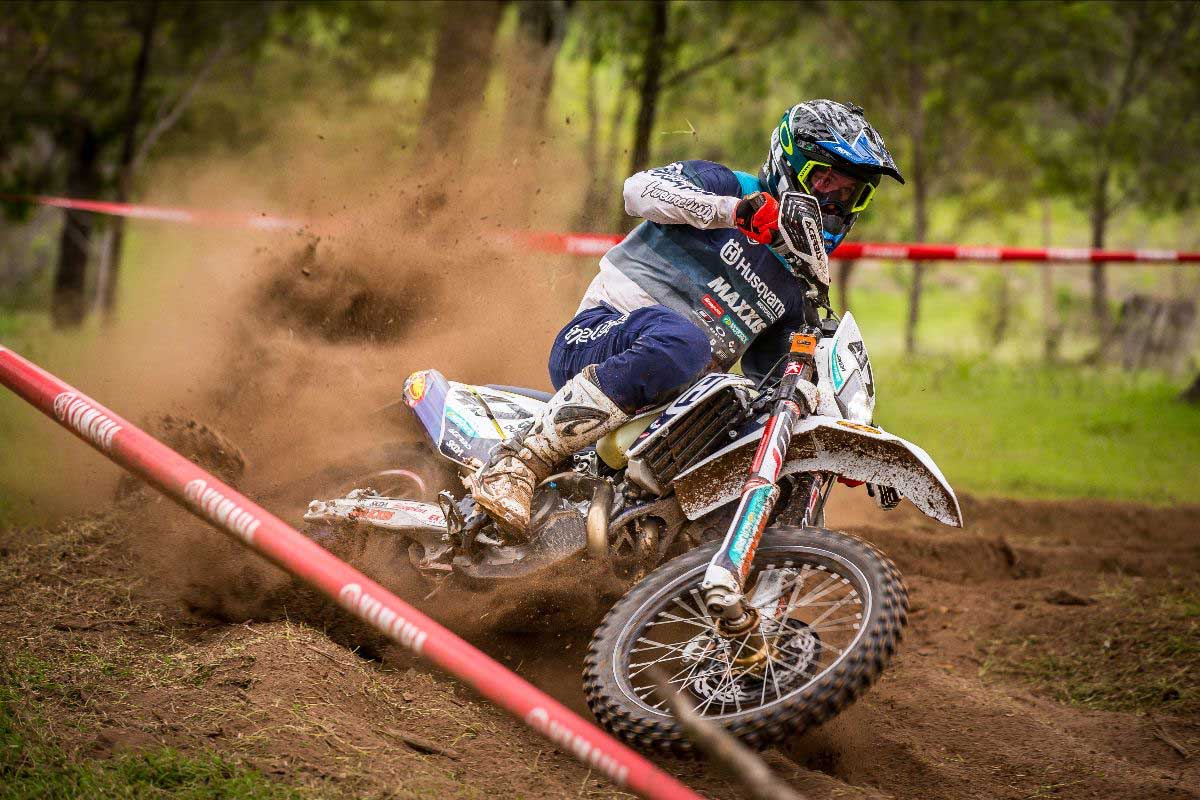 Todd Waters displayed speed and skill in the off-road terrain as the current Australian MX1 Motocross Champion made his debut in the Yamaha Australian Off-Road Championship in Toowoomba, QLD, last weekend.

After concluding the weekend with a pair of second places in the E2 class, behind champion Daniel Milner, Waters now finds himself in second overall after the opening rounds. The 'Sprint' format was unfamiliar to Waters, who despite this, rose to the challenge.

"To be honest I rode better than I expected," Waters said. "I was stoked to podium in the opening rounds considering our lack of preparation. I had no idea what I was in for, the goal was to just get a feel for the AORC and build from there.

"I can't thank Husqvarna Motorcycles Australia and all my other sponsors enough for their support in allowing me to compete in the off-road scene. We have a few weeks to the next round in Dungog, New South Wales.

"I'm excited to make some major changes to my bike setup and try and get my head around the next race format. The series is definitely going to keep me on my toes and be a useful distraction from motocross when it starts to get a bit repetitive. On a side note, I couldn't have felt more welcomed into the Australian off-road scene," the Queenslander concluded.