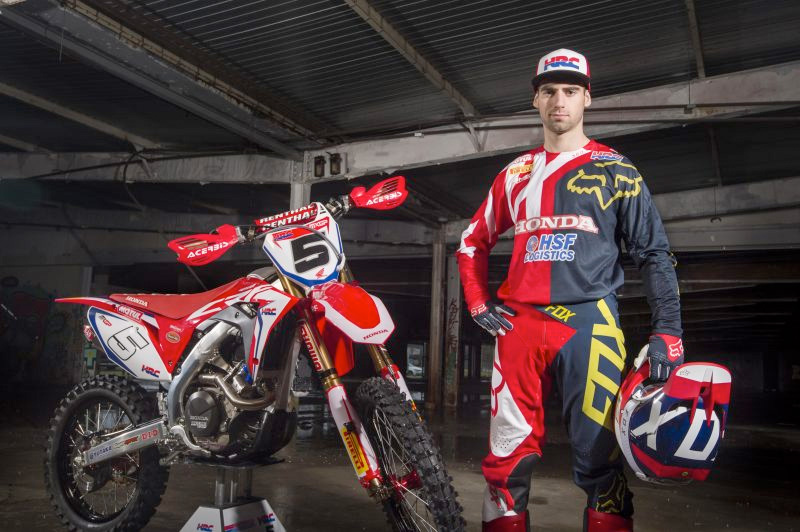 Team HRC‰Ûªs Brian Bogers has been cleared to make his MXGP debut and will do so at his home round at Assen in the Netherlands next weekend (15-16 September) by joining Team HRC for the penultimate round of the 2018 MXGP World Championship.

The 21-year-old from Eindhoven was first ruled out of action due to a foot injury last November and was set to return to action in May before another injury to the same foot occurred ‰ÛÒ which required another surgical intervention. Since then, Bogers has followed a strict recovery programme that ultimately allowed him to get back on a Honda motocross bike in late August.

In light of the encouraging performance and progression shown, Team HRC, Brian and the medical specialist that followed his rehabilitation have agreed on his return to competition.

"I have been waiting for this for a long, long time." Bogers enthused. "It has been a ten-month period with a lot of downs and a very few ups, but I never gave up because I knew the time would have come for me to finally join the team and make my MXGP debut. "I have been riding my Honda CRF450RW for two weeks now and I‰Ûªm feeling good. Obviously, it‰Ûªs not going to be an easy debut given my lack of racing time, but the idea alone of being out there with Tim and all the other guys make me so happy!

"We have been following Brian‰Ûªs incredible recovery and gave him all the support he needed, but nothing beats the happiness of having him onboard with us." Marcus Pereira de Freitas, HRC MXGP General Manager added. "I‰Ûªm sure he cannot wait to get on track, although we are well aware that it takes quite some time to get into full racing form - and there are only two rounds left in the season.

"The goal will be to make sure he gets accustomed to the new category and that he can get a feel for the bike before the end of the year, so that we can focus on winter testing and be ready for next season."

The return of Bogers means Australian Todd Waters who has been filling in for the injured rider, will no longer be required, with the team thanking him for his services.

"I would like to take the opportunity to thank Todd Waters." Freitas continued. "We really had a great time together and he did his best in what was not an easy task to step in mid-season after being away from MXGP for so long.

"We wish him all the best for the future."