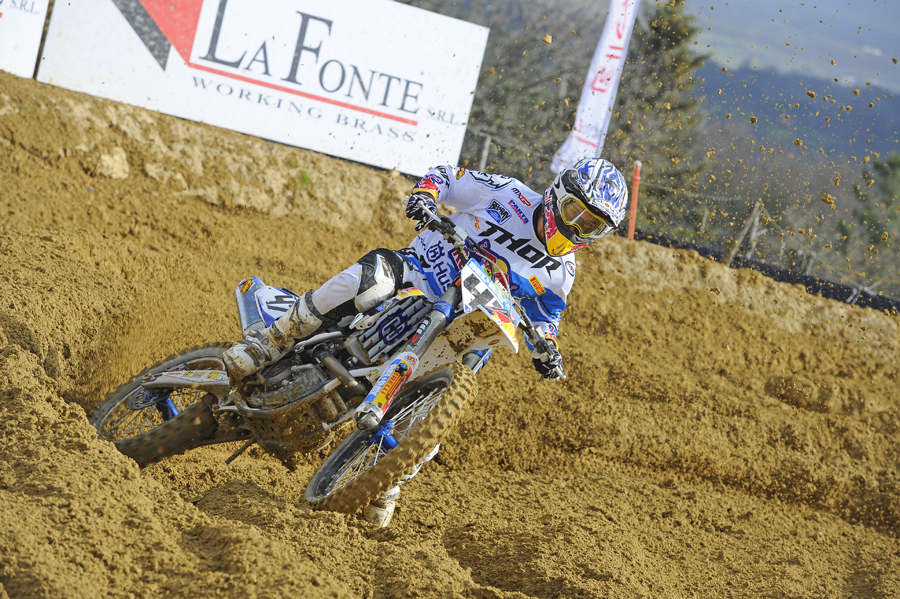 Red Bull IceOne Husqvarna Factory Racing team's Todd Waters has once again shown impressive speed at the second round of the Dutch Motocross Championships held at Mill over the weekend.

The Australian was in top form, pulling the holeshot in both races going on to finish second in both races, finishing second to Mike Kras in the opening race with Marc De Reuver in third. While in the second race he finished behind the very talented Joel Roelants, with Kras finishing in third.

Waters South African team-mate Tyla Rattray continues to sit on the sidelines due to injury with Pascal Rauchenecker once again filling the role as the second Husqvarna rider. Rauchenecker had a mixed day being forced out of race one after colliding with another before finishing in 5th place in moto 2.

Team Manager Antti PyrhÌ¦nen was happy with both his riders results and was happy to get some more riding and training in before the third round of the World Motocross Championship that heads to Brazil this weekend.

"The weekend in Mill was great training for us." PyrhÌ¦nen stated. "We were able to have a good testing day last week in Germany where we modified the bike a little and today we were able to test the speed.

"Both of our riders did well. Todd holeshot both of the motos and kept the lead almost through both of the races. Pascal was unlucky in the first moto, but the second moto was solid riding and good preparation for Brazil next weekend," he concluded.