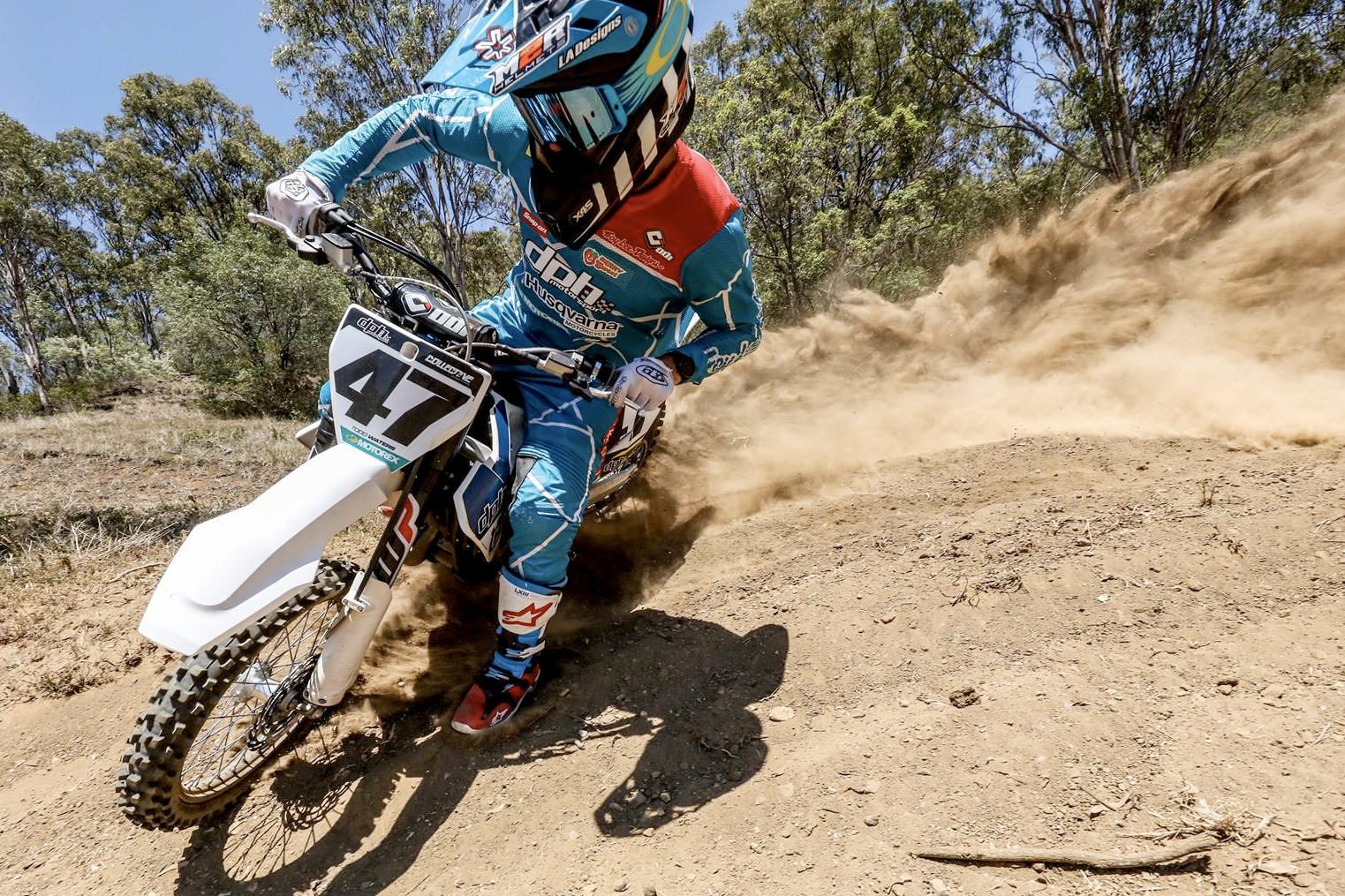 Following a nomadic year in 2018 were the Queenslander was initially planning to race the AMA outdoors but ended up being a fill-in rider at HRC in the MXGP championship after team rider Brian Bodgers was injured. The season was marked by flashes of speed and competitiveness but also by injury.

Waters was once again aiming for the 2019 Lucas Oils AMA Pro Motocross Championship season, but it did not pan out, despite plans to ride with Honda.

"As you all know well by now, my intention for that past 1.5 years has been to get myself to the AMA Outdoor Championship," Waters said. "As the 2018 MXGP season came to an end, I had to focus on the next chapter. This time of year is unsettling, to say the least, your life is in the hands of a bunch of team managers and manufacturers. I was set on racing with Honda for 2019 and using their bikes in the AMA Outdoors as a privateer. As it turns out, unfortunately, it wasn't going to be viable to do it with Honda. On the back burner, I had the opportunity to race with DPH Husqvarna for both the Australian motocross and supercross championships.

"I grabbed this opportunity and am pleased to announce my return to Husqvarna. I have great memories on this bike and am still great friends with many people involved with Husqvarna worldwide," the 28-year-old added.

With America out of the picture Waters has now set his focus on the Australian season and getting bike ready and match fit for the season.

"I have completed an intense off-bike training regime which will be followed with a lot of bike time on my new Husqvarna FC 450 & TC 250. After a few rides, I already feel comfortable. This makes sense, as it is a bike & brand (sister company to KTM) that I grew up riding. The engine suits me well, and I can't wait to see what I can achieve with my riding," Waters explained.

"Last year wasn't anything close to what I had planned. Without giving too much away, just know that I do have big plans & goals for 2019," Waters continued.

Alluding to the fact he may be competing with the 250cc 2-stroke somewhere he concluded saying, "I hope you will enjoy following what I get up to this year. At the very least I hope I get some tongues wagging. What's not to love about riding a two-stroke? Has anyone got holiday destinations booked in the mid-season break?"