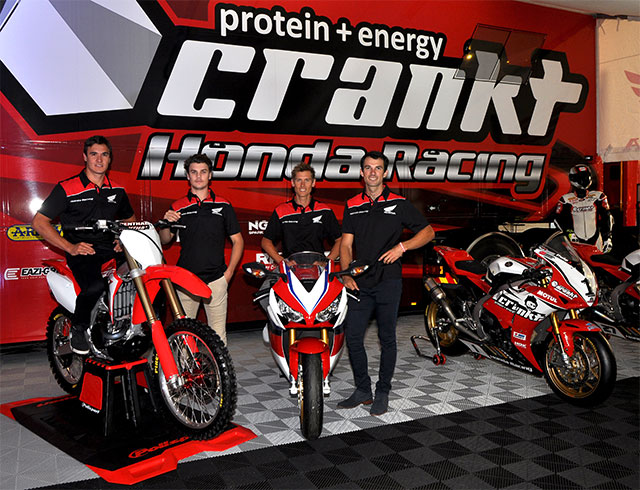 Crankt Protein Honda Racing is entering its second year in the Australian Motocross/Supercross arena and after a positive maiden season the team is extremely motivated to step it up in 2017.

Todd Waters brings a wealth of experience to the Honda team. As a junior he won 5 Australian Motocross Championships and has been runner up 3 times.

He has represented Australia at the Motocross of Nations in 2012, 2013, 2015 and 2016 in the MXGP class. Having raced both in Australia and internationally, Waters is excited to race the new Honda CFR450R and mount a challenge for an Australian title.

‰ÛÏJoining Crankt Protein Honda Racing for the 2017 motocross and supercross season is really exciting. We have a great team of people that are hungry for success and ready to help me achieve my goals for 2017. The new model Honda CFR450R looks fantastic and I am stoked to be one of the riders representing this all new bike. Bring on 2017.‰Û 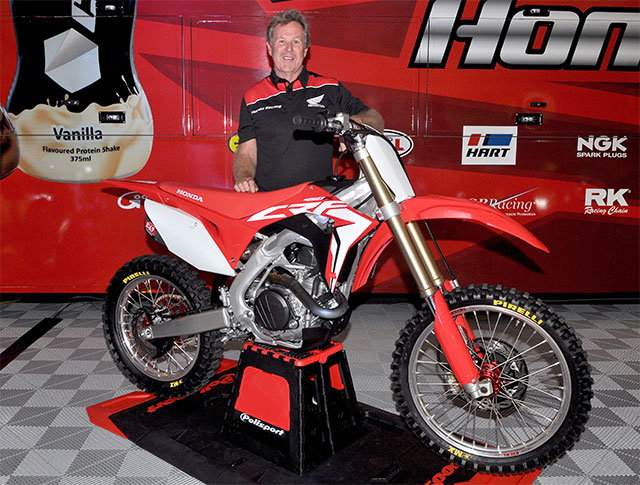 Team manager Jay Foreman with the 2017 Honda CRF450R
Luke Clout also headed overseas to follow his dream and spent 2 years in America at the Millsaps training facility before returning to Australia and winning the 2014 Australian MX2 Championship.

The 22 year old was runner up in 2015 and then headed back to the U.S. for the 2016 season to race in the AMA Supercross Championship. Clout will line up in 2017 onboard the CRF450R for the first time and couldn‰Ûªt be happier.

‰ÛÏI can‰Ûªt wait to get out and test the Honda CRF450R and I am really looking forward to competing for Crankt Protein Honda Racing. My season in 2016 was cut short when I broke my femur so I am really motivated to get out there and give it everything in 2017. I feel strong & the bike looks great so we‰Ûªll see what unfolds.‰Û 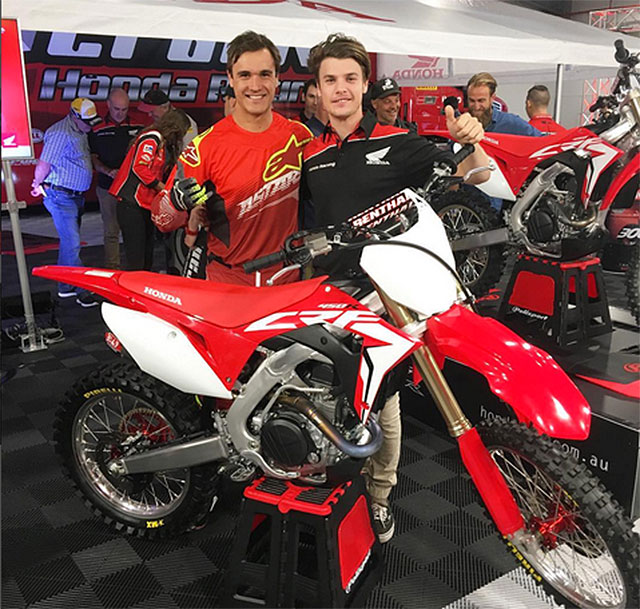