Todd Waters Aiming For Improvements at MXGP of Belgium 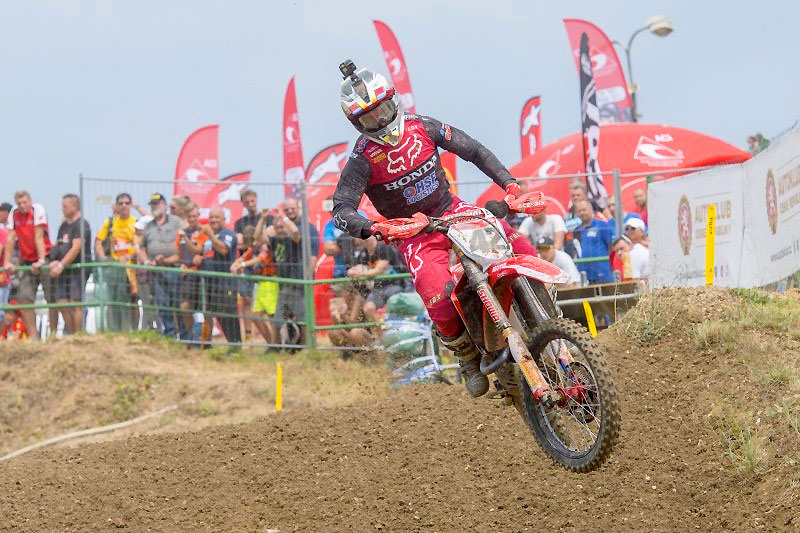 Following a broken collar bone and illness the Todd Waters is still working hard to recover his racing form. Photo: @shotbybavo_14
HRC's Todd Waters is finding his way back to full fitness and has been putting in the hours in prepertation for this weekend's fifteenth round of the FIM Motocross World Championship at Lommel.

Following a broken collar bone and illness the Australian is still working hard to recover his racing form in order to show his talent, after a few rounds in a row spent on the Honda CRF450RW. The iconic Lommel motocross venue is one of the toughest on the calendar and will be a big test for the his physical condition and stamina.

To prepare for such a demanding racing weekend, Waters, along with team-mates Gajser and Calvin Vlaanderen have been training in deep sand aboard their Honda CRF machines until today, when a two-day private test drew to a close at Grevenbroich in Germany. They are now ready to take on the MXGP of Belgium with high hopes and motivation.

"We had the chance to ride Lommel a couple of days last week and we are now in the middle of a two-day test with the team to prepare for what is a deep sand Grand Prix," Waters explained. "I think we are on track and I‰Ûªm looking forward to this weekend‰Ûªs GP at Lommel. It‰Ûªs a very demanding track, but hopefully we will be able to improve our performance and consistency throughout the races and get closer to the top-ten."

"Todd was struggling with his fitness in Loket, but he has been spending a lot of time on the bike riding in the sand so we are looking forward to seeing a step forward this weekend. It‰Ûªs going to be a very hot weekend temperature wise, so we need to be ready," de Freitas said. 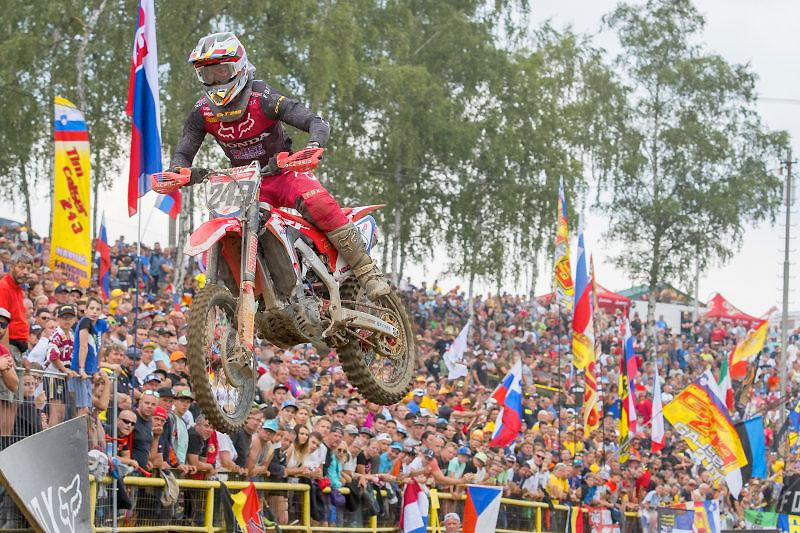 Tim Gasjer has had a solid run and is closing in on third place in the MXGP standings. Photo: @shotbybavo_14
Waters' team-mate Tim Gasjer on the other hand has found plenty of form of late.

Gajser has enjoyed a solid streak of results in the last rounds, which allowed the young Slovenian rider to narrow the gap to third place in the MXGP standings down to 29 points.

"Lommel is one of the toughest GPs of the year, but we were able to spend a lot of time riding in the sand last week and a test in the last two days," Gasjer said. "So far it‰Ûªs been good: we have found a great suspension set-up and I feel very comfortable with the bike and on this track, so I‰Ûªm looking forward to get things going and do my best for what would be another good result. I feel we are getting closer and closer to the type of performance we expect from ourselves, so hopefully we can continue on that direction at Lommel." 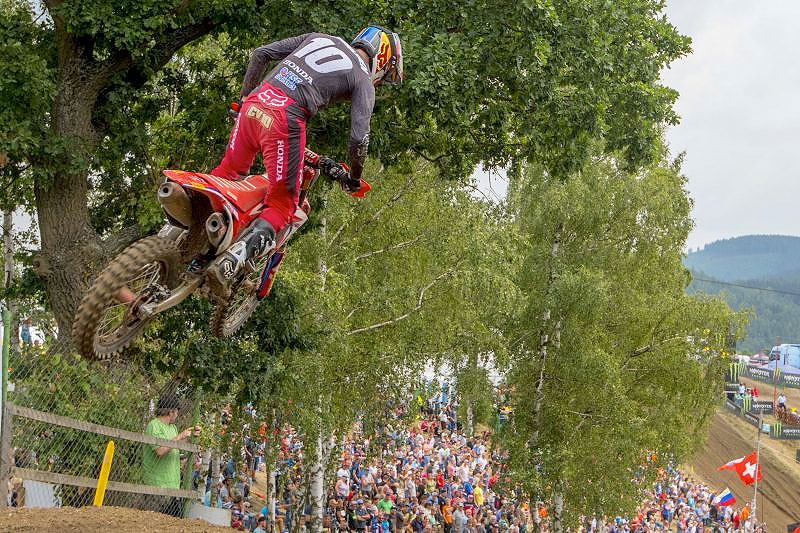 MX2 rider Calvin Vlaanderen is carrying a similar momentum aboard the all-new Honda CRF250RW machine, as the 22-year-old from Cape Town secured his third consecutive podium finish in Loket