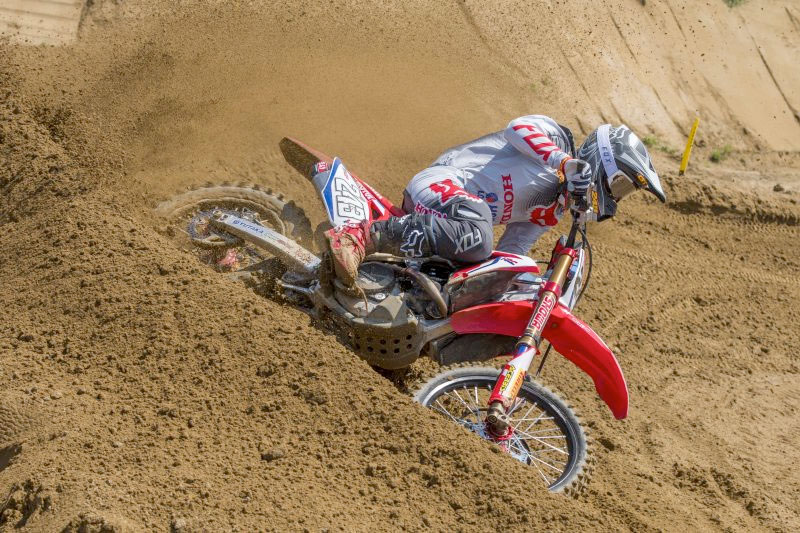 Although 21st sound a long way down the list, it was still a good result considering the amount of bike time Waters has had since breaking his collarbone four weeks ago. Photo: @shotbybavo_3
Todd Waters has finished 21st in his return to the HRC Honda Racing team during the qualifying race for the MXGP of Lombardia in Italy.

The Australian was making his return to racing after breaking his collarbone at the MXGP of Latvia 4 weeks ago. He only returned to riding this week and so was far from 100% bike or race fit.

Waters focused on finding the right feeling with the bike and the championship in what is his second-ever MXGP day of his season. After riding within the top-15 for half of the encounter, he slipped down to 21st as the race drew to a close after a late tumble. 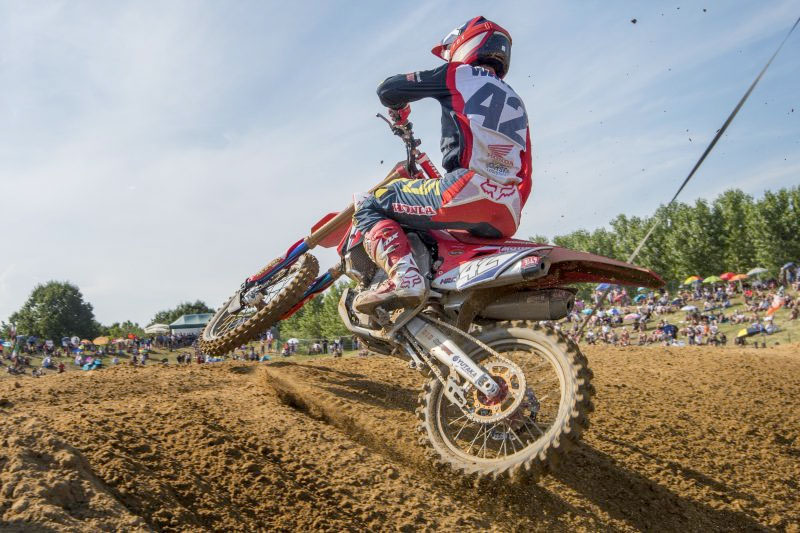 With his first race under his belt Waters is now focused on tomorrows two thirty minute motos. Photo: @shotbybavo_3
"It‰Ûªs a nice feeling to be back in the MXGP paddock and with the team," Waters said. "I knew it was going to be difficult today as I only got back on the bike last week, and I was right.

"I was riding decently in the top-15 in the early part of the qualifying race, but towards the end I basically had no power left in my shoulders so I dropped down few places while trying to ride the bike home ‰ÛÒ and I had small crash, too.

"Twenty-first place is not the type of result I was looking for, but it‰Ûªs surely an improvement from Latvia! The shoulder feels good, though, and that‰Ûªs the most important thing. We will rest now, get ready for tomorrow and see what happens.

HRC General Manager - MXGP, Marcus Pereira de Freitas wasn't expecting Waters to be 100% with such a small amount of bike time but was satisfied with his return all the same.

"Todd did OK considering it‰Ûªs his first day back after the collarbone injury," Pereira de Freitas said. "His first part of the qualifying race was not too bad but he ran out of energy at the end of the moto ‰ÛÒ something completely understandable - and lost two places at the end due to a small crash. The track is quite unique and sketchy, so we need to be smart tomorrow." 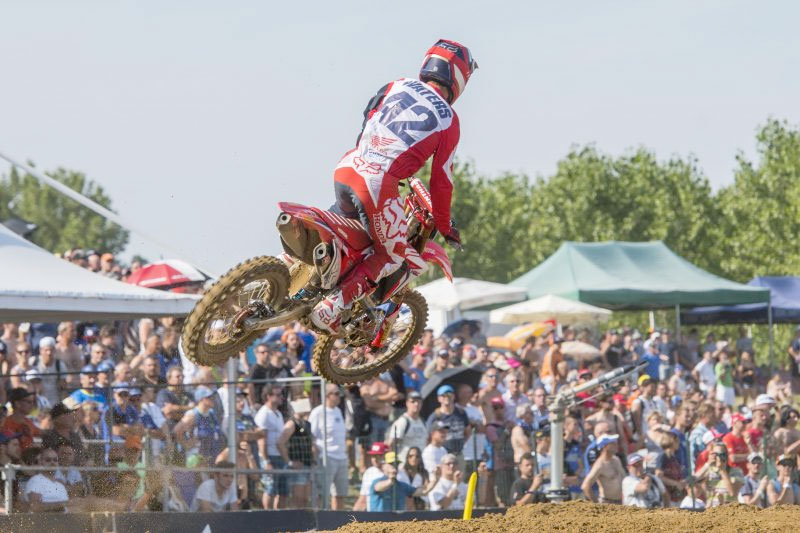 Waters was running as high as 15th before a small crash near the end of the race dropped him back to 21st. Photo: @shotbybavo_3