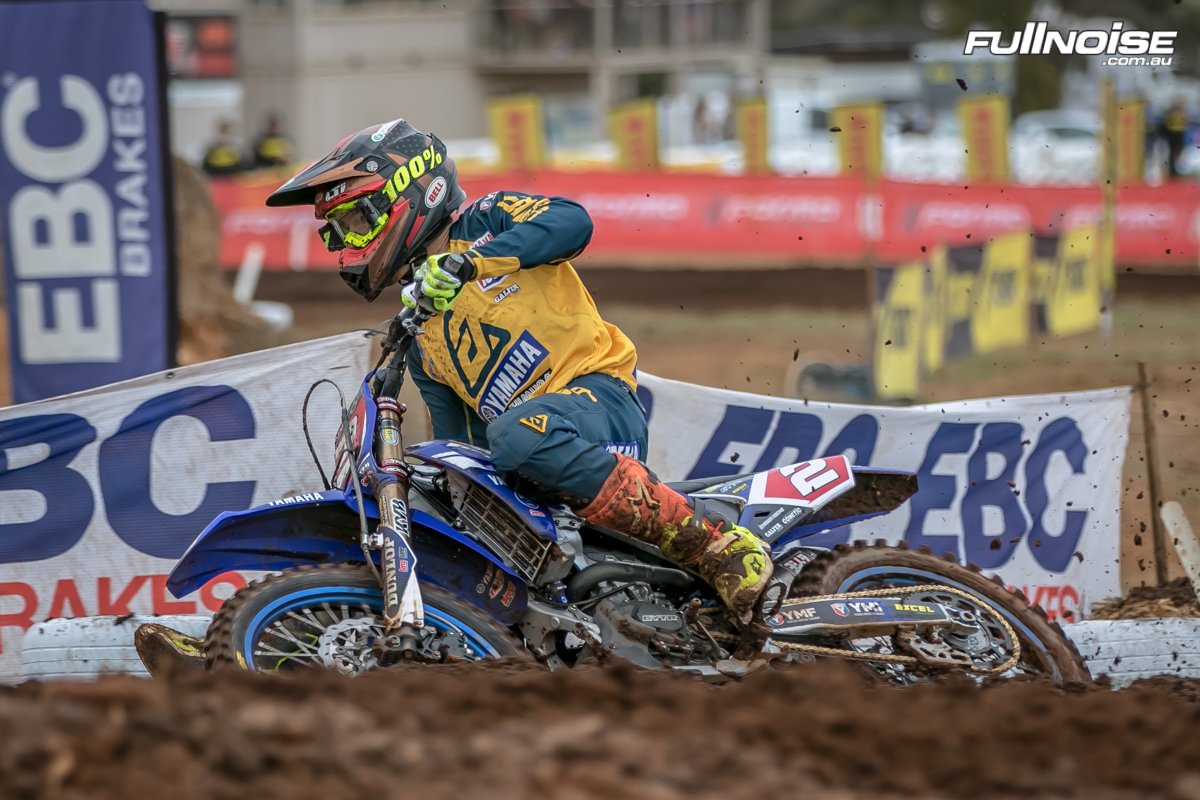 Wilson Todd calmly did exactly what was required of him to maximise his points in each race and build on his lead in the championship. - Photo: Aaryn Minerds
Serco Yamaha‰Ûªs Wilson Todd notched up his second Pirelli MX Nationals round win in a row with a consistent and well-constructed days‰Ûª racing at round five of the MX Nationals, at Murray Bridge, in South Australia.

Held in near perfect conditions for racing, Todd finished the day with 2-3 results to take the round win in the MX2 (250cc) category and back up his outstanding performance at Wonthaggi just one week ago.

While his rivals all experienced issues on the day, Todd calmly did exactly what was required of him to maximise his points in each race and build on his lead in the championship. At the halfway mark in the series, Todd now has a 31-point lead and is satisfied with his performance at Murray Bridge.

He slotted into second place in the early stages of race one and maintained the position throughout the moto. He finished 9-seconds behind Egan Mastin but was contend with the podium result.

Moto two saw Todd again towards the front in the early stages, this time in third and with his rivals and nearest challenges all experiencing difficulties, Todd just needed to keep a cool head as the team conveyed the race situation to their rider via the pit board. With no challenges from behind, he was comfortably in third place for the length of the 20-minute moto, knowing that is all he needed to secure the round victory.

‰ÛÏIn the past, I have never done that well here at Murray Bridge, so my focus today wasn‰Ûªt about winning but riding a little within my limits, making smart decisions and limiting my mistakes as this track can really catch you out when things go wrong.

‰ÛÏA 2-3 day on paper doesn‰Ûªt look great but is better than what I have done here before and to claim a round win and gain some more points in the championship is a great outcome.

‰ÛÏThe Serco Yamaha team did a great job today and we are exactly where we wanted to be after round five. There is still a lot of work to do and a lot of races to come but I will use the time in the break to work on my riding and fitness as I really want to win this championship,‰Û