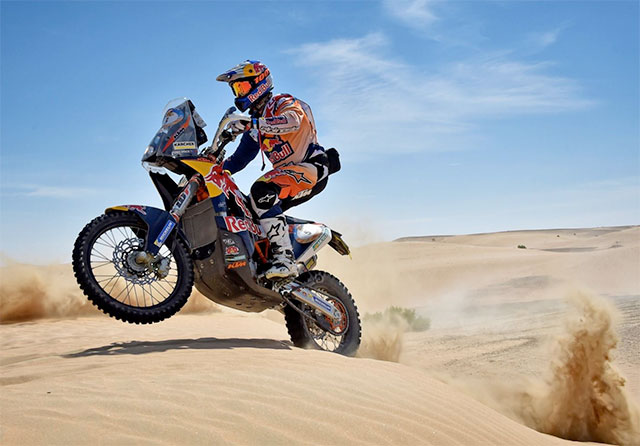 Dakar winner Toby Price has taken the early led in the Abu Dhabi Desert Challenge, the opening round of the 2016 FIM Cross-Country Rallies World Championship.

The Australian took the stage to lead by 35 seconds from his KTM team-mate, Dubai-based Sam Sunderland.

The three front-runners Price and Sunderland and Pablo Quintanilla pushed each other hard and exchanged the lead a number of times throughout the stage and at the end of the day had managed to distance themselves from the rest of the field by some 14 minutes.

Chile‰Ûªs Pablo Quintanilla is another 34 seconds behind Sunderland in third on his Husqvarna, with Portuguese riders Helder Rodrigues and Jakub Piatek followed by Spain‰Ûªs Txomin Arana Cobeaga completing the top six.

"Happy to take out the opening stage of the Abu Dhabi Desert Challenge! I started in 39th position as I had the option to choose where I wanted to start from," Price said on Facebook.

"I charged from the back and passed everyone before the 278km finish. My team mate Sam Sunderland returned to racing after his injury strong with 2nd and only 33 seconds off me, it was great to ride the whole stage with the big fella! 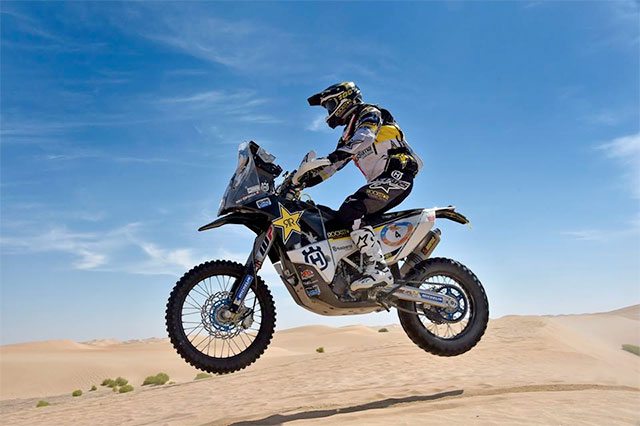