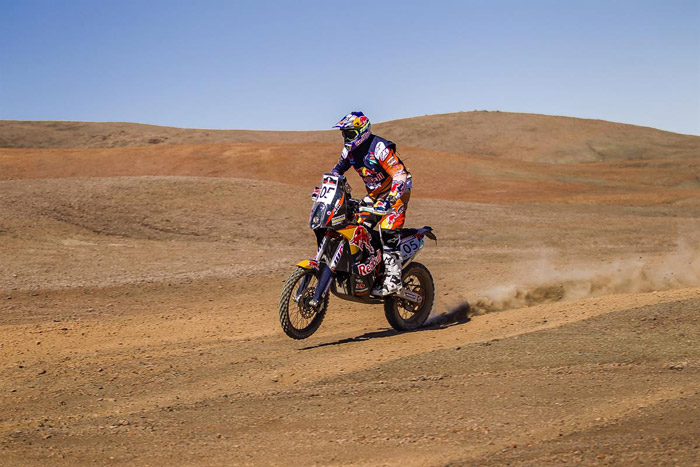 Red Bull KTM Factory Racing‰Ûªs Toby Price along with team-mats Sam Sunderland and Matthias Walkner and Laia Sanz on Tuesday launched their attack on the Atacama Rally in the Chilean desert.

Price finished a close second behind leader, Husqvarna mounted, Pablo Quintanilla to be the team‰Ûªs most successful rider on the first of five days of tough riding.

Toby Price, the 2016 Dakar Rally winner, was fifth in Monday‰Ûªs prologue but took a gamble and decided to start at the back of the field in what was clearly going to be a dusk-choked Atacama, renowned for being the world‰Ûªs driest region.

‰ÛÏIt was not a bad start to the Atacama Rally to be sitting in second, just 1:13 min off the lead." Price commented. "Starting last may not have been the best idea but we kind of made it work.

"I thought the wind would pick up and blow a lot of the dust off the track but it just didn't happen.

"It was a risk I wanted to try because I have nothing to loose in the championship! Always learning and onto the next day.‰Û 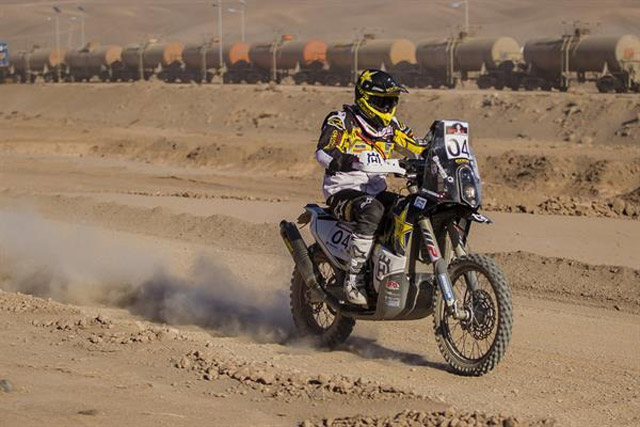 Pablo Quintanilla will lead the field into day two in Chile.
While Aussie Price came home in second it was Chilean Pablo Quintanilla that gave his home country fans something to cheer about with a comfortable stage win.

"I was able to start running at my pace at km 100 so deciding to go off at sixth was good, because I got out of the dust and accelerated smoothly,‰Û