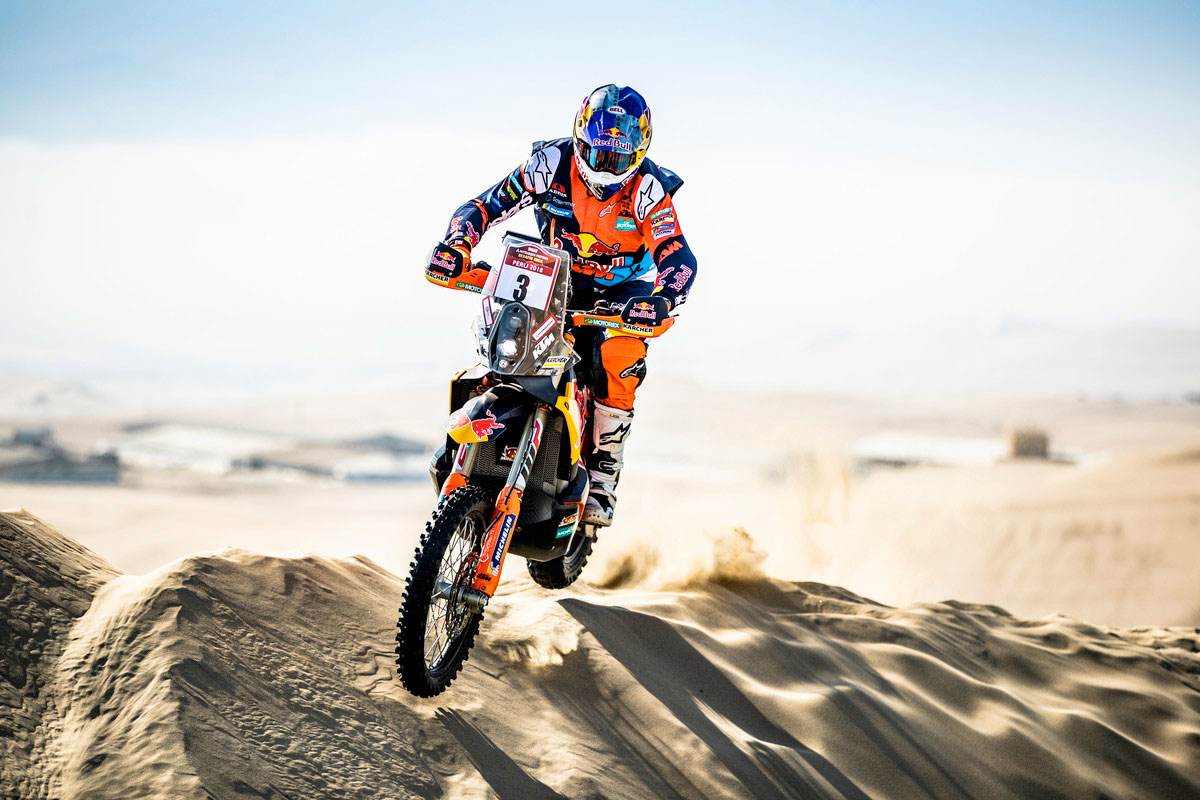 The 340km timed special on day one of the event saw riders head into the desert close to the city of Ica in southern Peru.

The stage, comprising mostly of the large sand dunes characteristic of the area, consisted of two loops covering the same route. Navigation on the first lap was especially important with many riders losing time midway through the stage.

After competitors were given random start numbers on the previous day, Toby Price set off just after 8:00am with over 10 riders ahead to chase down. With one particular waypoint proving tricky to find, a lot of the front runners on the stage lost time and were soon caught by those behind. Price, using his experience, maximised his advantage on the timed special coming home in first place.

‰ÛÏNot a bad stage today. A couple of waypoints were really hard to find and the guys in front lost their way," Price explained. "I was lucky in that by the time I arrived at the group they had found the waypoint so I was able to make up a lot of time there. After that it turned into a bit of a trail ride with everyone running together. It‰Ûªs hard to learn when riding like that but that‰Ûªs the way it goes sometimes. My result from today will mean I start at the front tomorrow, so I‰Ûªll do my best to keep to a good pace and learn as much as I can before the guys behind catch me. All-in-all I‰Ûªm happy and healthy and we‰Ûªre getting some good training done for the Dakar in January.‰Û