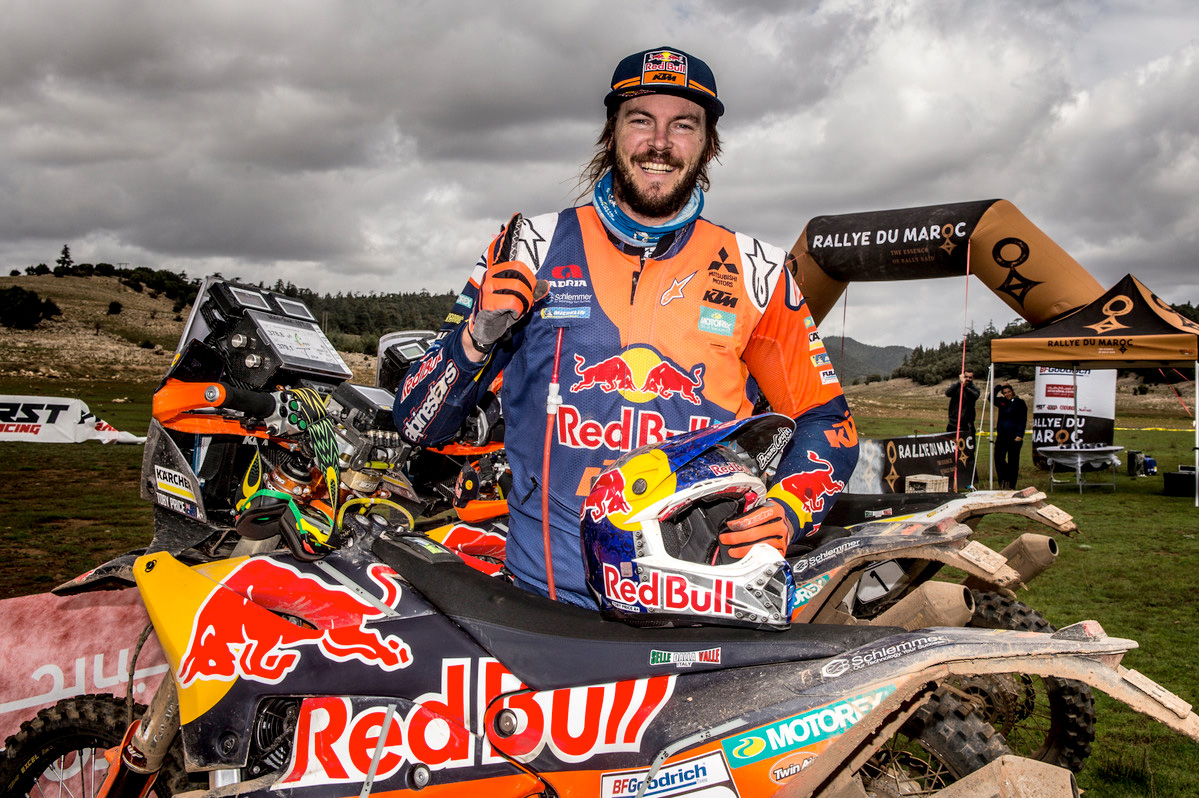 Photo: Rally Zone
Dual Dakar champion Toby Price will return to racing followig an injuru layoff at the 2019 Atacama Rally that get underway early next week in Chile

Putting in a heroic ride to win the 2019 Dakar Rally despite riding with a broken wrist, Price cemented his position as one of the greats of the sport. Following his Dakar win, the Australian has spent his time recovering and rebuilding his strength.

Although he has been able to train on a bike during his time off, the Atacama Rally marks the 2018 FIM Cross-Country rallies World Champion's first competitive outing since Dakar. Although looking forward to the event, Price is realistic in his goals and knows the importance of slowly building up both his speed and navigation.

‰ÛÏI'm looking forward to being back on the bike and setting up for the Atacama Rally, it's been a few months since my last race at Dakar," Price said. "We're getting prepped and organised for the event now and I‰Ûªm really excited. I'm not expecting too much from the race or myself, it's just good to get some time on the bike and do some roadbook stuff and training. If we come back safe and I have no issues with the wrist then we can start to push for the last round in Morocco. Hopefully, good times ahead and I'm looking forward to it!‰Û