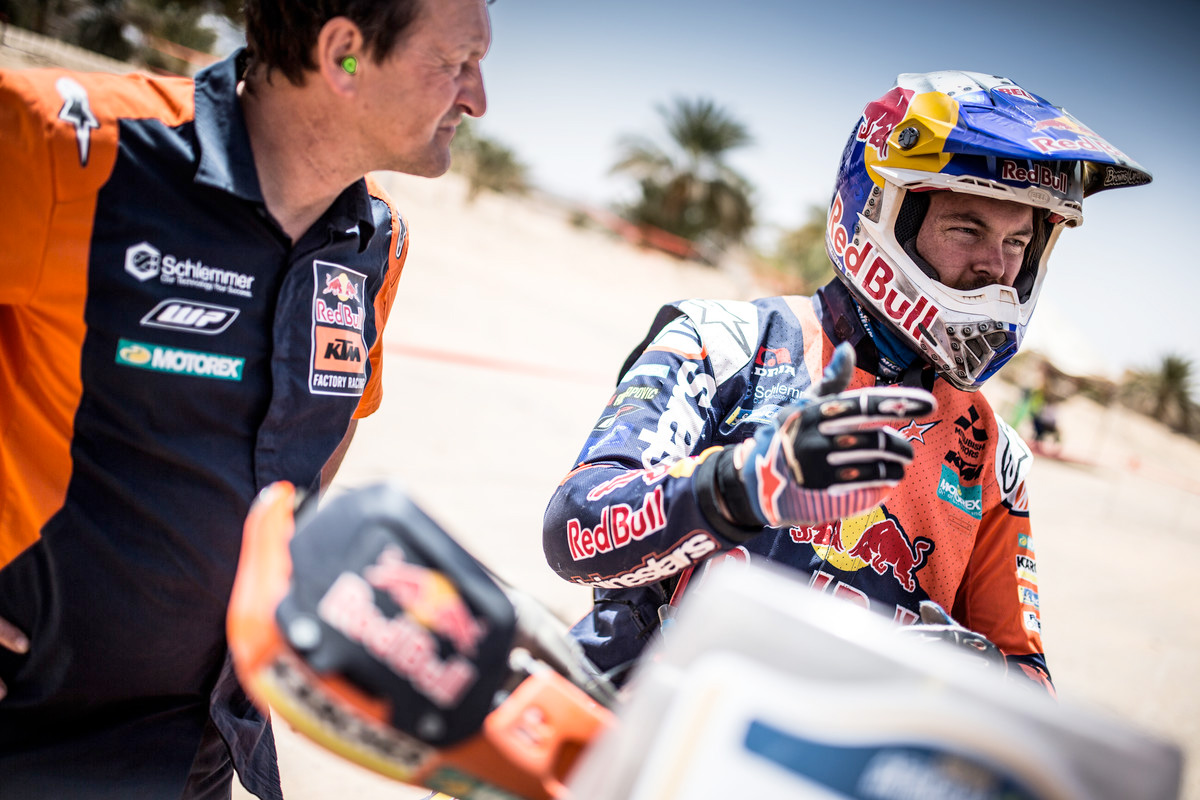 The usually mild mannered and laid-back Toby Price has expressed his disappointment with the cancelation of the final section of the fourth stage of the Merzouga Rally. Photo: Marcin Kin
Australian Toby Price has come out swinging after a controversial end to the fourth stage of the Merzouga Rally saw finishing positions changed after the final section was dropped eight hours after the completion of the stage.

Setting off as the fourth rider to leave the start and then being the first rider across the line, Price had finished the stage in fourth place which moved him up the leaderboard to second place overall after a number of the front runners got lost.

Eight hours later officials made the decision to cancel the final section due to a number of riders getting lost, thus dropping the Red Bull KTM Factory Racing rider back to tenth on the stage and sixth overall.

What is even more galling for Price is that the same thing happened to him on stage one where the roadbook was not correct.

"So I just had a meeting with them (officials) and the exact same thing happened to me and lots others on day, one because the roadbook was not correct (which they just sat there and said this straight to my face that day one had an incorrect note where I got lost) but my time and others where not given back!!" the usually laid-back Price said on social media.

"So how is this fair? Seriously, such a joke, we all had the same roadbook, nobody was at an advantage or disadvantage just like we all had on day one, plus in rally racing, it‰Ûªs impossible to make a roadbook 100% accurate so why can stuff like this get changed because a few got lost?" he questioned. "Racing will now have protests every day because there is always one wrong note in a roadbook!"

"Seriously this is so bad for the sport and makes me look like a clown posting to my followers and sponsors that I got to second, and now I‰Ûªm back to 6th overall! Merzouga Dakar challenge, I‰Ûªm sorry but this isn‰Ûªt right, and you guys know it!" he added. 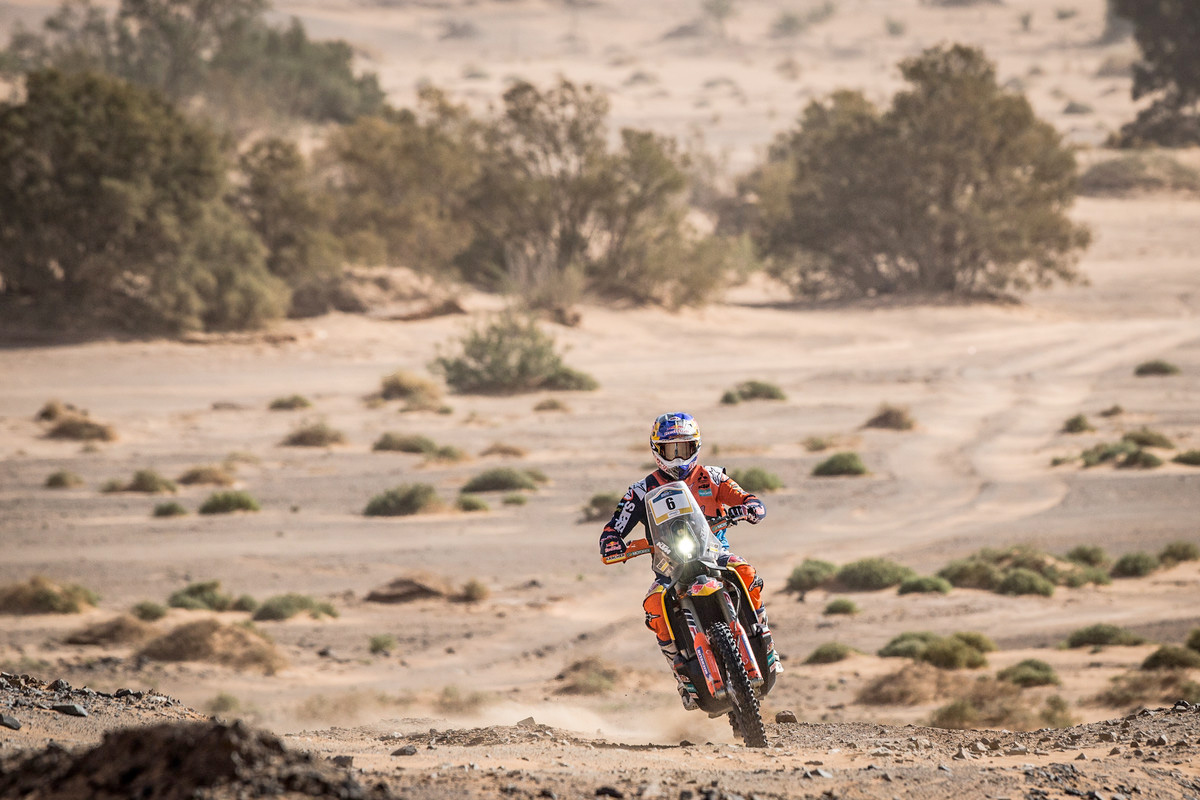 Price understandably found it unfair that he was had to suffer the consequences of getting lost on stage one while others didn't on stage four. Photo: Marcin Kin
Price then went on to apologise to followers after earlier posting about his success.

"Sorry everyone, I thought I had made a good day, but it‰Ûªs a room of 8 people that can change the result at a snap of their fingers by the looks of it!! I‰Ûªm sure your all going to look at this with weird faces being pulled!

"I‰Ûªm sure the organisation will see this and not be happy that I posted this but I‰Ûªve gotta explain the situation, and the results won‰Ûªt be changed back to the correct way because of this post, but that‰Ûªs how and why the results changed in 8hrs time!" he concluded. 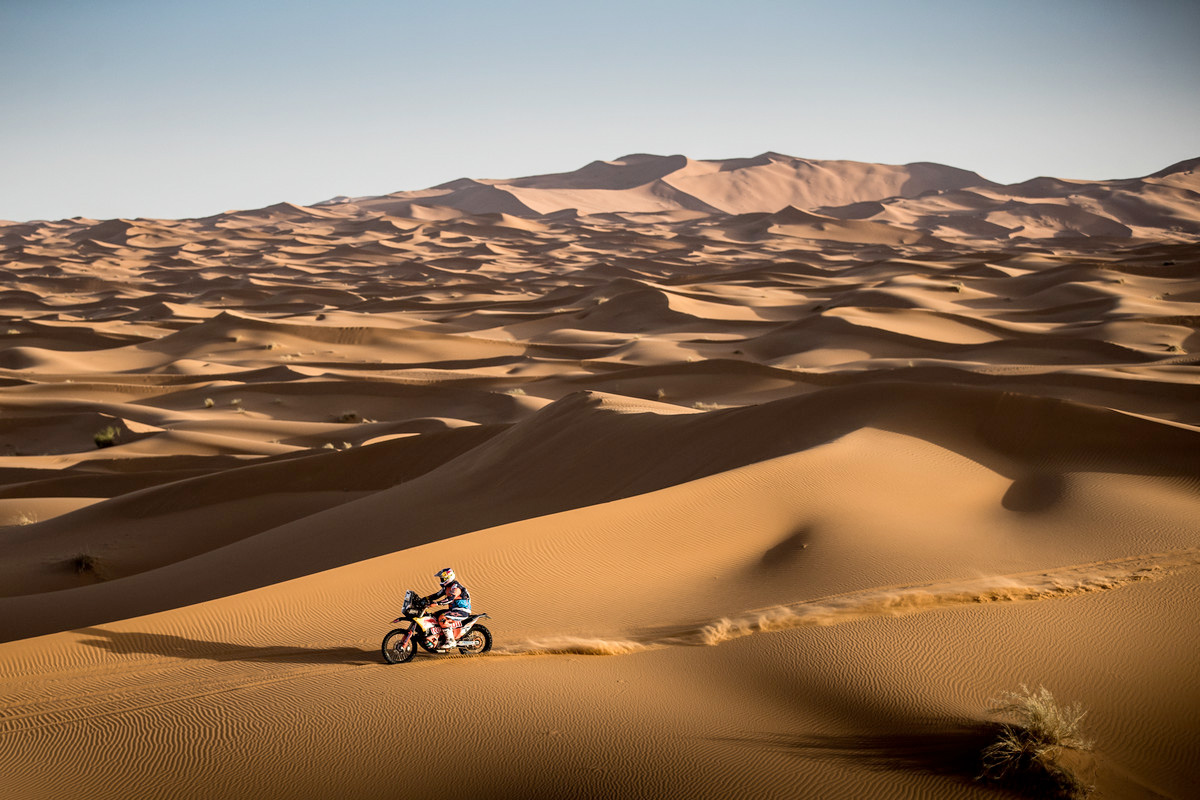