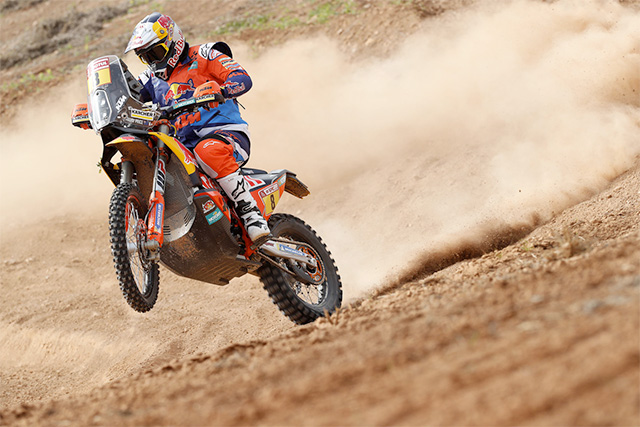 Red Bull KTM team's Toby Price, winner of the 2016 Dakar Rally, has endured a difficult year but is now healthy and ready for the 2018 Dakar.

Following his crash at the 2017 Dakar in which he injured his femur, Price has been on a long road to full fitness ever since. The Australian was set to race the OiLibya Rally of Morocco in October, but complications with his injury forced him to miss the event. Aware of the challenge in front of him, Toby remains upbeat and determined to put in a strong performance.

"After a recent clean-up of my injury, I am feeling a lot stronger already," Price said. "It‰Ûªs a big step forward and things are already looking really good for January. I have been able to get some time on the new bike, and it‰Ûªs a huge step forward ‰ÛÒ the team have done an incredible job. I‰Ûªve been off a bike for close to eight or nine months. It‰Ûªs clearly not the preparation any rider would want leading up to the biggest race of the year, but then you don‰Ûªt forget how to ride a motorcycle.‰Û 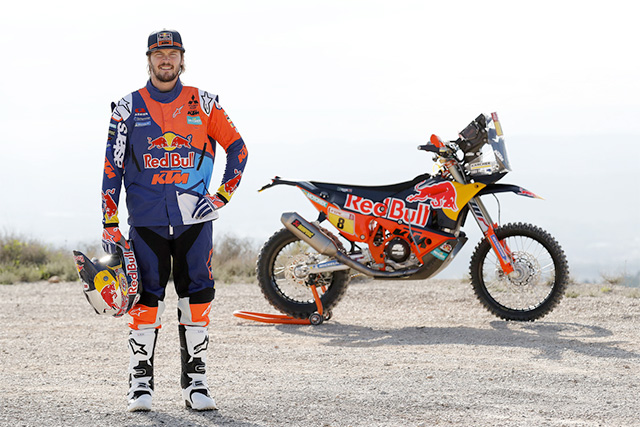 Toby Price ready for 2018 Dakar assault. Credit: Future7Media
Running from January 6 to 20, 2018, the 40th edition of the Dakar Rally will see over 500 competitors cover 10,000km during 15 days of racing. The 2018 event will be the 10th edition to be held in South America and will cross the three countries of Peru, Bolivia and Argentina.

Price will campaign the the all-new KTM 450 RALLY whic was recently unveiled at the EICMA show in Milan. The bike boasts many performance improvements over last year‰Ûªs model. A new engine and management system, new chassis and swingarm and newly designed fuel tanks and bodywork ensure the bike feels slimmer and is more maneuverable.