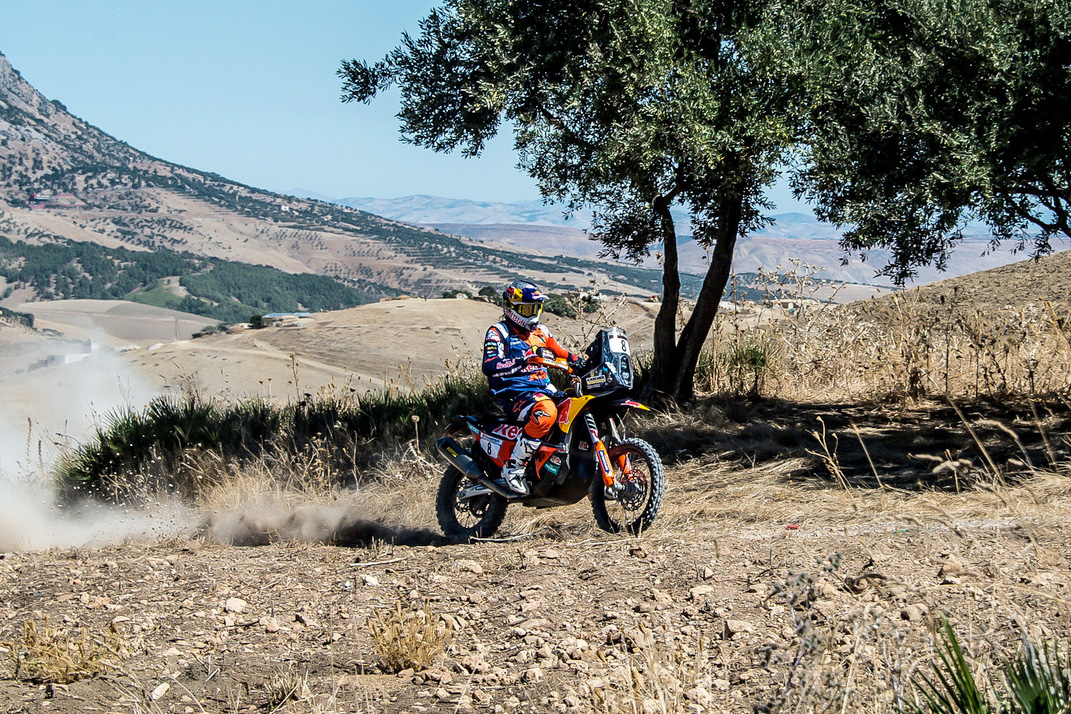 Held near the city of Fes in the north east of Morocco, the Prologue marked the opening day of racing at the 2018 Rally du Maroc. The 47 kilometres covered by the riders included a short 10 kilometre timed special held on fast, but extremely slippery terrain. The results of this sprint decide the start order for Friday‰Ûªs Stage One.

Coming into this final round of the 2018 FIM Cross-Country Rallies World Championship just eight points down on the leader, Toby Price is aiming to claim as many points from the event as possible, including stage wins. Flying on the Moroccan dirt, Price posted the fastest time on the stage, 10 seconds ahead of Matthias Walkner and Sam Sunderland. Earning himself first pick of the start order for tomorrow‰Ûªs stage, the 2016 Dakar Rally Champion has given himself the best advantage possible as he starts the rally.

‰ÛÏIt was a really tricky, slippery stage today but I‰Ûªve come out with the win so I‰Ûªm happy with that and get first pick for tomorrow," Price said. "It doesn‰Ûªt make too much difference to the overall rally, but it‰Ûªs nice to know my pace is good and the plan is to push on again tomorrow and hopefully get another good result.‰Û 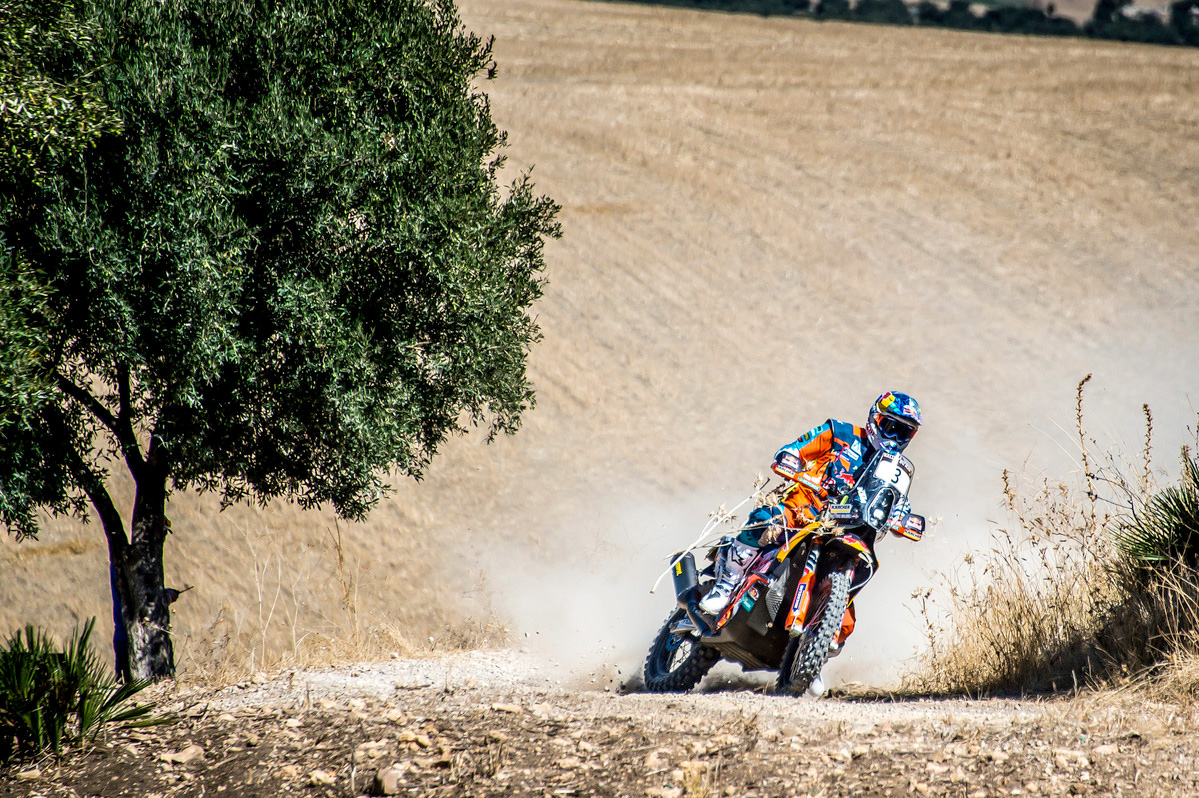 ‰ÛÏIt was a good day today, I started third and already there were lots of small stones everywhere that made the stage extremely tricky," Walkner said. "I am very happy with my performance though and didn‰Ûªt make any silly mistakes. The goal was always to arrive in the top-three, so second fastest is great. Tomorrow‰Ûªs stage doesn‰Ûªt look too bad navigation-wise but you never know. It‰Ûªs been a good start to the rally nut there are five long days ahead.‰Û 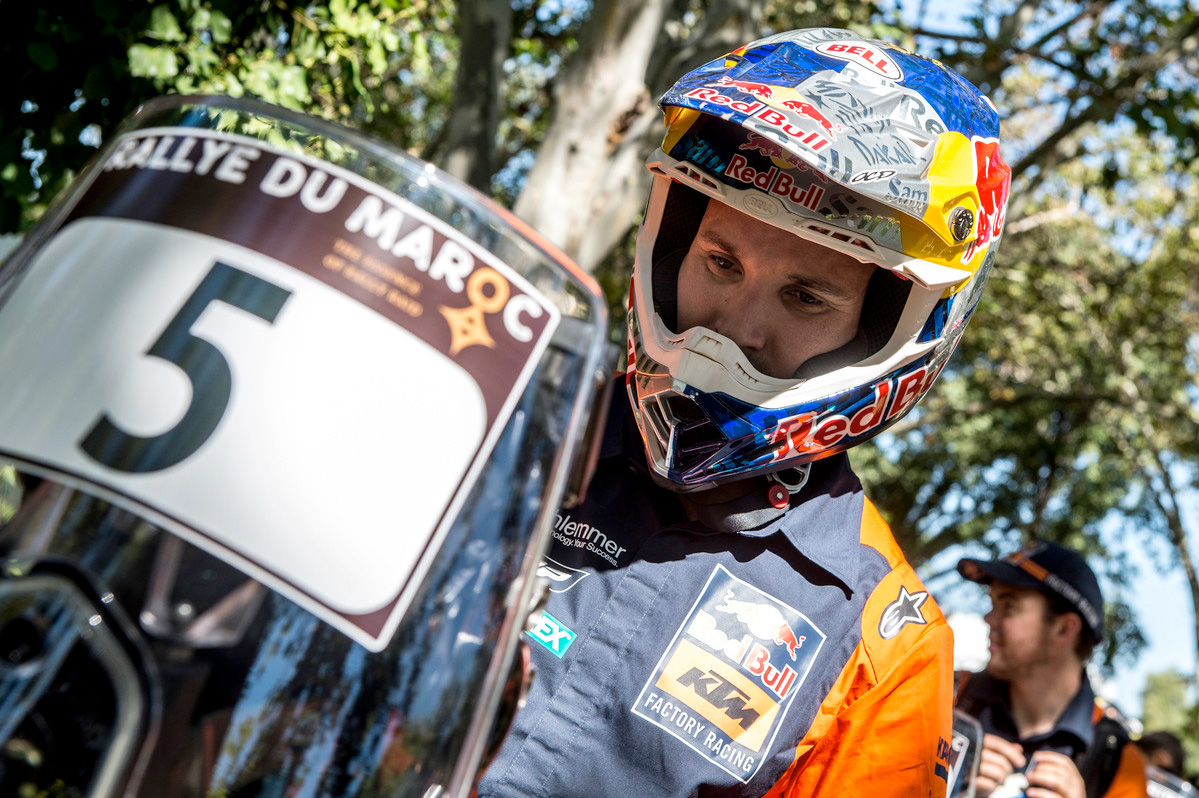 Sam Sunderland. Photo: Rally Zone
Close to full fitness following the injury he sustained to his foot at the Atacama Rally in August, Sam Sunderland was able to push hard on the day‰Ûªs special stage and claim the third fastest time. Out of the championship chase due to the rounds missed during the year, Sam‰Ûªs main goal in Morocco is to fight for a good result while building back up his strength and rhythm ahead of the Dakar Rally in just three months‰Ûª time.

‰ÛÏThat was a good stage, it was only short but gave me my first taste of proper racing since I broke my foot a couple of months ago," Sunderland said. "It‰Ûªs nice to get back in a good rhythm and third fastest is not so bad. The bike was feeling great and I am really enjoying riding right now. I‰Ûªve got a good start position for tomorrow and I‰Ûªm looking forward to the week ahead.‰Û 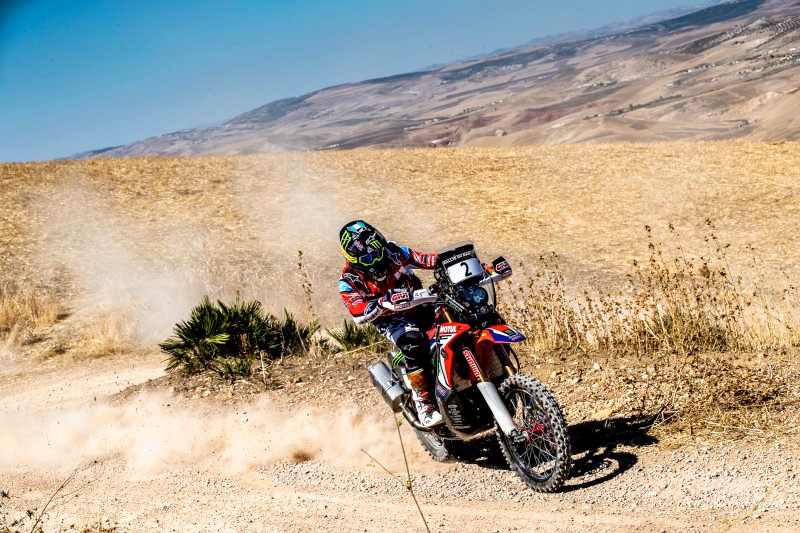 "It was a good beginning with the prologue, relaxed and without taking too many risks. I was comfortable and it was not bad. I think I‰Ûªm in a good position to choose tomorrow's start order," Benavides said. 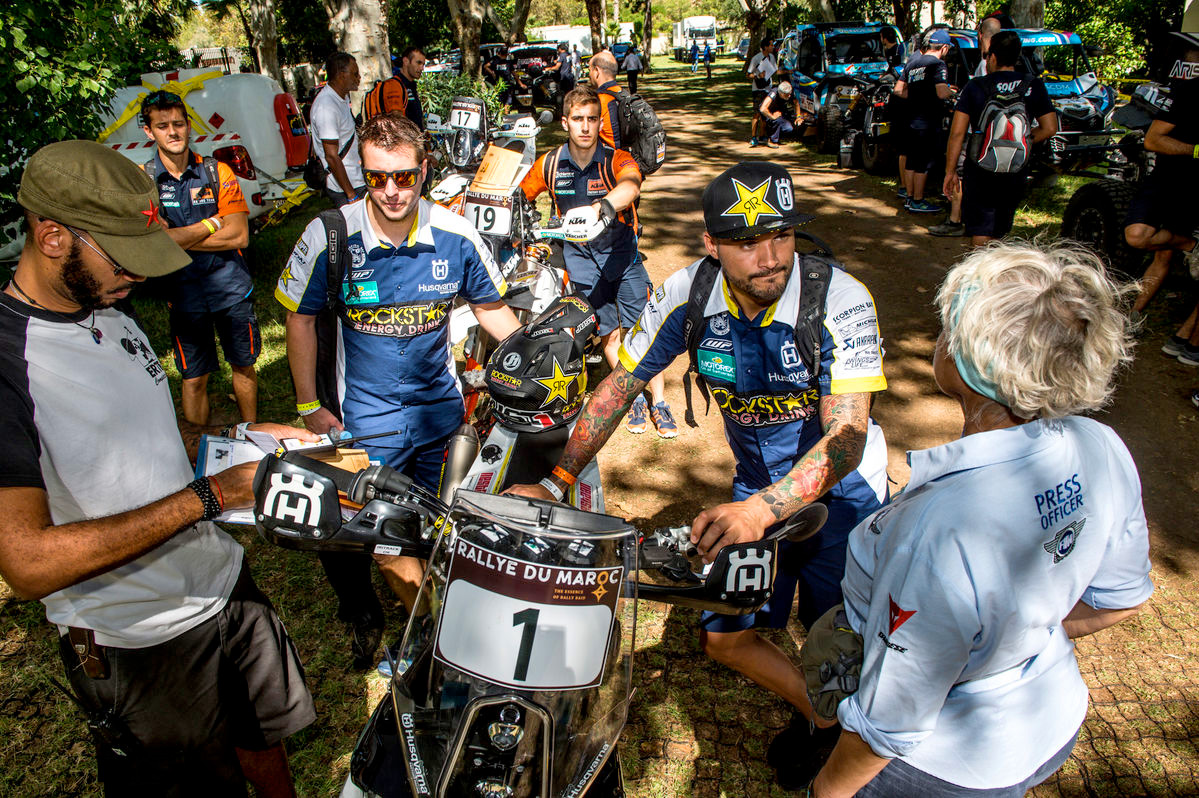 Defending champion Pablo Quintanilla finished in 8th place after starting out 1st. Photo: Rally Zone
The Chilean rally star was the first rider onto the slippery stage and as a result decided to opt for a no risk approach and successfully completed the prologue without mistakes.

‰ÛÏToday‰Ûªs Prologue was just 10km long but it was really slippery," Quintanilla said. "I was the first rider to take the start so for me conditions were worse than the riders starting after me. I didn‰Ûªt want to take any risks, so I tried to ride safely and without making mistakes. It was good to get these first few kilometres out of the way and now we are focusing on the main part of this race. The next few days will be challenging. For sure the main goal is the title and I am ready to give my best to make it happen. I feel great at the moment and I am really motivated to give everything here in Morocco.‰Û 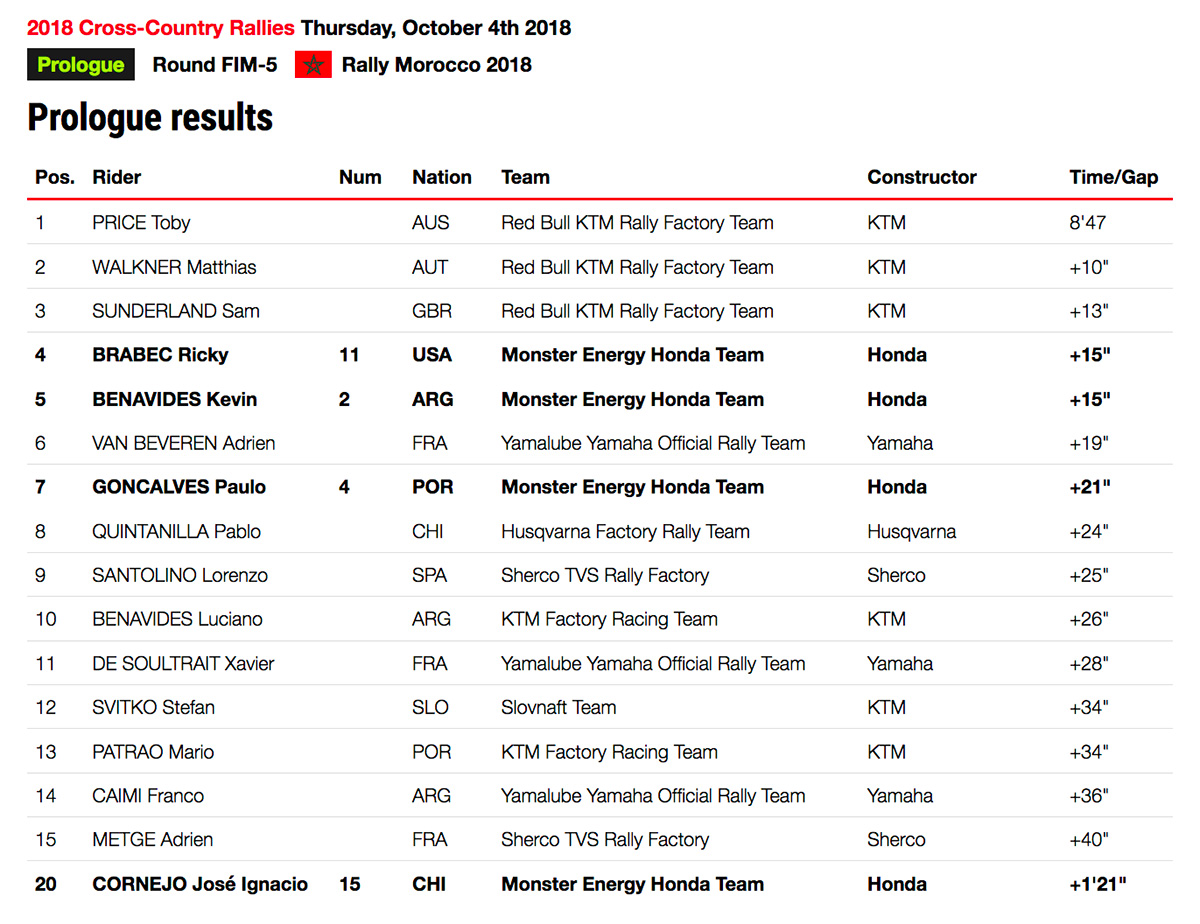