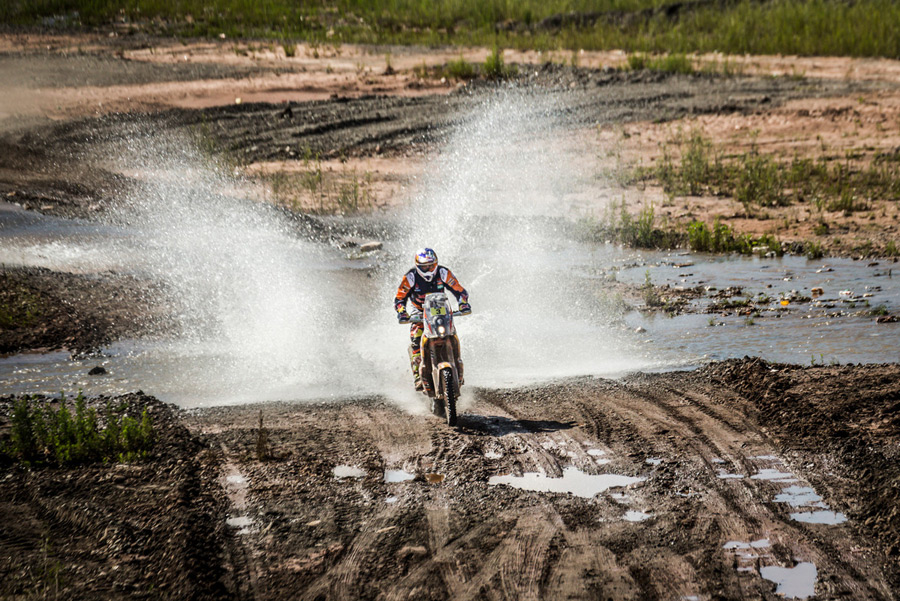 Heading into the stage with a 23 minute advantage of second ranked Sefan Svitko, the Red Bull Factory KTM Pilot again controlled the bike race today. Unlike yesterday, when he had to open the way, Price followed the pace of his rivals before making a special effort on the second half of the stage.

Crossing the line in second position for the day, just 18 seconds behind stage winner, Antoine Meo, Price reflected on another big stage of the event and his 35 minute and 23 second lead with just two stages of this years 38th edition of the Dakar Rally left to run.

‰ÛÏWe've had a good day." Price commented. "We started third and at about the 180 kilometre mark we got on to the front and led the way.

"The most difficult part was how hot it was. On the last probably fifty to eighty kilometres it was starting to heat up really bad again. We just couldn't get any airflow. It was a tough day but it's just good to be here at the finishing line.

"It's been hard on the bikes today. There's been a lot of hot weather. The bike is still going really well, there's no water leaking or anything. It still feels strong, so we're in a good spot.

"Meo put in a good time today. He got the stage win and beat me by eighteen-seconds. But it's all good, we've made a bit of time on the overall second placed rider which is our main goal and hopefully the next two days we can take it a little bit easier.

"At the moment it looks like a few people are a little bit lost and have lost some time, so it will be interesting to see once everyone has crossed the line today to see exactly where everybody is at. Maybe the podium positions may have changed around a bit by the end of the day‰Û 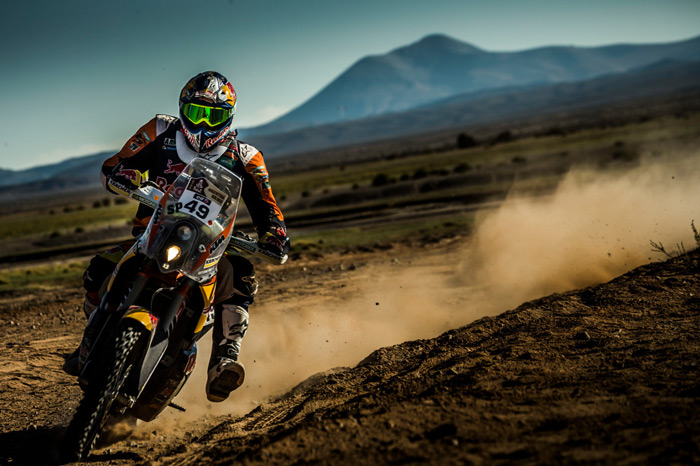 Meo grabbed the stage win and moved himself to third overall - Credit: M.Kin
While Price kept clam knowing the big picture and the final result he is chasing is still ahead of him, stage winner could not be more happy with the days stage win that lifted him into third overall in the standings in just his first Dakar event.

‰ÛÏIt's amazing." Meo enthused. "It was a tough day for navigation. I caught up with Paulo (GonÌ¤alves) Pablo, then he crashed, but I made a little mistake: I crashed before the first refuelling.

"After the refuelling it was very tough for navigation but I did a very good job. I reached the right way point at the right moment, so I think I'm also lucky but I'm very happy with the victory today.

"We'll look tonight to see what's going on and what we do. It's sure that the gap is becoming much smaller, but we'll see what we decide tomorrow‰Û