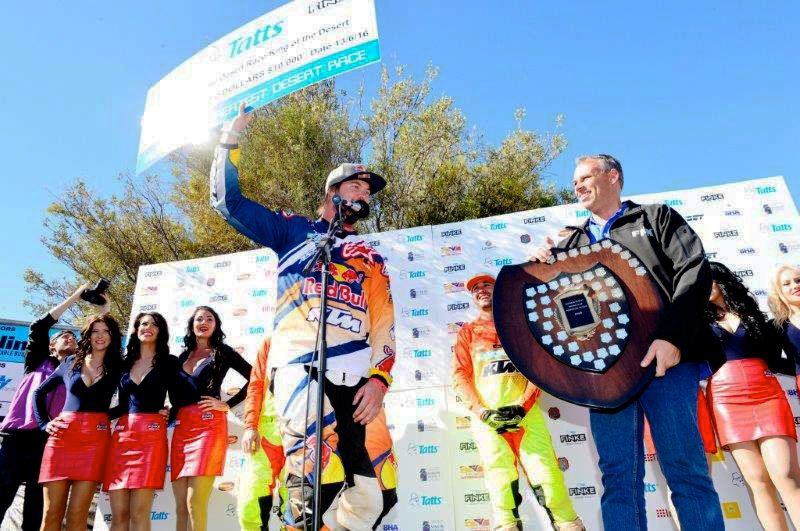 KTM factory rider Toby Price has ridden further into the deep history of the Finke Desert Race by winning this year‰Ûªs event, giving him a total of five wins in the Central Australian classic off-road event.

The victory by Price sees him equal the record number of wins achieved by former Alice Springs rider Randall Gregory.

The win was even more remarkable given that Price had chosen to add to the degree of difficulty by also competing in the 4-wheel division driving a Trophy Truck and coming home in second positon outright and first in his class before tackling Day 2 of the bike competition.

In second positon for the second consecutive year was Tye Simmonds competing on the #2 KTM 500 EXC. Completing the KTM trifecta, Alice Springs rider David Walsh on the #299 KTM 500 EXC took 3 hours 52 minutes and 11 seconds for the journey to round out the podium.

Price added a third winners trophy to his collection for the weekend by also winning the 451cc and above four stroke class again sharing the podium with his two KTM team-mates.

Nathan Trigg took the line honours in the 251cc and above two stroke class, taking a comfortable win by just under 40 minutes ahead of Billy Barry with Russell Benjamin in third.

Cody Ryan opened up his lead from day one in the the small bore two stroke class for bikes under 250cc, winning ahead of Dalton Byrne and Daniel Kennedy.

In the Veteran classes, it was Mark Sladek who took the win in the 35-39yr class from Rodney Faggotter and Anthony Fanlan. Brandon Kienhuis edged out Andrew Gillam by less than a minute to win the 40-44yr class with Tony Hardnman in third, while Tam Paul held on for the win in the over 45yr class, winning ahead of Jami Harrison and Ian Butler. 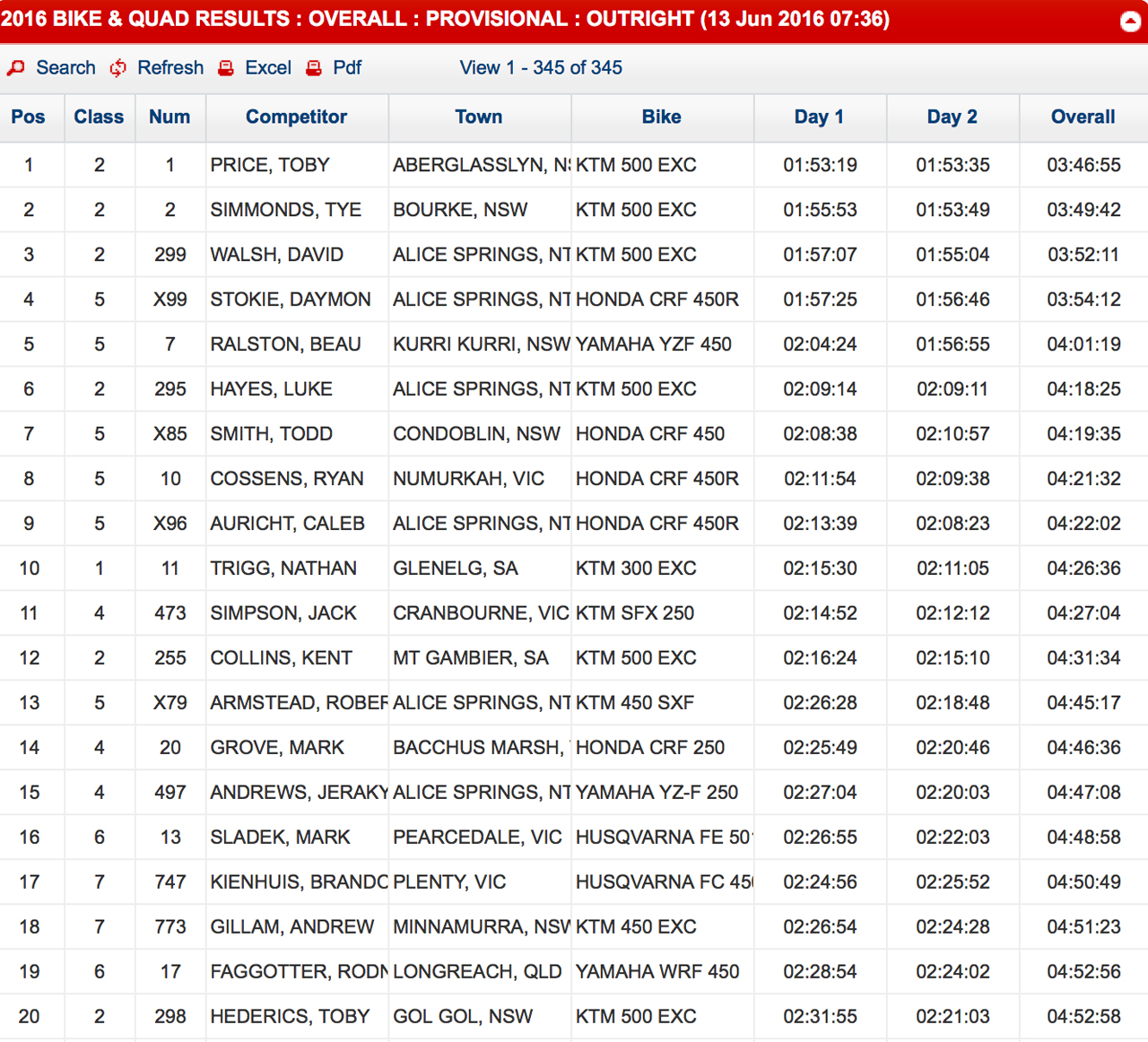