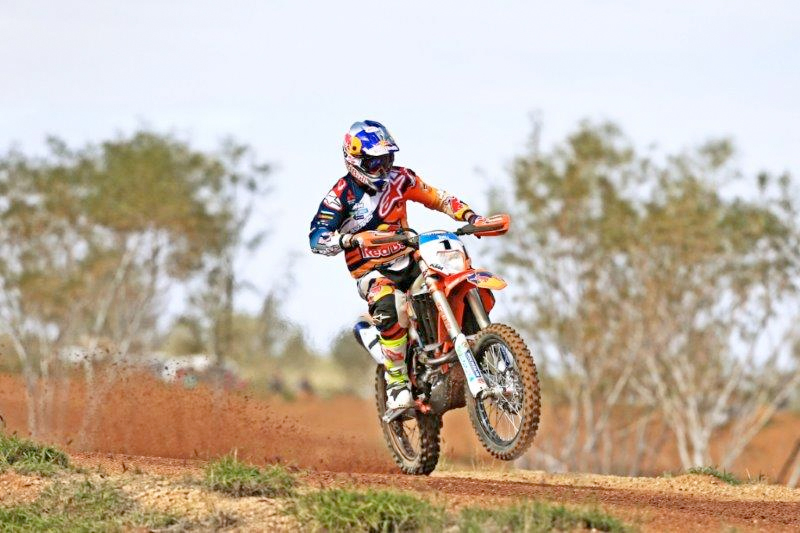 Toby Price from Aberglasslyn in NSW has again dominated the bikes on Day 1 of the 2016 Tatts Finke Desert Race by blitzing the field in the 226 kilometre run down to Finke from the Alice Springs start.

Price, who had just flown back to the start line after completing the course in a Trophy Truck where he was the Fifth truck across the line, started in the bike division from pole after setting the fastest time in prologue yesterday.

Price was never headed during his run on the track today while into the first checkpoint (Deep Well 68 kilometres from the start) it was Price, David Walsh and Tye Simmonds.

But at the Mt Squires checkpoint (172 kilometres from the start) Simmonds had overtaken Walsh into the second spot holding that position until the Finke finish.

Sixth place was filled by Jacob Smith from Condobolin in NSW (#4 Honda CRF 450 R) in a time of 2 hours 1 minute and 26 seconds.

The competition was hot across nearly every class on the way to Finke.

Price along with the Outright lead also holds down the lead in the 451cc and above four stroke class while Nathan Trigg lead the 251cc and above Two Stroke class across the line ahead of Barry Billy and Russell Bengamin.

Cody Ryan has less than a one minute lead over Justin Mcmahon in the up to 250cc two stoke class, with local Daymon Stokie leading the way in the 251cc - 450cc four stroke class.

Mark Sladek edged out Rodney Faggotter on day one to lead the the Masters 35 to 39 year class, while Brandon Kiehuis leads the older 40 - 44 year class, with Jamie Harrison leading the 45 year and over event.

Former Motocross racer, Jack Simpson lead the up to 250 four stroke at the end of day one in his maiden Finke event and also impressed by posting the 12th fastest time outright.

After camping overnight the bike field will leave Finke tomorrow (Monday June 13) at (11.30 am CST) for the run home to Alice Springs with the first bikes expected to arrive at approx. 1.45 pm CST. 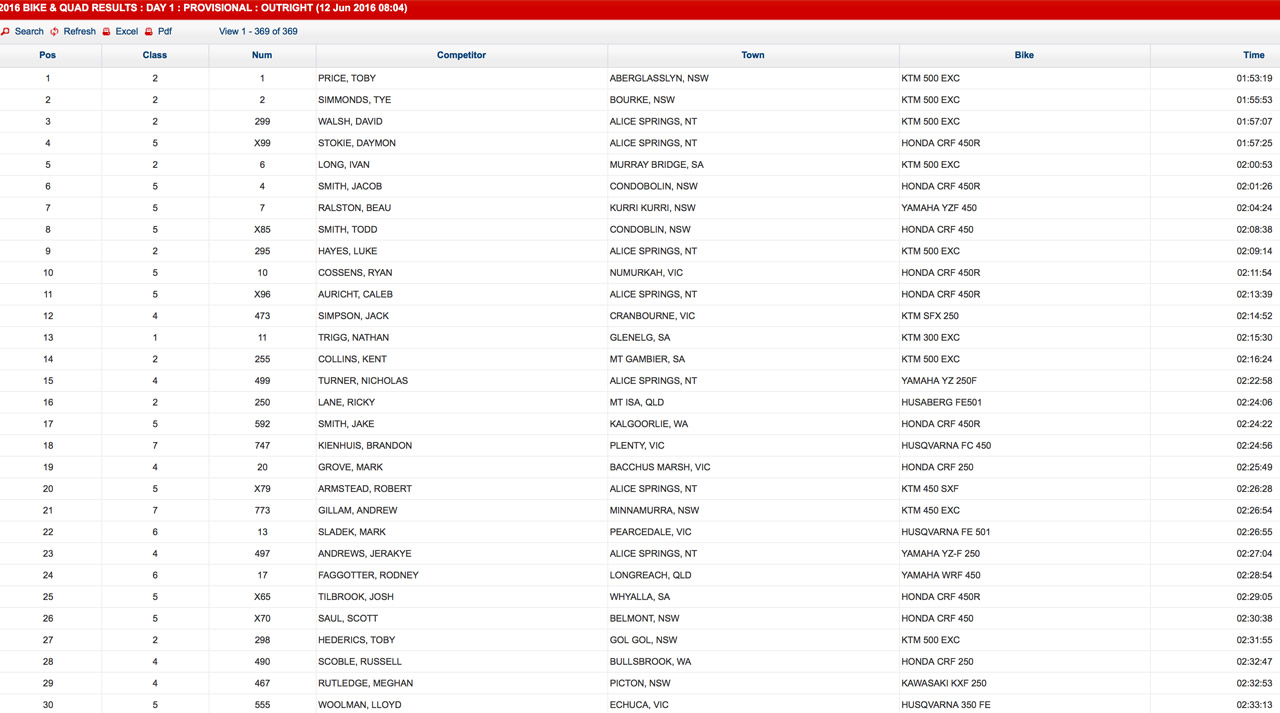