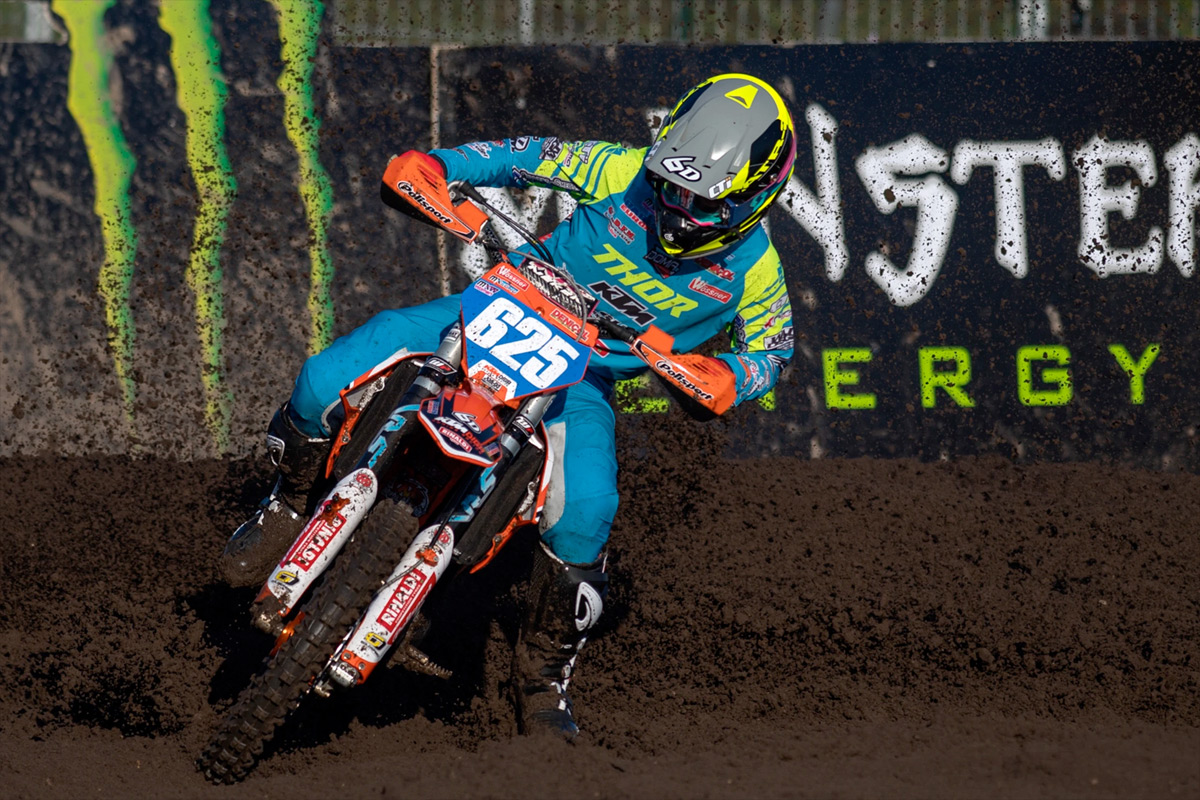 Only a short hop across the border for the Belgian KTM Diga Junior Racing squad who TJ O'Hare is racing for during the 2020 season, the team experienced a positive race weekend in Holland.

O‰ÛªHare battled her way to a career best moto finish and after the second round of the world championship currently sits 10th in the standings.

The first WMX sprint of the weekend saw the best female motocross riders in the world competing on a very rough track, and if the conditions were not tough enough, O'Hare made things even more complicated for herself with a few crashes, hitting her shoulder when she went down in the rollers on one occasion.

Eventually the Australian KTM rider worked her way to a 15th place finish in the opening moto.

On a faster, more flowing track today TJ felt a lot more at ease racing her 250 SX-F to a terrific top five start, and after making a small mistake pulled through to capture a strong eighth place at the end of the 20 minutes plus two laps event, to finish the event in 11th overall.

‰ÛÏI think I was a bit too stressed on Saturday," O'Hare commented. "Halfway through the race I calmed myself down because I made some many mistakes but things improved from there.

"After they flattened the track it was much easier to keep the speed today.

"I‰Ûªm pumped about that eight place in the second race moto, my best world championship result ever! For the moment I‰Ûªm quite pleased with my speed I just need to build more consistency into my riding to eliminate the mistakes. If I can achieve that even top-6 would be within reach.‰Û