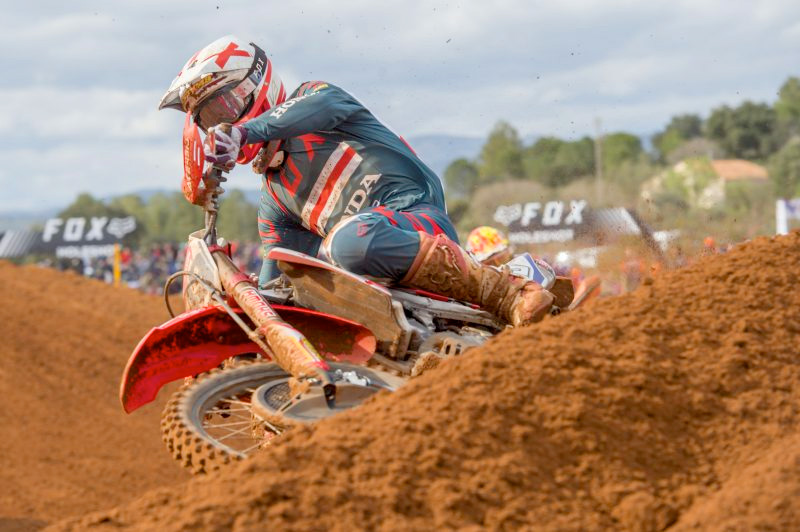 After breaking his jaw in an horrendous pre-season crash, the former World Champion is slowly finding form and satisfied with his progress so far. Photo: Bavo
The third Grand Prix of the 2018 Motocross World Championship has drawn to a close at the RedSand MX Park in Spain, with Tim Gajser eighth and sixth in the two MXGP race.

After breaking his jaw in an horrendous pre-season crash, the former World Champion is slowly finding form and satisfied with his progress so far.

Gajser mastered the first corner perfectly as the gates dropped for race one, making up several places and running second in the very early stages of the moto. He then soon lost one place to eventual round winner Tony Cairoli before dropping down three more positions on lap three. As the encounter reached its second half, he closed in on Jeremy Seewer and elevated himself to fifth, before being passed by Julien Lieber. During the final lap, however, a coming together with Seewer cost him two places as after picking his bike up, Gajser crossed the line eighth.

The Slovenian had another great start in race two as he once again ran as high as second before crossing the finish line for the first time. After moving down to sixth place on lap three, the two-time World Champion settled into a consistent rhythm, which allowed him to maintain his position up to the chequered flag. 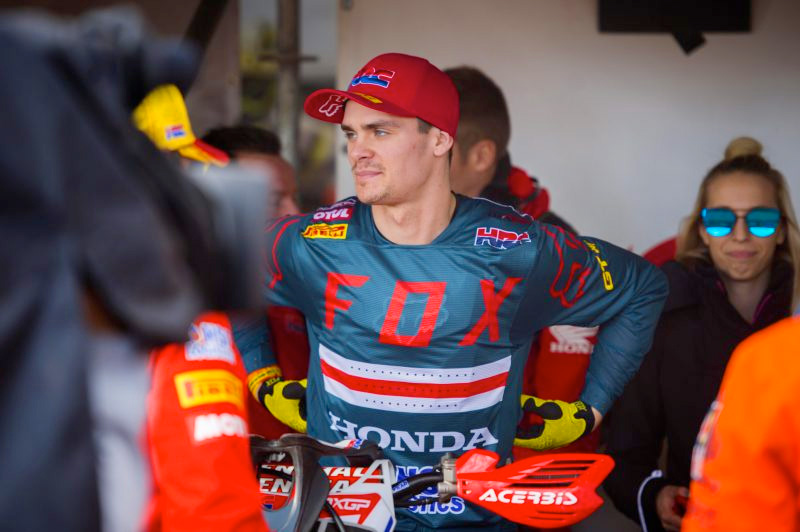 Gajser sits 6th in the MXGP standings, despite missing the opening round in Argentina. Photo: Bavo
"I would say today was not so bad," Gajser reflected. "It has definitely been an improvement from Valkenswaard; the riding was better and so was the feeling, although obviously we‰Ûªre still not where we‰Ûªd like to be ‰ÛÒ but we take this sixth place.

"I want to thank the team because the bike was amazing, now it‰Ûªs up to me to work hard to get back to the level I know I can ride at. I think together we can soon get some great results. Now I look forward to Arco, where I‰Ûªm sure there‰Ûªll be a lot of support from my home fans - who always get there in great numbers.

HRC General Manager - MXGP - Marcus Pereira de Freitas, added, "Tim did a good job today by finishing sixth in race two, after the coming together with another rider in race one that cost him a couple of places. Let‰Ûªs not forget this was his second race day of the year ‰ÛÒ and the second of two back-to-back rounds ‰ÛÒ so this was surely an encouraging performance in every aspect. Now he has some more time for training ahead of the next Grand Prix, where I‰Ûªm sure we‰Ûªll see another step forward from him."

With an overall result of 6th, the Team HRC rider is now 11th in the championship standings.

Gajser and Team HRC will return to their headquarters in Italy to get ready for the first of the year‰Ûªs three home rounds, which takes place in two weekends at Pietramurata in northern Italy. 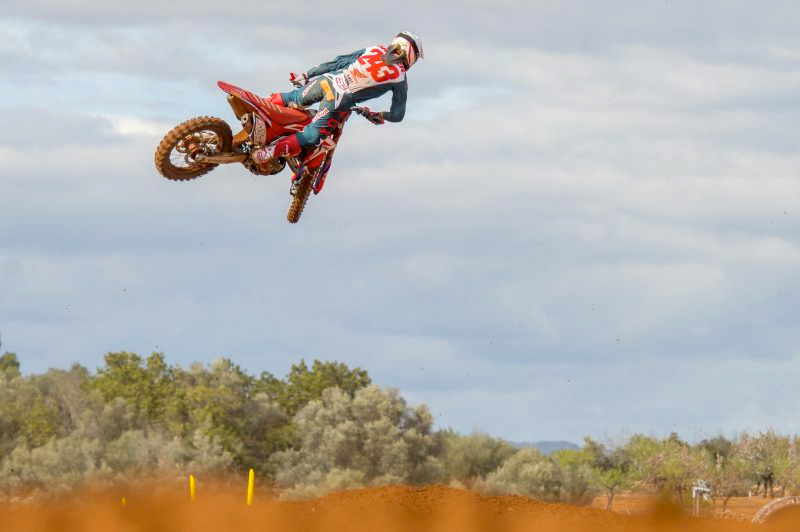 Gajser in action at RedSand in Spain Photo: Bavo