Tim Gajser and Jeffrey Herlings On Pole Again In Latvia 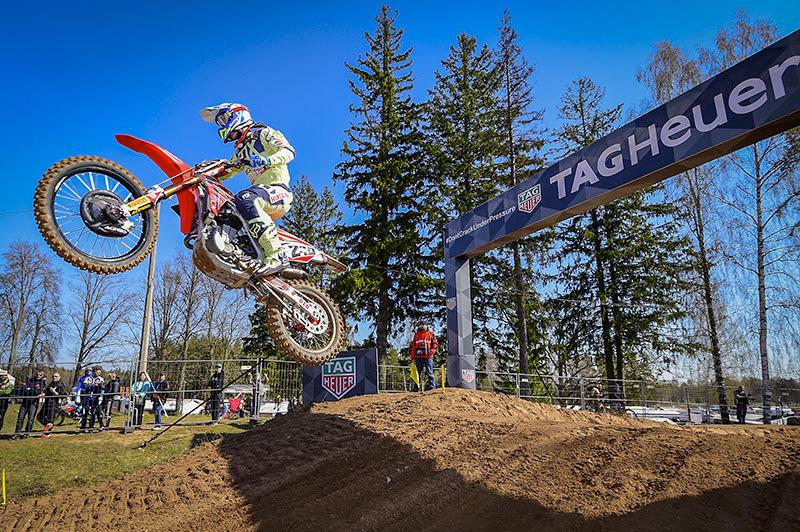 The track in Kegums, Latvia for this weekends round of the World Motocross Championship has welcomed riders with a warm brown sandy appearance that looks light and fluffy and a load of fun, at least for those that stand trackside.

For those that are out on the track racing, it is an entirely different beast as the hard base is deceivingly slick in places and gets extremely rough with massive high speed braking bumps into the turns, and sharp acceleration bumps out.

Although the track got the better of Honda Gariboldi‰Ûªs Tim Gajser back in 2014 when he broke his back at the Monster Energy FIM Motocross of Nations, that certainly wasn‰Ûªt playing on his mind today as he snatched the lead from Red Bull KTM Factory Racing‰Ûªs Antonio Cairoli in the final stages of the qualifying race to take his third consecutive Qualifying Race win.

There was carnage at the start of the MXGP Qualifier as the two riders that were fastest in Timed Practice Team HRC‰Ûªs Evgeny Bobryshev and Monster Energy DRT Kawasaki‰Ûªs Tommy Searle crashed å_ of the way down the start straight after Honda Gariboldi‰Ûªs Tim Gajser tagged Bobby and ripped the ‰Û÷bars out of his hands. Searle rejoined the race but crashed again on his own a little bit later, while Bobby was less fortunate and looked uncomfortable as he walked towards the medical center.

Gajser wasn‰Ûªt collected in the crash and came out of the first turn in second behind Red Bull KTM Factory Racing‰Ûªs Antonio Cairoli who went on to lead the entire race except the final three laps.

Meanwhile Team Suzuki World MXGP‰Ûªs Kevin Strijbos kept the leaders in check for the most part of the race while a tight battle for fourth took place between Monster Energy Yamaha Factory Racing‰Ûªs duo of Jeremy Van Horebeek and Romain Febvre and Wilvo Virus Performance KTM‰Ûªs Shaun Simpson. When Febvre sees huge kickers, he just hammers the throttle, which is exactly the technique he used to get around Simpson for fifth.

In the latter stages of the race Gajser unleashed the beast, pinning it through the waves and up the inside of Cairoli to take the lead and his third consecutive qualifying heat win. Van Horebeek, on the other hand, hit the boost button on the final lap and took third making his fellow Belgian, Strijbos the filling in a Yam sandwich as Febvre rounded out the top five.

Rockstar Energy Husqvarna‰Ûªs Max Nagl looked awesome out here in Kegums as he launched the ski jumps bigger than anyone else on his way to sixth from outside the top ten, while Team Suzuki World MXGP‰Ûªs Ben Townley made his return to the championship with a seventh ahead of Simpson. 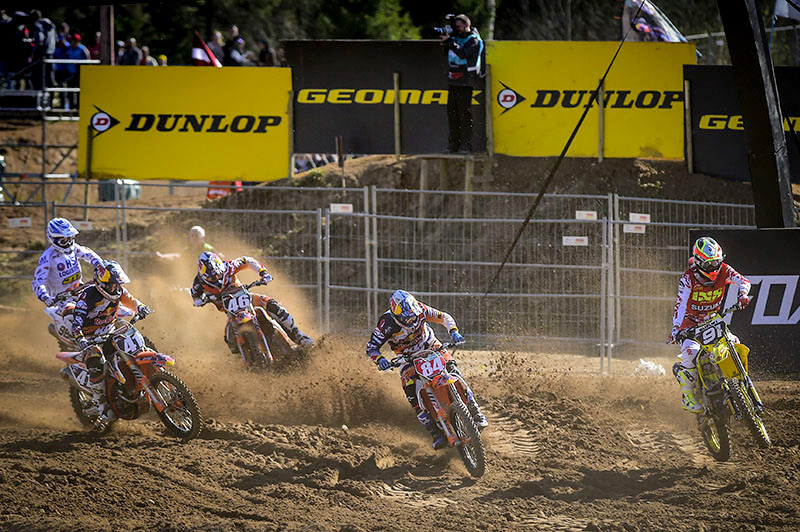 Team Suzuki World MX2‰Ûªs Jeremy Seewer was revved up when the gates dropped for the MX2 Qualifying Race.

Back to Seewer, he put in an epic ride for the first two laps complete with big whips before The Bullet, Herlings, scrubbed past him for the lead. Jonass soon got around Seewer as well but couldn‰Ûªt match the lap times of his teammate to even think about challenging for the win.

In the meantime, Rockstar Energy Husqvarna‰Ûªs Max Anstie was on the gas and blitzed past Paturel and Bogers to take over fourth and then chomped down a hefty gap to challenge Seewer for third. Anstie threw everything but the kitchen sink at the Suzuki rider but in the end couldn‰Ûªt get the job done and had to settle for fourth.

Monster Energy Kawasaki Racing Team‰Ûªs Dylan Ferrandis had a good race considering it‰Ûªs his first since the season opener in Qatar. The doctor only gave him the ‰Û÷OK‰Ûª to ride one week ago, so he hasn‰Ûªt had much time on the bike. Nevertheless, he was pinned and came from outside the top ten to finish fifth.