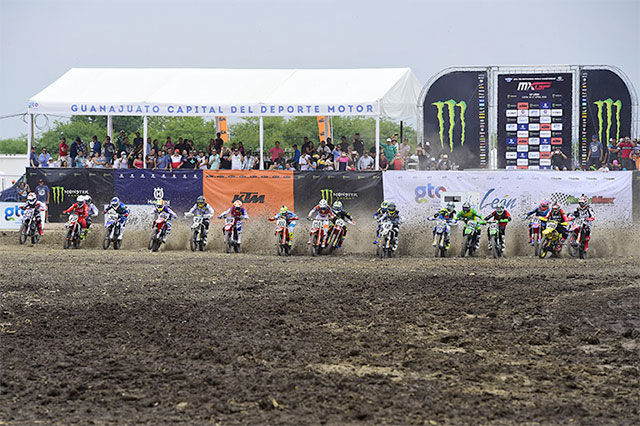 Round five of the FIM Motocross World Championship kicked off today on the man-made track, which was specifically designed and built to host the MXGP here in Leon, where Honda Gariboldi‰Ûªs Tim Gajser and Red Bull KTM Factory Racing‰Ûªs Jeffrey Herlings have the early advantage of pole position heading into race day tomorrow.

Frantic action opened the MXGP Qualifier, which is what we have come to expect from the premier class. Honda Gariboldi‰Ûªs Tim Gajser got off to a cracking start ahead of Monster Energy DRT Kawasaki‰Ûªs Tommy Searle, Rockstar Energy Husqvarna Factory Racing‰Ûªs Max Nagl and Red Bull KTM Factory Racing‰Ûªs Antonio Cairoli. Nagl bobbled a few turns in and dropped back to seventh, while Team HRC‰Ûªs Evgeny Bobryshev took advantage of a mistake by Cairoli to move into third on the opening lap.

The tricky dirt out here in Leon, a blend of hard soil and straw, which was imported and blended in order to soften and moisten the track compound, caught a lot of riders out. One of the riders struggling with soil was the defending champ Monster Energy Yamaha Factory Racing‰Ûªs Romain Febvre, who kept missing his marks and was pushed back to seventh by Team Suzuki World MXGP‰Ûªs Kevin Strijbos and a rebounding Max Nagl.

After running second most of the moto, Tommy Searle soon had his hands full as a massive party of talent in the form of Bobryshev, Cairoli, Nagl and Strijbos crept in. Bobryshev managed to drop Searle with a textbook move up the inside, which was replicated by Cairoli and Nagl a lap later.

It was smooth sailing for Gajser who checked out for his second consecutive qualifying heat win. Meanwhile, Bobryshev worked hard to take second with a couple of laps to go only to throw it away with a mistake on the final lap. Cairoli took over second with thanks, followed by Nagl. Bobby managed to recover for fourth while Febvre put in a last lap charge to pass Searle for fifth. 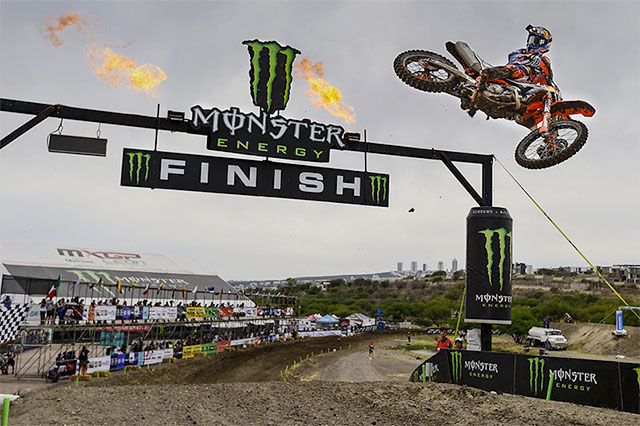 Jeffrey Herlings could be the first person to ever get bored with winning! the Dutchman took the MX2 class qualifying race again.
A blur of orange flew through turn one with all three Red Bull KTM riders Pauls Jonass, Davy Pootjes and Jeffrey Herlings leading the way. Pootjes ran in too hot and went wide which allowed his teammate through followed by TM Racing Factory Team‰Ûªs Samuele Bernardini and Wilvo Standing Construct Yamaha‰Ûªs Aleksandr Tonkov.

Less than a quarter of a lap in and Bernardini impressively split the KTM‰Ûªs when he passed Herlings to take over second. As Herlings raised an eyebrow at the surprise performance of the TM rider, Tonkov withdrew with a bike problem, which allowed Team Suzuki World MX2‰Ûªs Jeremy Seewer and Monster Energy DRT Kawasaki‰Ûªs Vsevelod Brylyakov to slot into the top five.