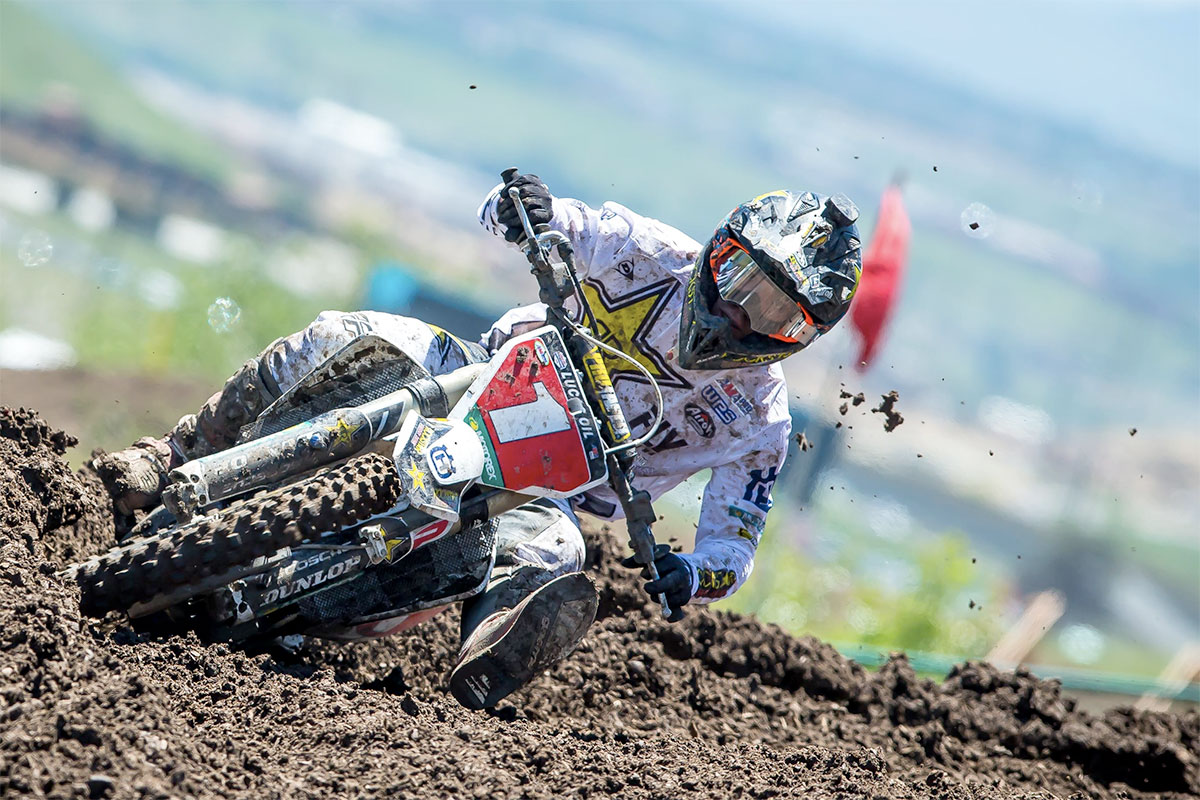 With a 5-20 finish Osborne now sits 4th in the 250 standings, 24 points adrift from championship leader Jeremy Martin.
Rockstar Energy Husqvarna Factory Racing's Zach Osborne has hit a bump in the road to defending his 250MX title after overcoming a crash and fighting the effects of a previously injured thumb at the third round of the Lucas Oils AMA Pro Motocross Championship at Lakewood, Colo.

The defending 250 champion was third at the start of the first 250 moto and was showing some drive as he started challenging riders. Nursing an injury, he was shuffled back to fourth in the second lap but still put the pressure on. He made a successful pass for third in the sixth lap then started battling for position with Jeremy Martin in the 10th lap. He went back to fourth after making a couple mistakes and would eventually finish fifth.

He got a good start in the second moto but got hit right after taking off and went down. The crash caused his shoulder to come out of place, but he regrouped and remounted in the very back of the pack. He put on a charge and made it up to 25th with three minutes remaining. He continued to charge in order to salvage valuable championship points and finished 20th.