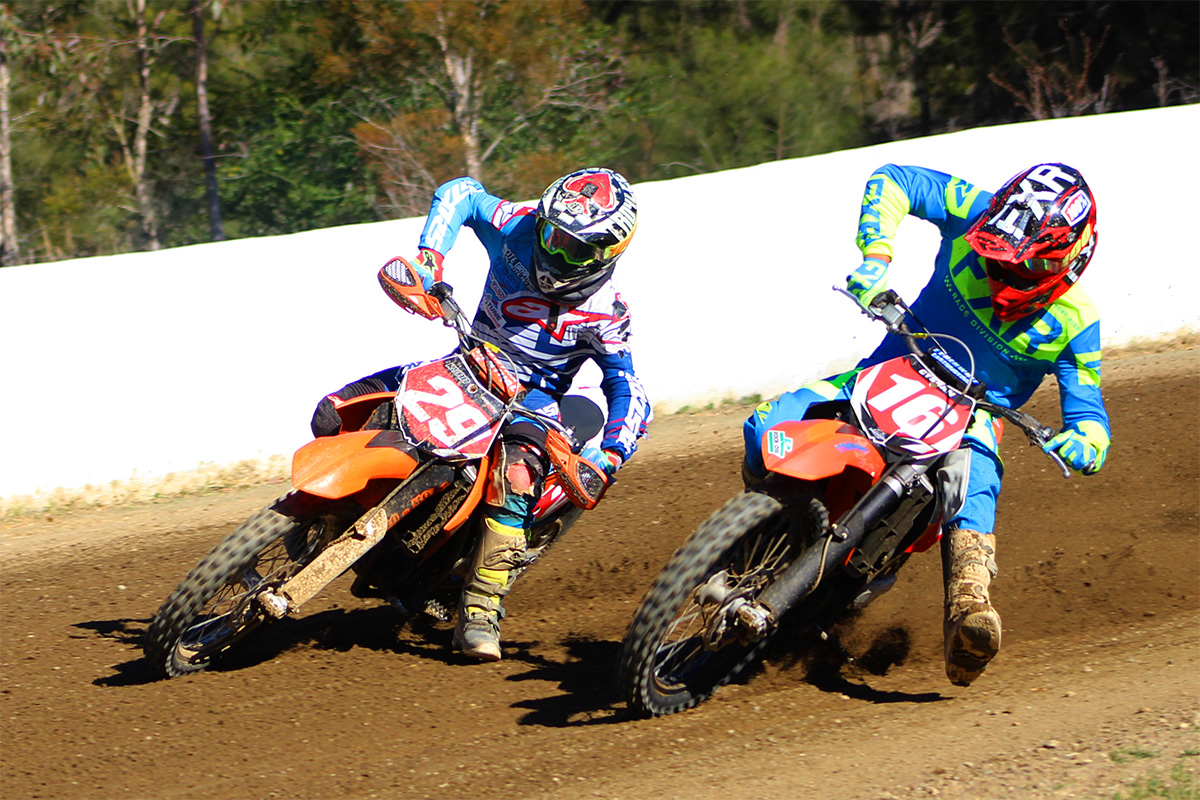 Outdoing all was North Brisbane rider Cyshan Weale who claimed a ‰Û÷triple-treat‰Ûª in the highly competitive 13 to Under 16 years classes.

Points had already been banked from the first two rounds so in those 11 classes with bigger entry lists riders had only one more heat to accumulate points before a repechage (where necessary) and then a one-off final.

Significantly only five top-scorers from the heats went on to win the final in that class. Just one championship class was decided on points over five rounds.

Action in the older age bracket invariably takes the most attention, for one reason these are the riders closest to heading in to senior competition.

For the second year in a row one rider won the three main classes ‰ÛÒ 2-stroke, Combined and 4-stroke- Cyshan Weale emulating the feat of Kye Andrews at Taree last year.

Weale had five wins and four second placings across the heats in the three classes before come-from-behind efforts in two of the finals.

Host club rider Ryan Smith chased Weale home in all three finals, with another Queenslander Seth Qualischeski rewarded for being involved in some fierce battles with third placings in two of those classes, while Gunnedah rider Thomas Donnelly was the other third placegetter.

There was some consolation for Ryan Smith with victory in the 85cc 2-stroke / 150cc 4-stroke Big Wheel class. Like Smith, Tom Drane contested four classes taking the honours in both the 65cc class for the 9 to Under 13s and the 85cc 4-stroke Modified class for 10 to Under 14s.

The other host club success came for Cameron Dunker who lowered the colours of defending champion Hayden Nelson in the 85cc 2-stroke / 150cc 4-stroke Standard Wheel class for the 9 to Under 11s.

Riley Nauta was the other winner, taking out the 50cc Auto Div.2 class for the 7 to Under 9s by matching the effort of both Dunker and Drane with wins in all three heats before the final.

This second day of championship racing came nine weeks after the scheduled second day on the June long weekend was washed out.

There was a small number of riders did not return for this championship finale on thankfully a sunny, but cool day Sunday when fans were treated to plenty of close, hard- fought action that yet again showed the quality of young riders coming through the sport.

Besides the riders mentioned, dual placegetters Harrison Voight and Thomas Bullen and a number of riders who went home without trophies confirmed that the future looks to be in good hands.