Thor MX1 class heating up ahead of Round 1

The Thor MX1 Class is simply stacked. There are close to ten riders who have the speed and the ability to win races, making this year‰Ûªs Motul MX Nationals truly exciting for those attempting to tip who will win the 2017 Championship.

With only three days remaining until round one of the series takes place at Wonthaggi, we‰Ûªre frantically trying to work out who will finish the season opener on top, and decode some of the factors as to why these riders are so successful.

Today we look at six of the heavy hitters in the Thor MX1 class, and put in to words what we think they‰Ûªll be bringing to round one this Sunday. 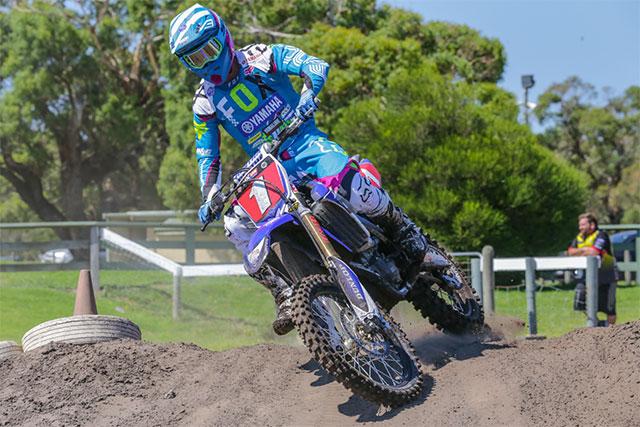 Dean Ferris
Can he do it again? Can he go back to back with MX1 titles? That‰Ûªs the question everyone is asking. Last year Ferris was dominant, however there were a number of instances throughout the season where the CDR Yamaha rider became his own worst enemy crashing whilst out in front and putting his title hopes into jeopardy. This year, Ferris has once again undergone a solid pre season in New Zealand and appears to be entering round one injury free, and high on confidence. But has Ferris outgrown riding at 150% every time he hits the track? Or has the Kyogle kid matured with his riding, and now has his eyes on the bigger picture? This weekend Ferris will showcase what he‰Ûªs been working on since we saw him last, and one thing we know for sure it‰Ûªs that where Ferris is concerned, racing is always entertaining. 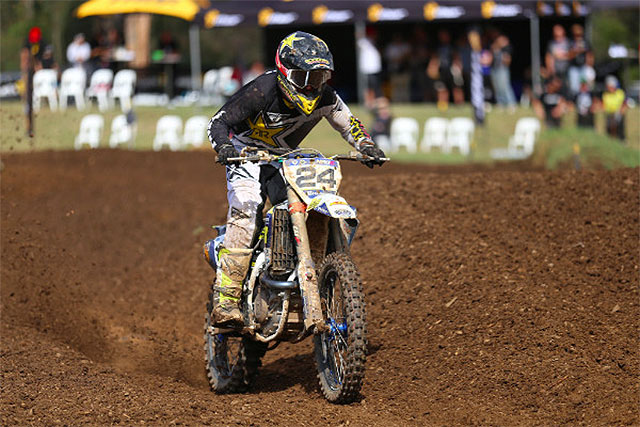 Brett Metcalfe
He‰Ûªs back in Oz, and if last year‰Ûªs selected appearances are anything to go by, Brett Metcalfe may be well and truly in the running for this year‰Ûªs championship. It only took Metty until round two of the championship last year to win his first moto (Moto 2 ‰ÛÒ Appin) and by round four, he was on the podium again (3rd at Murray Bridge) before he departed Australia to return to his overseas racing commitments. So what does that mean for this year‰Ûªs MX1 title hopefuls? It means that there‰Ûªs a whole new threat to the crown. So far, Metcalfe has flown under the radar, and there‰Ûªs been little talk of him being of the most experienced riders in the pits, but if there‰Ûªs one thing that‰Ûªs for sure, talk or not, we can‰Ûªt wait to see what Metcalf brings to round one. 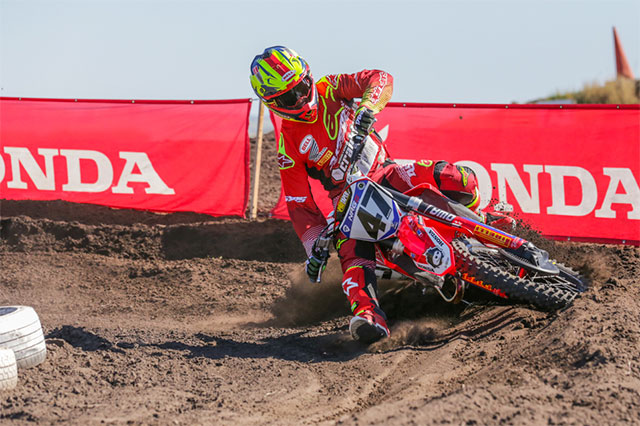 Todd Waters
Crankt Protein Honda Racing Team rider Todd Waters attracted a lot of attention with his less than secret signing to the factory Honda team last year, and with the highly anticipated release of the all new 2017 CRF450R, many are eager to see exactly what the Queenslander can do on a new bike with a new team. In 2016 Waters finished the championship in third overall, which for him was a far cry from what he had planned when he returned from Europe to contest the Australian Motocross Championship. This year is more important than ever for Honda‰Ûªs number one rider. The manufacturer has expressed their need to win a championship so the pressure is on. Can Waters step things up on the 2017 Honda, and put any doubts to rest? We‰Ûªll find out this weekend. 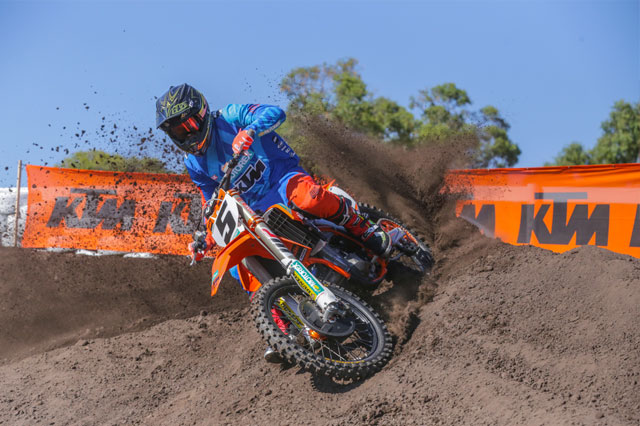 Kirk Gibbs
He‰Ûªs been the champ before, and he came closer than ever in 2016, with himself and Ferris battling it out all the way to the final moto at Coolum. If there‰Ûªs one thing we‰Ûªve learnt about Kirk Gibbs since he won his first MX1 Championship in 2015, it‰Ûªs that anything less simply doesn‰Ûªt cut it. Throughout the past two years, the KTM rider has been forced to overcome nasty injuries ahead of the season kicking off, but what he has proved time and time again, it‰Ûªs that if there‰Ûªs one rider who can bounce back like no other it‰Ûªs Kirk Gibbs. He‰Ûªs beat all of the top riders at some point or another, and last year he was without a doubt the most consistent athlete in his class. In 2017, Gibbs will be grinding away to get another title under his belt, and after recently spending time riding in Victoria in preparation for Round 1, the KTM rider looks as if he could be in the best form he‰Ûªs been in years. 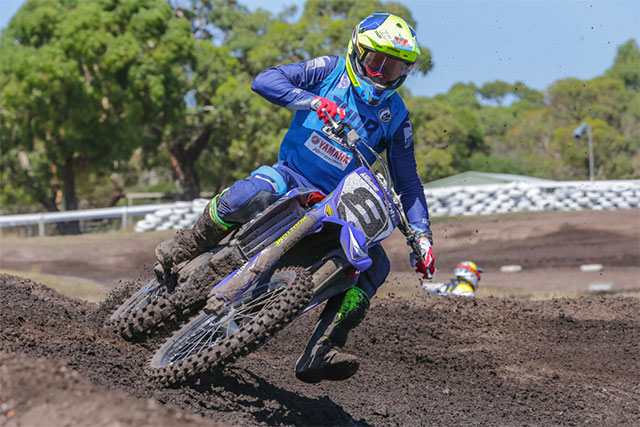 Kade Mosig
He‰Ûªs raced for nearly every factory team in the pits, but a title has always been just out of reach for Kade Mosig. After finishing second in both Motocross and Supercross in 2015, many people thought that 2016 was Kade‰Ûªs year, but last season just didn‰Ûªt seem to go to plan for the Victorian aboard Kawasaki, and at the conclusion of both series‰Ûª the MX1 rider was forced to evaluate his options and sign with Privateer race team DPH Motorsport. However, regardless of not being labelled a ‰Û÷factory outfit‰Ûª DPH Motorsport is one of the strongest teams in the MX Nationals paddock. They have solid support from Yamaha Australia, and they have won championships ‰ÛÒ not due to luck either. If Mosig and DPH can work as hard as their competition, there is no reason why the Victorian can‰Ûªt win races this year. The biggest question is whether he can win a title? Wonthaggi is a home track for Mosig, and is the perfect location for him to kick off his season. Could we see a home grown win this Sunday? 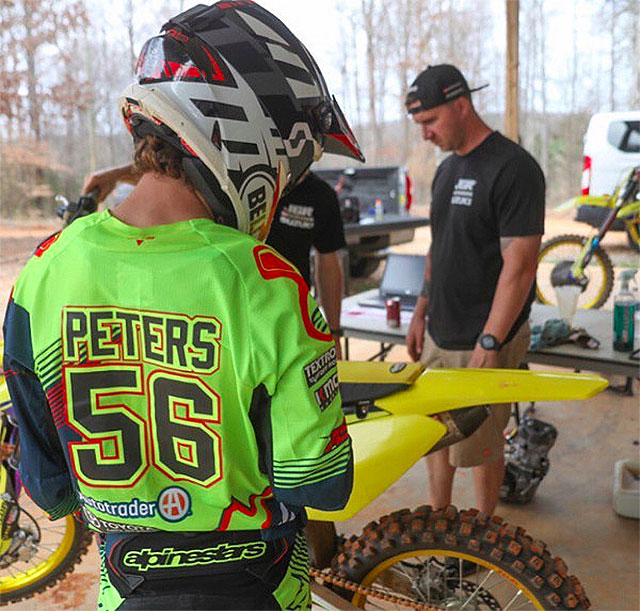 Kyle Peters
The American import. The first round of Motocross Peters raced in Australia (Toowoomba 2016) he won a moto against some of the toughest competition the championship has seen in years. Then fast forward to the Australian Supercross Championship and Peters again stuck it to not only Australia‰Ûªs fastest riders, but his fellow Americans too. When racing wrapped up in Australia, Peters expressed his desire to stay on and compete for a full season at the Motul MX Nationals. Thankfully Wilson Coolair Motul Factory Suzuki jumped on board, and now we get to watch the American throw down every weekend. After spending the last few weeks training at ClubMX, Peters is another rider who‰Ûªs attracted little attention during the pre-season, but flying under the radar seems to be his style, and when gates drop this weekend, we can‰Ûªt wait to see where he slots in to the Australian MX1 competition.

The first round of the 2017 Motul MX Nationals will be held at Wonthaggi in Victoria on Sunday April 2.