Thomas Luthi Wins With A Last-Gasp Effort At Valencia 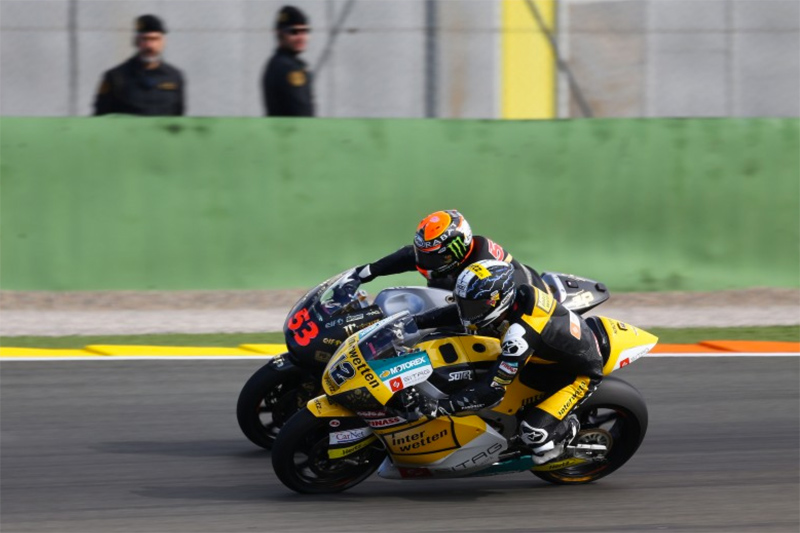 On several occasions the Swiss rider was to able to sneak past the Spaniard - for the last time at Turn Two on the final lap - but he was never able to make it stick, Rabat always reclaiming the advantage in an instant.

As the pair accelerated out of the final corner for the last time Rabat was several metres in front and seemed all set for his eighth victory of the season when he suffered slight fuel starvation and Luthi went charging past. Rabat's problem was caused by a lower track temperature that caused more slides which used more fuel, leaving him a fraction short at the end.

That lost Rabat just enough acceleration to allow Luthi to blast past to win his second victory from the last four races and secure fourth place in the championship.

Luthi has come on strong during the last few races thanks to a revised chassis from Suter that turned his season around, allowing to win his first race of the year at Motegi.

At the line the pair were covered by just 0.133 seconds.hard-fought Honda-powered series.

"That was a surprise! Out of the exit of the last corner I couldn't believe it - I thought maybe it was a yellow flag - but then I realised something was wrong with his bike and I took profit of that." Luthi commented.

"Tito was so strong, he made no mistakes and I couldn't really get by him all race, until those last few seconds. Now me and my team go our separate ways and I think this is the best way to thank them for all their work." 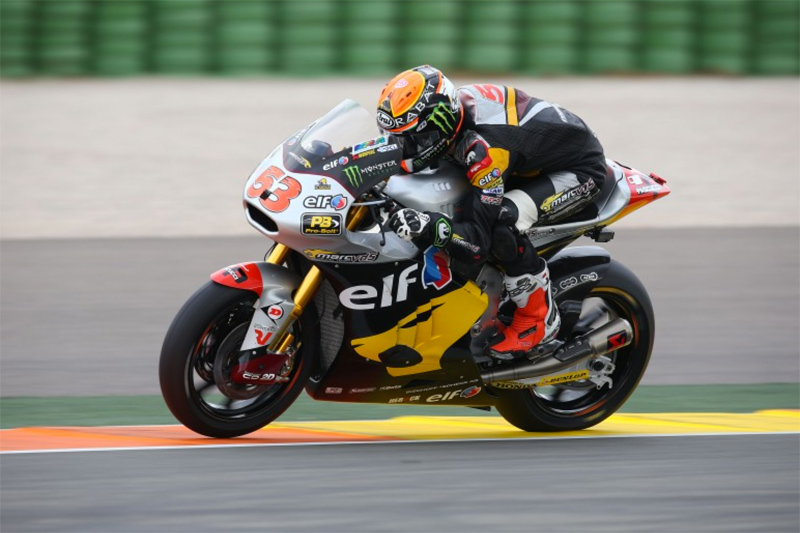 "I made a good start and found a good rhythm. I wanted to stay in front of Tom because his bike was faster than mine. But the cooler temperature made the bike slide more, so after the last corner the last bit of fuel didn't make it into the engine properly." Rabat explained.

"Anyway, I'm so happy with the work of the team and I've had the best bike all season. My thanks to my team and sponsors and sorry to the fans for today!

Johann Zarco (AirAsia Caterham, Caterham Suter) took a strong third-place finish all on his own. It was the French rider's fourth podium result of the year. He spent the early laps battling with Dominique Aegerter (Technomag carXpert, Suter) and Franco Morbidelli (Italtrans Racing Team, Kalex), who later fell and remounted to finish 21st.

Sam Lowes (Speed Up, Speed Up) was a lonely seventh, well ahead of a five-man contest for eighth which was won by Marcel Schrotter (Tech 3, Tech 3) ahead of Anthony West (QMMF Racing Team, Speed Up), Lorenzo Baldassari (Gresini Moto2, Suter) and Jordi Torres (Mapfre Aspar Team, Suter).

Maverick Vinales (Paginas Amarillas HP 40, Kalex) and Mike Kallio (Marc VDS Racing Team, Kalex) were all set to battle for runner-up spot in the championship until they collided on the first lap. Vinales continued following repairs but soon pulled into the pits again, his race over. 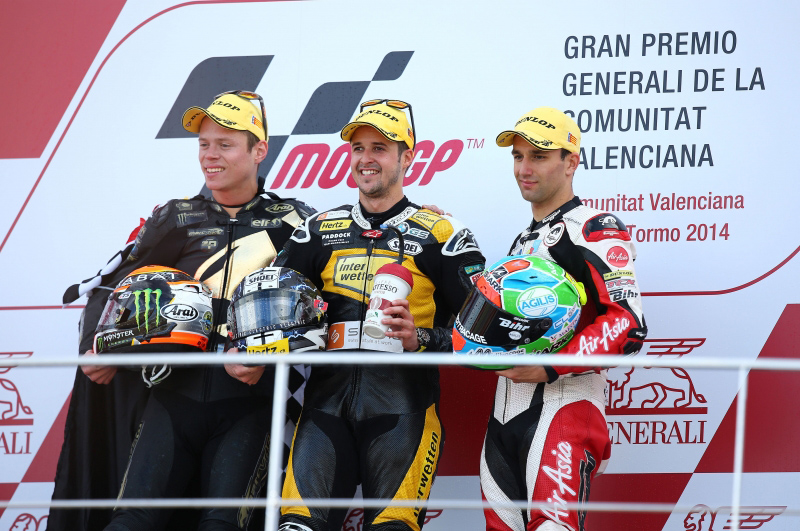