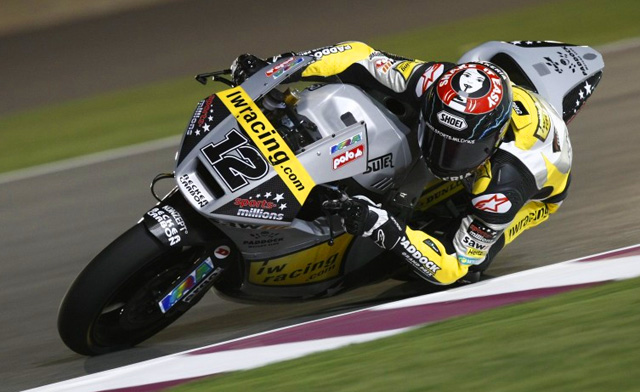 Former 125cc World Champion Thomas Luthi put in a very fast time on his second flying lap of the course, then spent the remainder of the session working on race set-up.

The strategy turned out to be the right one, though there were some anxious moments at the end. Marc Marquez came within .072s of Luthi, with Speed Master rider Andrea Iannone completing the front row only .037s behind Marquez.

"The weekend was great so far. We had quite a good practice," Luthi said. "I mean the last IRTA test already went very well in Jerez. We had a good pacing of the bike and actually we could improve even one more step here in Qatar. And, yeah, we look forward to the race. All the other guys are close to me and I think it will be, yeah, like we are used to Moto2 races. But the base is good, I feel confident and just push as hard as I can."

It was Marquez who nearly stole the pole position in his first qualifying session since last October's Australian Grand Prix at Phillip Island. Marquez was injured in practice for the following race in Malaysia, suffering vision problems that only recently cleared up. With less 2012 track time than most of his peers, Marquez made a remarkable return to nearly earn his first pole position of the year. Instead he will sit second on the grid to Luthi. 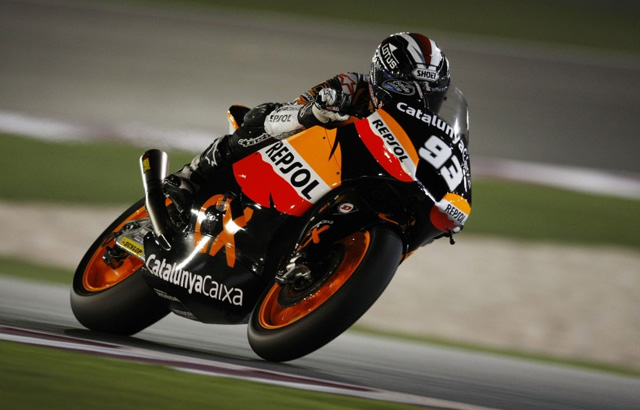 Marc Marquez will start behind Luthi
"To tell the truth, this session went better than we were expecting," Marquez mused. "We have been looking for the best setting and getting more kilometres under our belts throughout the weekend and we found an improvement. We have been working with the race in mind, although in the warm-up we will be trying out a couple more things. I think that we've done a great job, because I wasn't expecting to be on the front row. We will be going out to enjoy the race tomorrow, because even though I don't have the pace that the others do, we will still be giving 100% and trying to take as many points as possible."

Andrea Iannone gathered speed throughout the 45-minute session to clock his best time on his second to last flying lap. The Italian took one last run at the pole with his final run, though he was noto able to improve his time. Still, Iannone was encouraged by his race pace and the work that the team had done to get him ready for tomorrow night's curtain-raiser. And also that he was able to put the Speed Up machine on the front row in its first race.

"I can say that this was a positive day," Iannone enthused.

"I'm happy because we got the Speed Up machine to the first row on its debut. We did an overall good job, we were fast and this is a positive result. I hope there's a chance to improve even more, to be some tenths faster so we can be more competitive. This is going to be a tough race, especially with Tom Luthi and Marc Marquez as rivals, we need to stay calm and do our best. Thanks to the team for the awesome work they've done."

Aussie Anthony West finisher the season down in 29th place 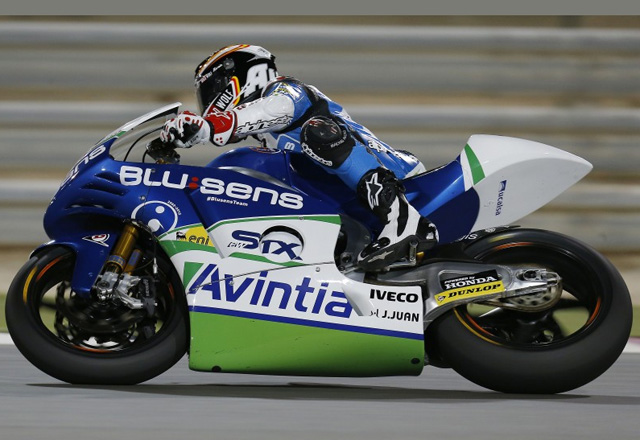