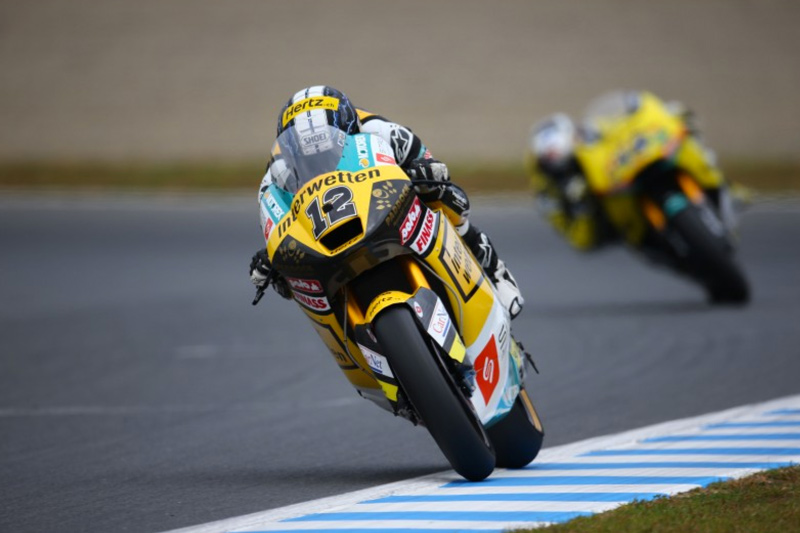 Front-row qualifier Thomas Luthi raced his, Interwetten Sitag Suter, machine to his first Moto2 race win of the season at the Motegi Circuit in Japan on Sunday the 12th of October.

Luthi led the 23-lap race from the first corner to the last, with the Swiss former 125cc champion working hard for the win, as Maverick Vinales (Paginas Amarillas HP 40 Pons Kalex) pushed through to second before the halfway point, and closed a lead that had been almost 2.5 seconds to less than a second as they started the final lap.

‰ÛÏThat was a good race, and a hard race." Luthi admitted. "I was able to make a good start and a good gap in the beginning, which surprised me a bit, but I never felt safe.

"I could feel the pressure from behind, and that they were coming closer, but I tried to hold my rhythm, and that was important. I made two mistakes ‰ÛÒ one missed gear, and once braking a little bit too late. The rest was really perfect, which makes me feel really happy.‰Û 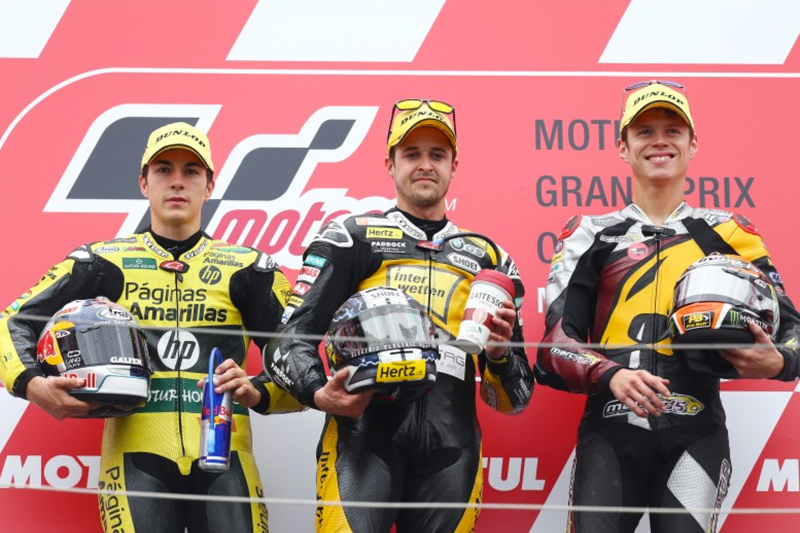 Top Image: Thomas Luthi on his way to his first Moto2 win for 2014