Thomas Luthi Breaks Through For First Win Of 2015 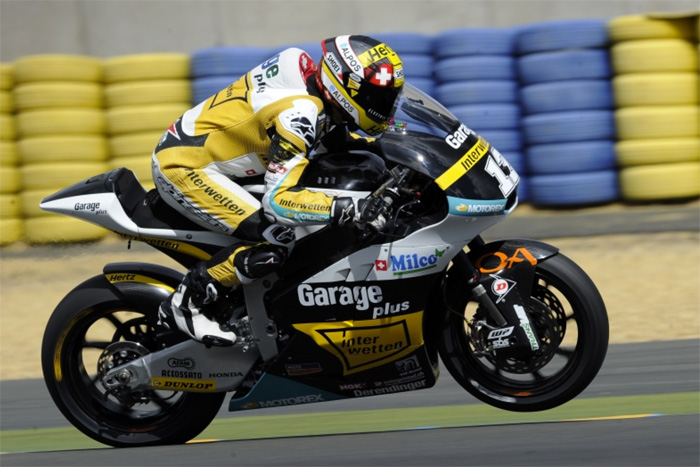 The former 125 champion racing for the Derendinger Racing Interwetten Kalex team took the lead on the fifth of 26 laps, and was not troubled again as he powered to his first victory of the season.

He displaced fast-starting points leader and local hero Johann Zarco (Ajo Motorsport Kalex) who was pushed to third by Tito Rabat (Estrella Galicia 0,0 Marc VDS Kalex) in the late stages. Rabat is the first Moto2 champion to stay on to defend his title, and second was his best result of a slow-starting season.

‰ÛÏIt was important for the championship to win here today." Luthi commented. "It was a brilliant day, but the whole weekend was good.

"I need to say a big thank you to the team. They did a great job here and at our tests ‰ÛÒ two days at Aragon. We found a good set-up for the bike. It was good to have this feeling from the beginning.

"In the race I could push very aggressively from the start. I caught up to Johann, and realised I could go faster, but it wasn‰Ûªt that easy to attack, because he is late on the brakes. We had a little fight, and a lap later I could go away.

"Then I tried to keep the rhythm and stay without mistakes.‰Û