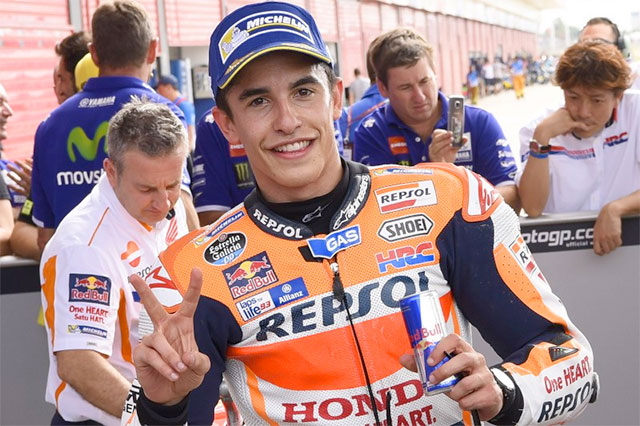 Marc Marquez clinched pole position today, his third in a row in Argentina.

The Movistar Yamaha duo of Valentino Rossi and Jorge Lorenzo rounded out the top three.

Marquez had already set the pace in both FP3 and in FP4, during which he alone had managed to lap under the 1‰Ûª40 barrier. That session was red-flagged twice after Scott Redding suffered a rear-tyre issue that is still under investigation by the Michelin technicians.

Two laps into the qualifying session, Marc set the fastest time of the day at 1‰Ûª39.411. He suffered a small crash during his second attempt, and although he was uninjured, he was unable to lower his mark.

"I'm happy with how the bike is going and with the pace we have," Marquez said. "Tomorrow it will be vital to choose our rear tyre well, because with the soft I feel very good but I do not know if we can use it. We will have to wait for the decision from Michelin. We know what my crashes today were due to; the first was down to changing the setup but the second was because we pushed too hard. That is what happens in the qualifying session. Tomorrow we'll give everything we have in the race".

Michelin has made the decision to not make either rear tyre available for tomorrow‰Ûªs race, siting concerns for safety.

Instead, a special-compound tyre that is brought for such occasions will be introduced. Four of these tyres will be made available to each rider in the MotoGP field.

‰ÛÏAfter this decision from Michelin, I think that tomorrow will be a bit of an unknown because everyone will have a different tyre spec from what we‰Ûªve used for the whole weekend," Marquez said after the news filtered through.
"We‰Ûªll wait and see how it works. We‰Ûªll have two warm-up sessions, one of 30 minutes and the other 20, to gather information, and we‰Ûªll have to see if everything goes well. Let‰Ûªs hope there won‰Ûªt be too many differences from the tyres we‰Ûªve been using so far.‰Û 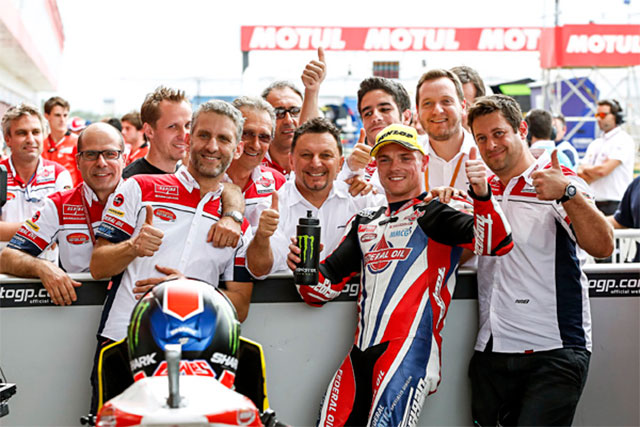