The Empire Strikes Back With Dylan Long 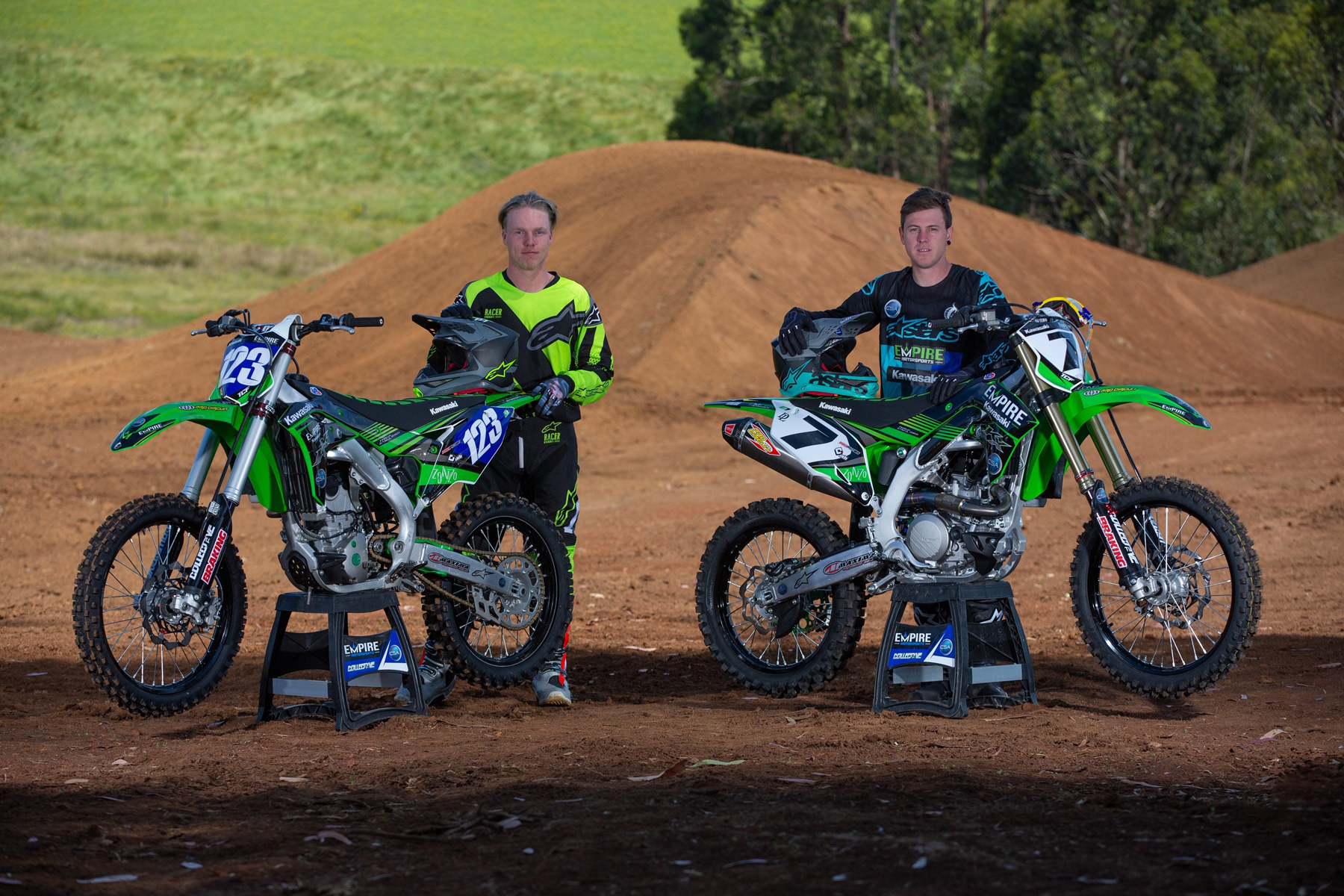 Dylan Long (#7) competing on the Kawasaki KX450 in MX1 class and Deakin Hellier (#123) on board the Kawasaki KX250 in MXD class
Empire Motorsports will run the largest Kawasaki supported Motocross and Supercross effort in the 2019 MX Nationals and Australian Supercross Championship series.

The team at Empire Motorsports has a strong history in Australian motocross racing and eagerly look towards the next chapter; a Kawasaki supported effort.

The Empire Motorsports Team will be competing on the 2019 Kawasaki KX450 in MX1 class with former CDR Yamaha racer, Dylan Long joining the team to spearhead their premier class effort.

Joining Long will be Deakin Hellier who will race aboard a KX250 in the MXD class in the MX Nationals.

‰ÛÏWe are really looking forward to the upcoming season with Dylan Long (#7) competing on the Kawasaki KX450 in MX1 class and Deakin Hellier (#123) on board the Kawasaki KX250 in MXD class.‰Û