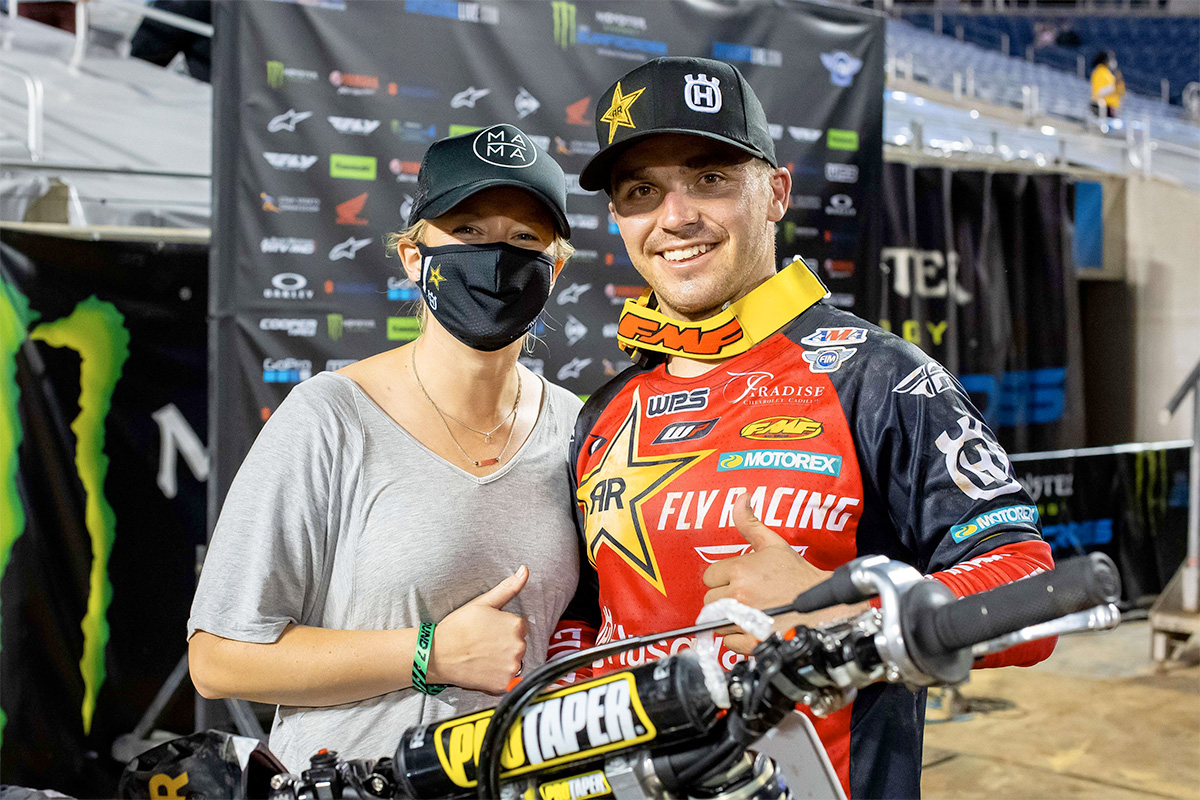 Zach Osborne has confirmed he will sit out the remainder of the Supercross season.
It's the time of the Supercross series where titles start becoming clear and lingering or recovering injuries lead to announcements of riders sitting out until outdoors. Something that just puts a damper on the season to date.

Unfortunately there have been many of those announcements from riders this week about their injuries and not returning for the last five supercross rounds. Which in itself seems like a logical thing to do if you've just recovered from injury and there are only a handful of races left to go before a new series kicks off. Taking the additional time to let the injury heal appropriately and actually regain fitness before rushing back makes sense when I have my physio hat on.

But if I put my rider hat on. Nobody wants to miss a race when they have been riding during the week, and are essentially back to a normal riding/training routine. They would also be giving up a lot of their incentive aspects of their contracts from a pay point of view, which would have to hurt most guys as we would be talking in the thousands range for most of these factory guys just to attend and make the main. Yes they are on a salary set up for the bigger stars of the sport but they still have additional incentives per round from team and sponsors. Not to mention the promoters purse.

With my fan hat on. I'm just disappointed that my favourite riders aren't on track and the racing seems to be just a tad less interesting with less of the big name riders on the gate. I mean we are at that point where if one of the main two guys gets a bad start. He can still get back to 3rd place at worst in the 250‰Ûªs. Not exactly fantastic depth or entertainment coming there for the fan on the couch or in the stand,

The main rider that has got me frustrated about sitting out until outdoors is Austin Forkner. On the scale of injuries severity. Austin‰Ûªs injury was on the minor side of things. His collarbone fracture was also plated very quickly after his injury in January.

If anyone has been following my updates, you will know that a lot of riders are essentially back to normal at about 2wks post op collarbone repair if they can manage the pain aspect. Austin has been back on the bike from late February, early March. This was only delayed as the team decided not to have him return ASAP to the series as I first heard might be happening at around 1-2 weeks post injury.

Austin has also maintained his fitness this whole time, he has been riding, he is healthy. Yet he is sitting out until late May's commencement of the outdoor series. Now there is a viewpoint here that I'm sure Mitch Payton or someone at that level in the team is going with about a run at the outdoor title. But he is basically missing the majority of Supercross despite being fully capable of riding it. Yes he is on the off coast for the timing of his injury. But I feel I've been watching him ripping test tracks for weeks now on social media updates and he really should be back on the SX gate when his coast resumes in 2wks time.