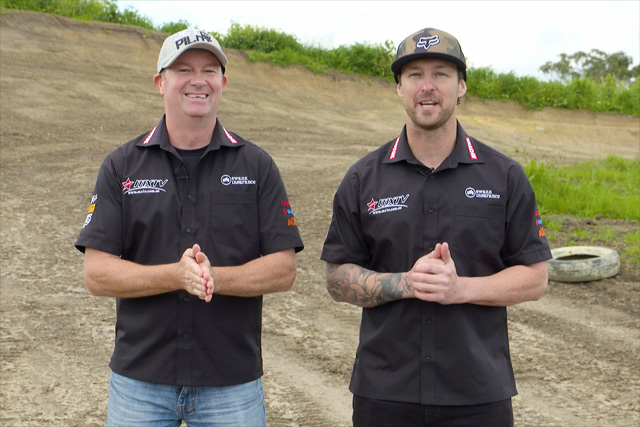 MXTV is set for a huge return to television sets around Australia tomorrow morning when the first episode of Australia's longest running dirt bike TV program launches onto 7mate for 2016.

Presented by Swann Insurance and Motul Australia, Show host Lee Hogan and enthusiastic Co-host Brendan Bell are ready to bring Aussie dirt bike fans the latest bike and product reviews along with a host of feature segments as MXTV prepares to be showcased to its biggest audience to date.

Airing on 7Mate at 11am on Saturday the 8th of October for the first of 11 episodes for the year, Belly jets out to the United States to catch up with 2016 AMA Supercross champion and all round nice bloke, Ryan Dungey from the Red Bull Factory KTM Team.

While in the U.S Brendan was also lucky enough to spend some time with another KTM Factory racer when he caught up with three time GNCC Champion Kaliub Russell.

"We can't wait to be back on air this year," Show producer and co-host Brendan Bell enthused. "The move over to 7mate, a mainstream free to air television network is a huge achievement and we are ready to take our show to a bigger audience than previously seen.‰Û