The AUS-X Open set to make an explosive return to Sydney this November! 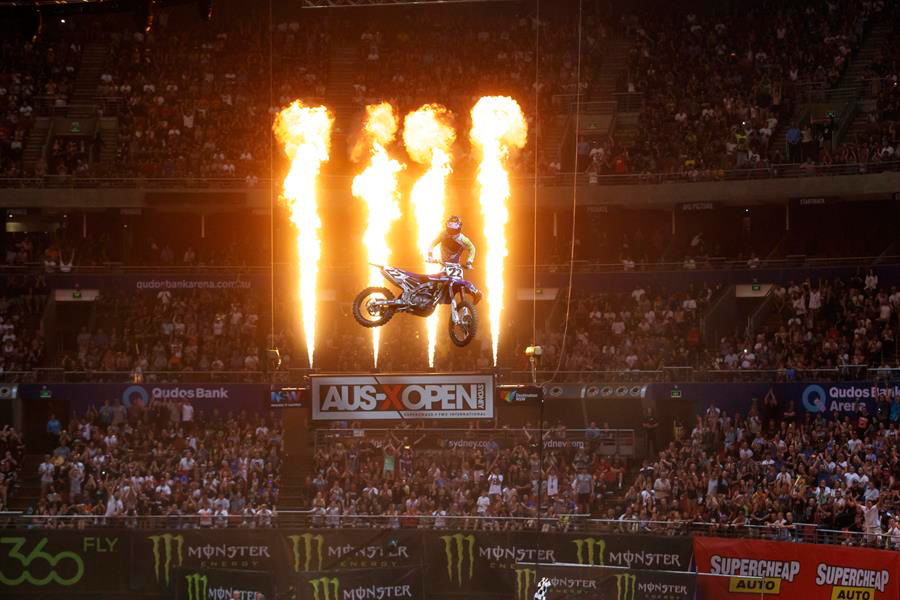 Following two successive years of unmissable action sports entertainment, the largest event of its kind in the Southern Hemisphere - the AUS-X Open, will make an emphatic return to Sydney Olympic Park, on November 11 and 12.

Once again, the best talent from around the world will make the trip down under to go head-to-head with the best Australia has to offer, in front of a capacity crowd across two nights of unscripted racing and action.

The AUS-X Open Sydney has experienced a meteoric rise to becoming one of the most recognised and prestigious events on the international Supercross and Freestyle Motocross calendar. In 2016, over 26,000 people from around Australia and overseas, packed the stands to see their home town hero from nearby Kurri Kurri - Chad Reed, dominate proceedings by winning both nights of racing.

Event Co-Founder and Director Adam Bailey, from AME Management, is thrilled to announce the AUS-X Open's return for 2017 and says plans are well underway to ensure fans are treated to a sensory overload, unlike any other sporting event in the world.

‰ÛÏSince its inception, the purpose of the AUS-X Open was to combine the most incredible live sports action, with concert like entertainment values, to ensure an unrivalled spectator experience from the moment they arrive in Sydney Olympic Park,‰Û