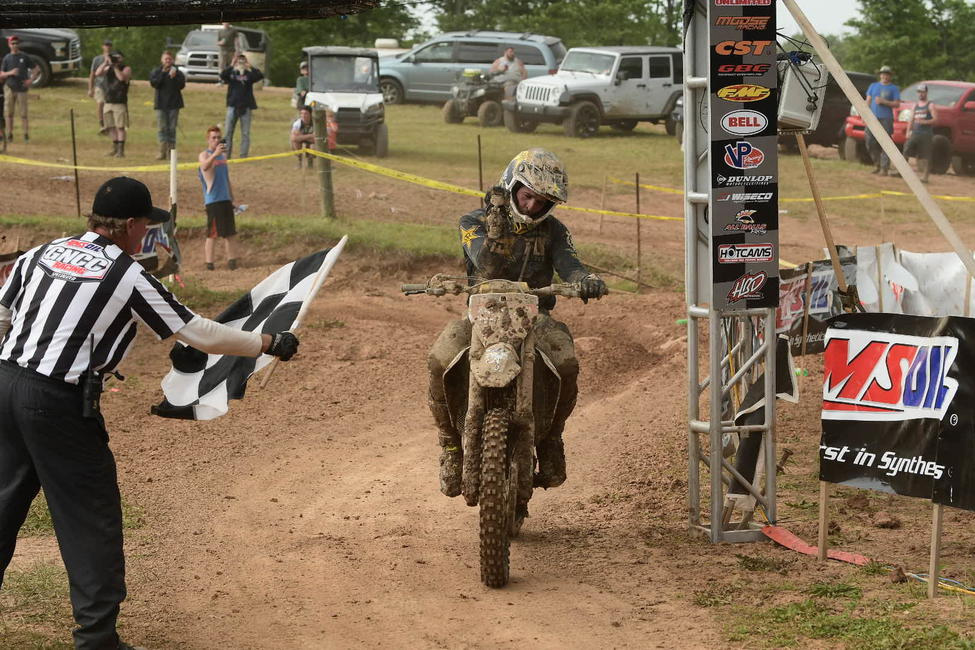 The world's fastest off-road racers were put to the test as hot and humid race conditions presented themselves. However, at the end of the grueling three-hour race Rockstar Energy/Factory Husqvarna Racing's Thad Duvall found himself earning his second victory of the season.

Once the green flag waved, Babbitt's Online/Monster Energy/Kawasaki's Jordan Ashburn found himself in the front grabbing the $250 All Balls Racing Holeshot Award and leading the rest of the XC1 Open Pro competitors into the woods. Ashburn would continue to lead the opening lap, coming through timing and scoring first with Tely Energy Racing/KTM's Steward Baylor Jr. coming through 1.96 seconds behind him.

Duvall and FMF/KTM Factory Racing's Kailub Russell came through third and fourth on the opening lap, just seconds behind the two front-runners. Both Duvall and K. Russell were eager to get to the front of the pack and try to put a gap on the field, as they knew the race was going to be a tough one as the minutes continued to click away.

As the race wore on, Duvall and K. Russell battled their way to the front where they would both remain for the duration of the race. Both would swap positions for the lead multiple times, but as the duo came around on the fifth lap another rider had worked his way into the lead position. Rockstar Energy/Factory Husqvarna Racing's Trevor Bollinger had made his way into the lead after running third for majority of the race. 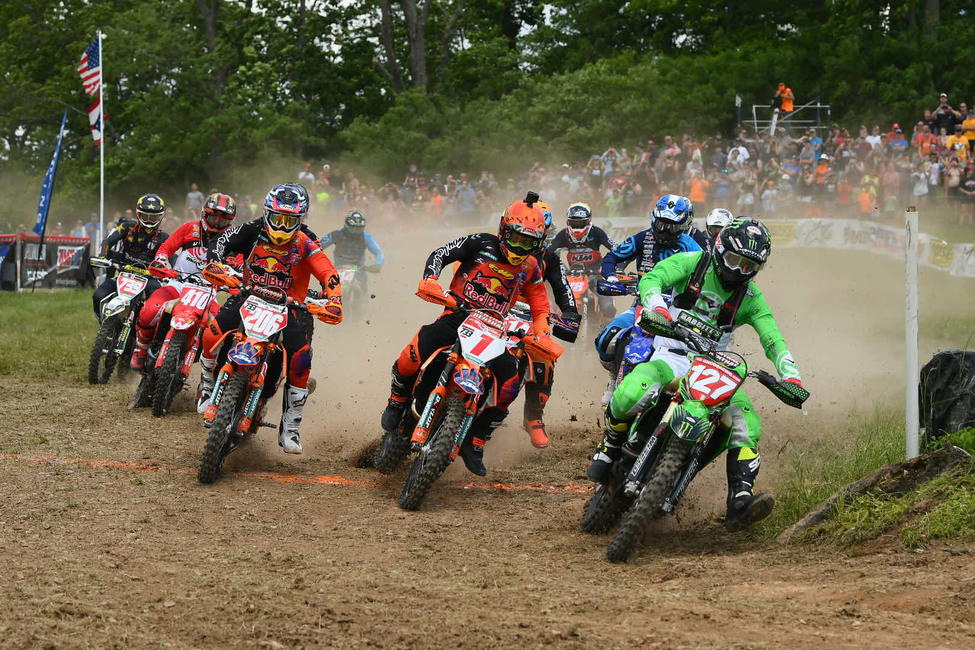 Jordan Ashburn grabbed the $250 All Balls Racing XC1 Holeshot Award at the 30th Annual John Penton GNCC. - Ken Hill
As the white flag came out, Duvall had made his way back to the lead with K. Russell coming through 1.6 seconds behind him. Bollinger remained third while Baylor Jr. was running fourth overall. As the riders headed out onto the last lap, Duvall would make the decision to pit for a splash of gas while K. Russell would not pit. K. Russell made the pass for the lead as Duvall was pitted, and would try to put his head down and push.

However, as the rider remerged into the camera shot around the 6.5 mile marker K. Russell continued to lead the way with Duvall making up time behind him. As the riders made their way up the FMF PowerPoint, K. Russell had his head down and charged as Duvall was battling to close the gap. Bollinger continued to run in the third spot, but would drop back about thirty seconds.

The Monster Mile proved to be a bit of a problem for K. Russell as he struggled for a moment to get through the muddy ruts, which would allow Duvall to catch up after throttling through the outside line at the 9.5 mile marker. 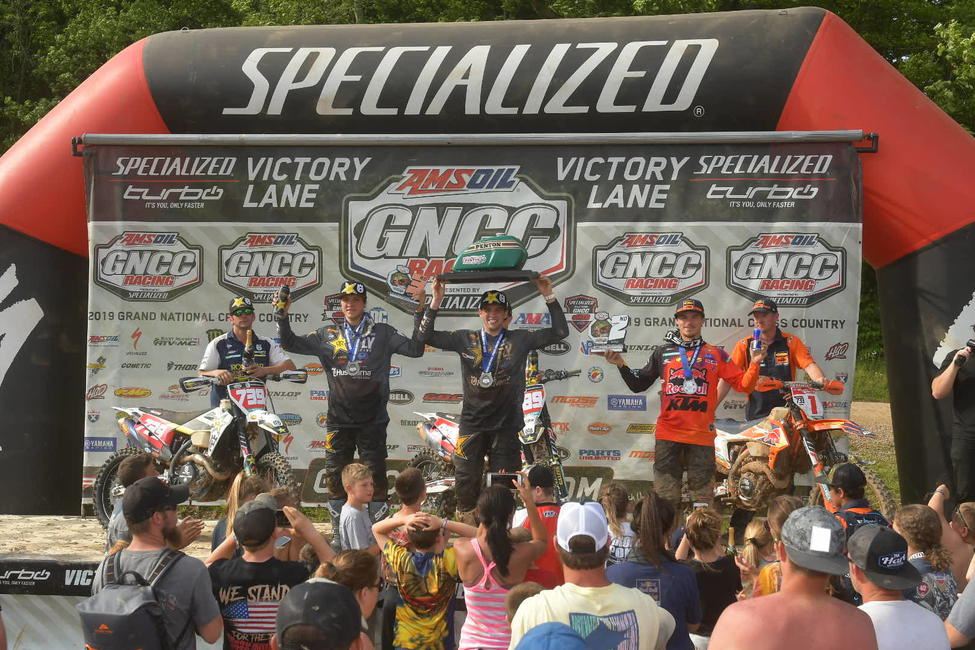 Thad Duvall (center), Kailub Russell (right) and Trevor Bollinger (left) rounded out The Wiseco John Penton overall podium. - Ken Hill
The front-runners would head back into the woods only to reemerge onto the motocross track with Duvall in the lead and K. Russell 14 seconds behind him in second. Duvall would take his second win of the season and his second-straight Wiseco John Penton GNCC victory. Bollinger would come through and round out the overall podium in third.

Baylor Jr. would hold onto a fourth overall after he ran a consistent race. Babbitt's Online/Monster Energy/Kawasaki Josh Strang came through fifth overall after moving up through the riders from his eighth place start to the day. This was Strang's third top 5 finish this season, and he currently sits fifth in the National Championship points standings.

FMF/KTM Factory Racing's Josh Toth came through sixth in the XC1 Open Pro class and seventh overall, after working his way back from falling to ninth place. AmPro Yamaha/Moose Racing/Parts Unlimited's Ricky Russell came through eighth overall, seventh in XC1, after getting a 12th place start to the day. This was R. Russell's second race back and he will look to improve from here.

Unfortunately for Tely Energy Racing/KTM's Grant Baylor he would fall to ninth overall and eighth in class after running as high as fifth place on the second lap of the day. For Baylor it was also only his second race back after a lingering shoulder injury had kept him from starting the 2019 season. Coming through ninth in the XC1 class and 11th overall was Phoenix Honda Racing's Andrew Delong.

Returning from Australia was KTM Australia/Shoei Helmets/Atlas Braces' Daniel Milner, who rounded out the top 10 in the XC1 class and finished 13th overall. 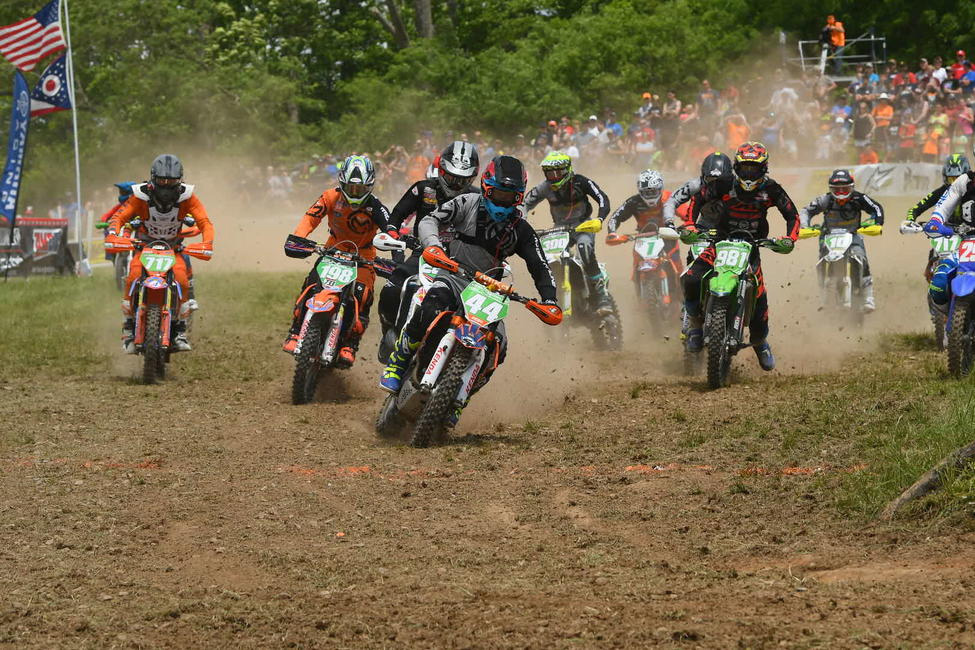 Ryder Lafferty grabbed the $100 Hotcams XC2 Holeshot Award. - Ken Hill
Trail Jesters KTM's Ben Kelley kept his XC2 250 Pro class winning streak alive with his sixth victory of the season on Sunday afternoon. Kelley would work his way into the lead after a mid-pack start, and would not look pack ultimately finishing six minutes ahead of second place.

As the morning racers took off the line, a pack of Sportsman A riders would come through leading the way, however taking the overall win was Ohio's own Becca Sheets in the WXC class. Behind her 125 B/C rider Lucas Grounds would take second overall, and Mackenzie Tricker would round out the top three overall. Coming through third in the WXC class was Rachael Archer making her second-straight appearance on the podium.

With the defending champion, Tayla Jones, only completing one lap and ultimately finishing ninth, the points have shaken up as Becca Sheets has moved into the lead with 160 points. 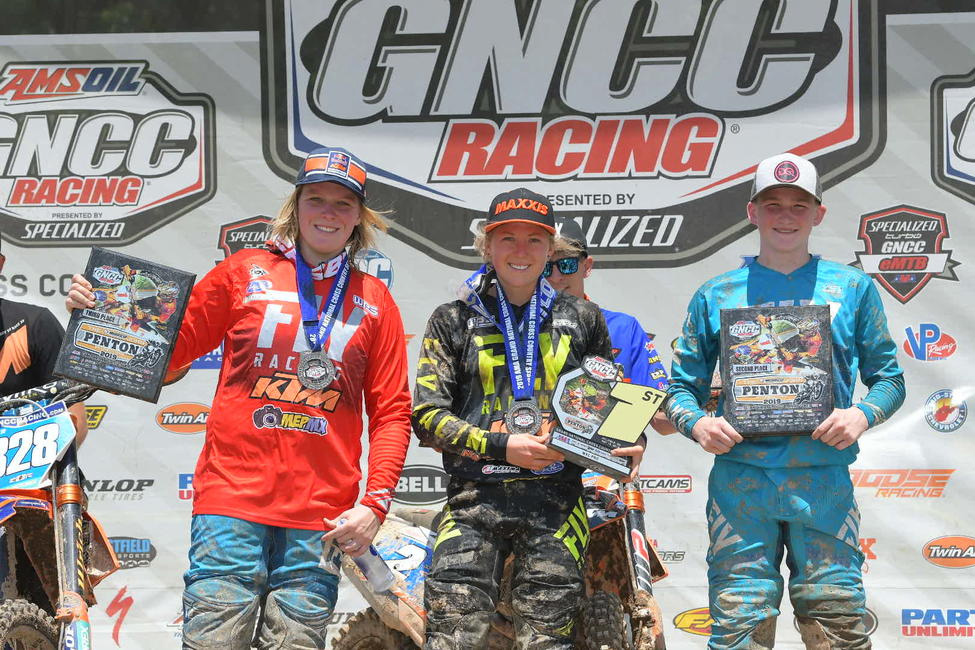