As the green flag waved, it was Kailub Russell grabbing the $250 All Balls Racing holeshot award, and leading the group of XC1 Open Pro riders into the woods of North Carolina. Russell went onto a 2.68 second lead over Duvall and Trevor Bollinger.

Duvall battled throughout the day with Russell and Bollinger, going from first to third multiple times. As the race wore one, Duvall made a last lap push to the front of the pack after witnessing Russell stuck in a rut behind lapped riders. With only miles to go Duvall and Russell engaged in a heated battle, but as the checkered flag flew it was Duvall coming through first, just two seconds ahead of Russell. 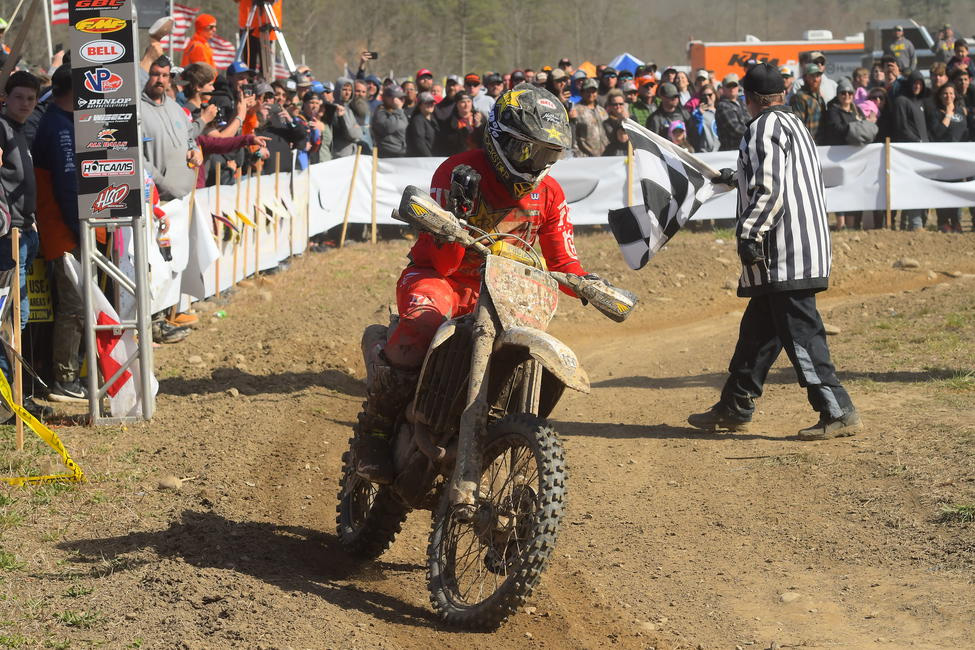 Thad Duvall captured his first 2019 season victory after an intense day of battling. Photo: Ken Hill
Morganton's own, Bollinger found himself off to a good start coming through in the third place position. Bollinger would close in on the front two, even pass Duvall for second and set his sights on Russell. However, he would falter on the uphill twice which would cost him momentum heading into the last half of the race. Bollinger finished third overall, his second best finish of the season thus far.

Steward Baylor Jr. found himself in the number four spot after battling throughout the day with fellow XC1 Open Pro competitors. With a win at the opening round and a pair of fourth overall finishes, Baylor Jr. sits third in the points standings as the series heads to his home state of South Carolina in two weeks.

XC1 Open Pro rookie Josh Toth is making moves in the right direction after earning fifth overall, his best overall finish of the season. Toth ran in fourth around the halfway point, but after suffering from a couple different issues he would settle into his top five finishing position for the remaining part of the race. 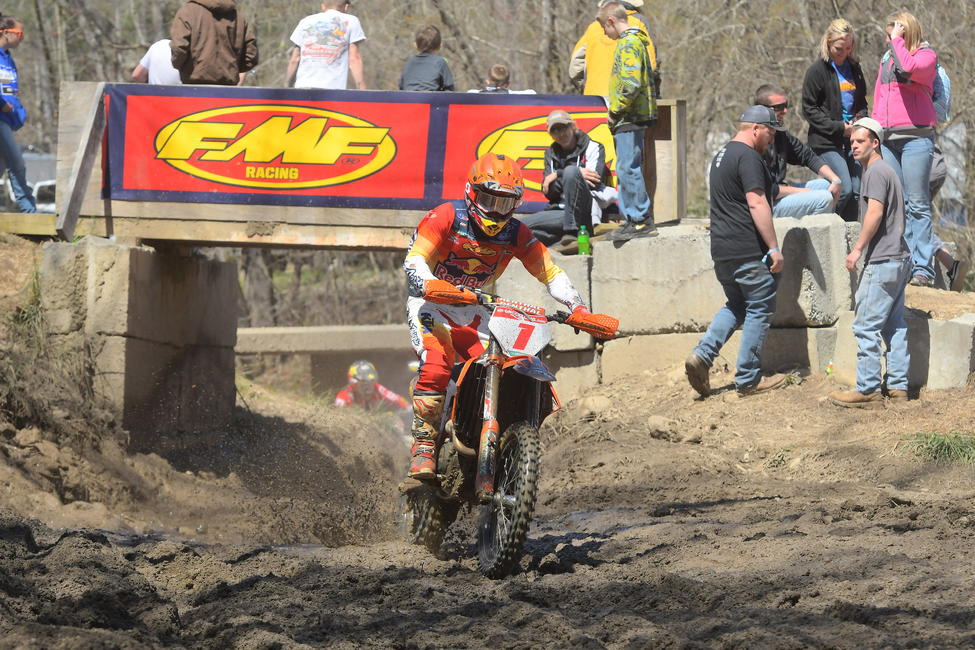 Kailub Russell came through second overall at the 20th Annual FMF Steele Creek GNCC. Photo: Ken Hill
Jordan Ashburn and Josh Strang finished the day out in the sixth and seventh place positions in XC1, seventh and eighth overall. Ashburn came around in fourth at the beginning of the race, running there until about the halfway point when he would engage in a battle with Toth and his teammate. Australian Strang, who calls North Carolina home in the United States, had a consistent day of running seventh before swapping positions a couple of times with his teammate Ashburn.

This weekend AmPro Yamaha's Cory Buttrick showed improvements, coming through eighth in the XC1 class. Phoenix Honda Racing's Andrew Delong finished just inside of the top 10, with a ninth in his class. Unfortunately, Layne Michael's return to the series was not as great has he had hoped for. After only completing one lap Michael was forced to end his day from ripping stitches on his arm open. 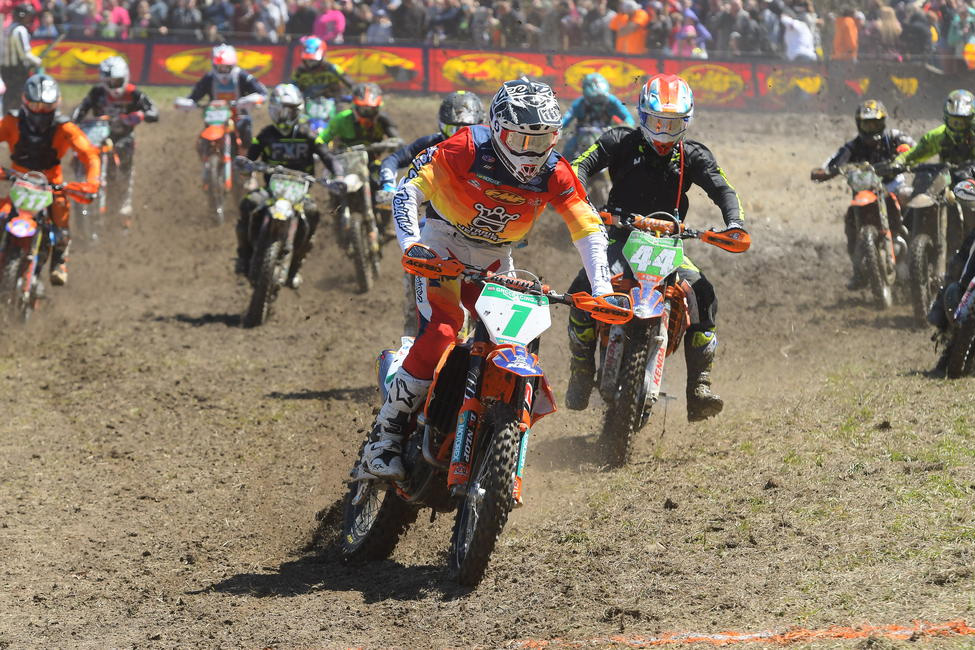