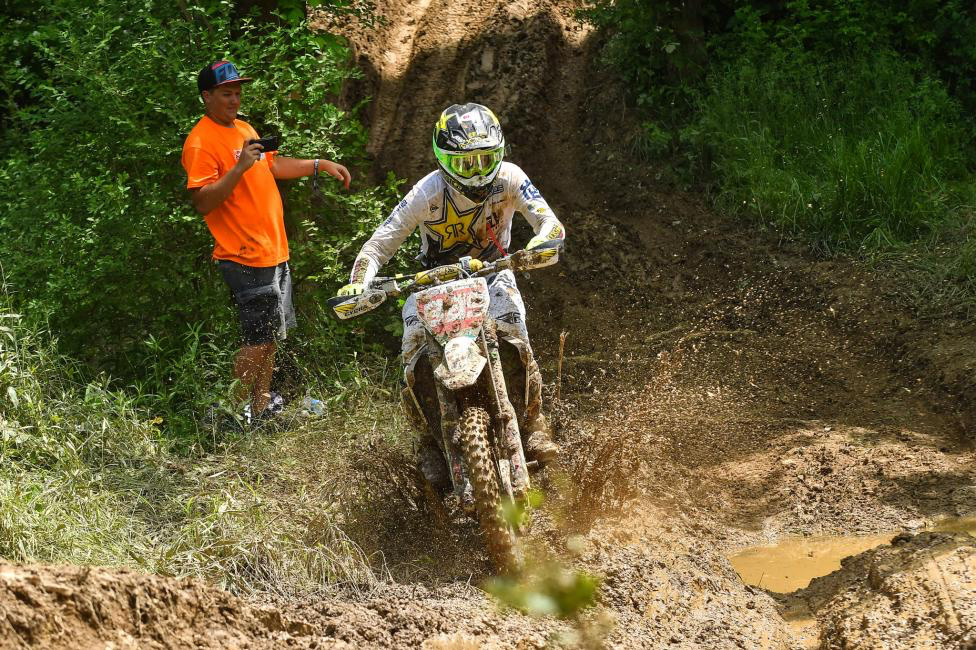 Thad Duvall found himself at the front of the pack early, and never looked back. Duvall earned his second win of the season, and now sits 15 points behind FMF/KTM Factory Racing's Kailub Russell in the National Championship points standings.

Australian Josh Strang grabbed the $250 All Balls Racing Holeshot Award, but was closely followed by teammate Duvall as they headed into the woods. Duvall made the pass early, and lead the way through the rugged racecourse. Coming through timing and scoring on lap one, Duvall had a 39 minute and 12 second lap time but maintained a 2.6 second lead over Tely Energy Racing/KTM's Grant Baylor.

Duvall and G. Baylor held the first and second spots for the first three laps, however G. Baylor found himself stuck in one of the toughest portions throughout the course, the Penton section, on lap four. G. Baylor was ultimately unable to finish the race, allowing Strang to move into the second overall position for the remaining two laps. Strang came through the finish in second overall, earning his first podium finish of the season.

Russell found himself having an up-and-down kind of race. After having trouble firing his bike on the start, K. Russell would charge through the pack to come around in third on lap one. Then on the second lap he was forced to pit early for a new set of gloves after plunging into a water section. K. Russell would swap third and fourth place positions majority of the race, before holding onto the third place position. However, a hard-charge would put K. Russell only two seconds behind second place finisher when the checkered flag came out. 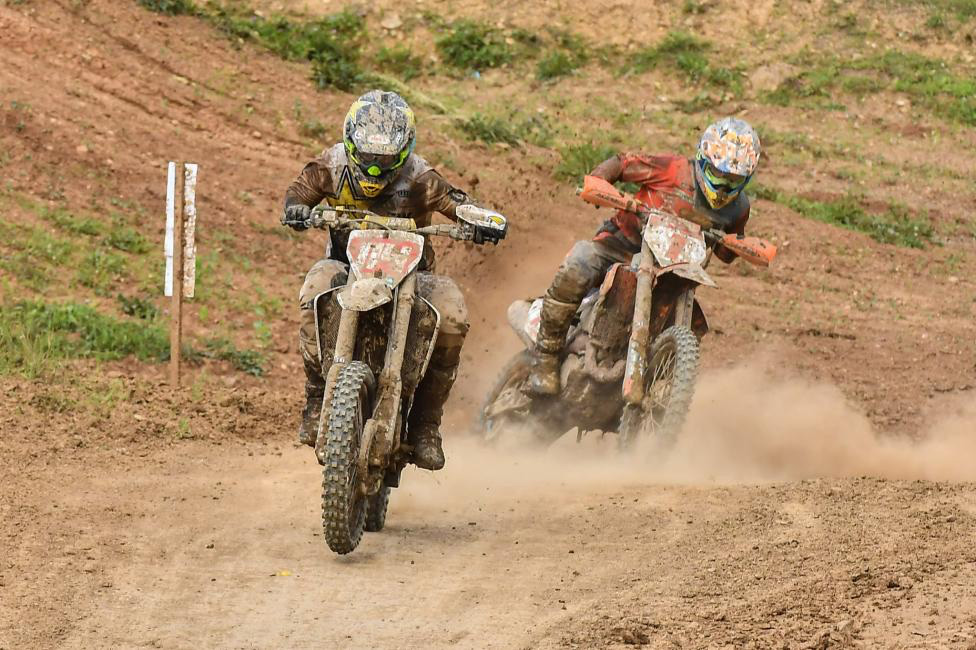 Josh Strang (#114) and Kailub Russell (#1) had a battle going on the last lap of the race this past Sunday. Photo:Ken Hill
After starting the race in the tenth place position, Tely Energy Racing/KTM's Steward Baylor Jr. put his head down and pushed hard through the first three laps. Making the pass for fourth a little over the halfway point in the race, S. Baylor Jr. continued to charge through the rough course. Unable to catch the top three, S. Baylor crossed the finish line in fourth overall.

Beta USA's Jordan Ashburn put in one of his best rides at The John Penton this past Sunday. Ashburn started the race mid-pack, but managed to make his way through for a top five finish in the XC1 Open Pro class. AmPro Yamaha's Ricky Russell found himself in the sixth place position majority of the race, but would find himself battling back on the third lap to ultimately finish sixth.

Not having the race he was hoping for was JCR/Honda's Trevor Bollinger. After having a consistent start to the season, Bollinger found himself outside of the top five in the XC1 Open Pro class at round seven. Bollinger earned a seventh place in XC1, and ninth overall. He currently still sits fourth in the championship standings.

Cory Buttrick put in another consistent race in his home state of Ohio, finishing eighth in the XC1 Open Pro class. Following Buttrick was GasGas/FAR's Andrew Delong in the ninth place position. Delong has been steadily improving, and earned his first two top 10 finishes in the last two races. Buttrick's teammate, Layne Michael found himself in the tenth place position. However, Michael would suffer from some issues on lap three and was unable to complete the fifth and final lap of the race. 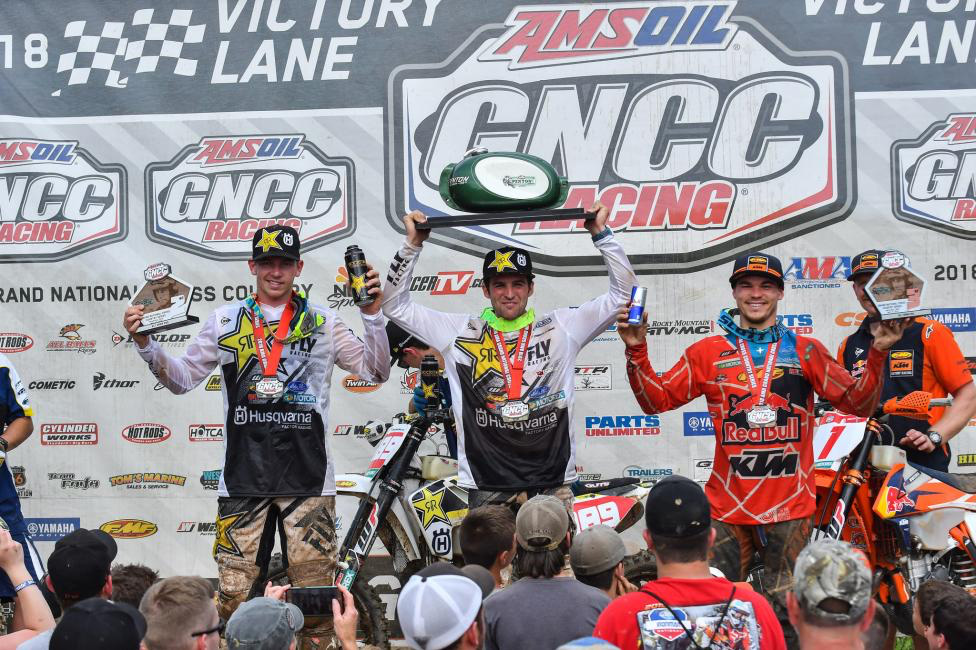