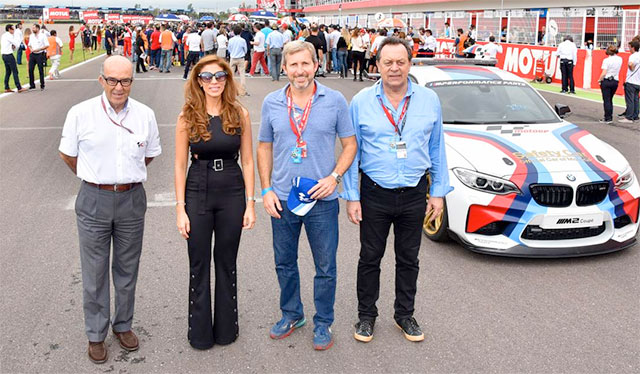 The Termas de Rio Hondo will host the Argentina GP for three more years after an agreement is reached just ahead of the 2016 race.

After three hugely successful and popular events in Argentina, the contract extension was announced on the 3rd of April. In 2014 close to 126,000 fans visited the circuit for the first even, over 130,000 fans coming the following year.

The agreement was reached between Dorna Sports, the Argentinian Tourism Minister, the Santiago del Estero Government and OSD, the promoter of the event. After three races at the circuit, riders already rate the Termas de Rio Hondo amongst their favourite circuits and are delighted to return for three more years.

Carmelo Ezpeleta, CEO, Dorna Sports said, ‰ÛÏWe are very pleased to reach this agreement with Termas de Rio Hondo and all the parties involved. It has been a good project so far with everyone involved helping to create a great circuit, and atmosphere for racing. South America has a very big passion for motorsport and we‰Ûªre proud to continue bringing MotoGP to Argentina for three more years.‰Û