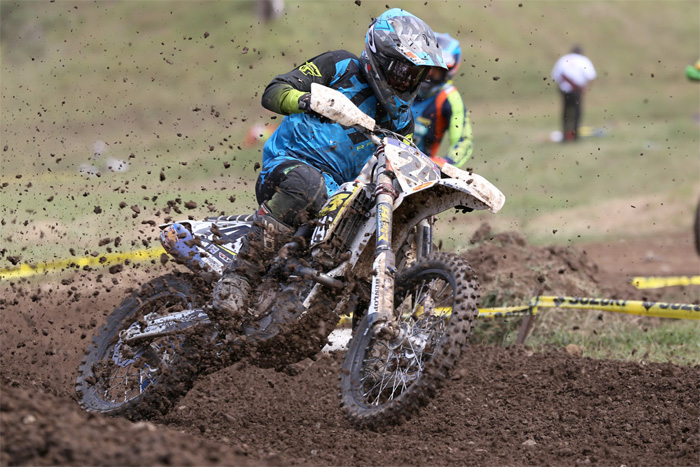 Husqvarna‰Ûªs squad of factory and factory supported racers just could not get the rub of the green at Green Park circuit where the third round of this year‰Ûªs MX Nationals series took place over the weekend.

In the premier MX1 category it was a unique homecoming for SD3 Husqvarna rider Brett Metcalfe, who renewed acquaintances with Conondale for the first time in 16 years, last racing there as a teenager before his international career took off.

After qualifying sixth and powering his Husqvarna FC450 to fifth in the first moto, however, he was forced out of the second with a technical problem and could only add 26 points to his championship tally as rivals Dean Ferris, Kirk Gibbs and Todd Waters filled the podium in that order.

"I was looking forward to a bit more of a natural track." Metcalfe reflected. "We were a little disappointed not to make it onto Super Pole ‰ÛÒ we were literally 0.1 of a second off of fifth and 0.2 off fourth.

"I last raced there when I was 16 so I was kind of re-learning it a bit. We really improved the setup a lot between practice and moto one with stability and turning so hats off to the guys on the team who were able to make me faster. I had a good start but in the second corner I was involved in a crash that dropped me back to sixteenth. I worked through and had another small crash but was still able to charge up to fifth and I felt I had the speed to be up front, just not the track position.

"I went into the second moto with the same package and was in fifth or sixth spot when unfortunately we had a mechanical failure. We don‰Ûªt know what happened but it was a huge disappointment after what were definitely some positives for us.‰Û