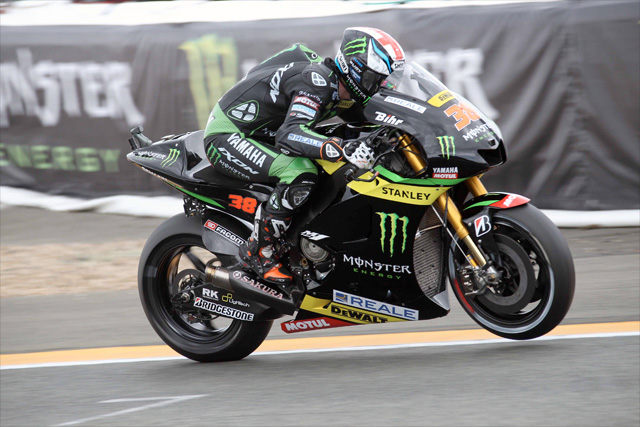 Monster Yamaha Tech3 Team riders Bradley Smith and Pol Espargaro head to the legendary Assen circuit this week for round 8 of the 2015 MotoGP World Championship optimistic of clinching success.

The venue, which has a deep history, is the only event on the MotoGP race calendar to have held a Grand Prix every year since it‰Ûªs creation in 1949. In terms of layout, the narrow 4.5 kilometre circuit features many rapid corners and the Geert Timmer chicane always provides an exiting close to the lap for the thousands of ecstatic fans who flock to the track to witness the action.

Bradley Smith will be aiming to follow up his two consistent 5th place finishes at Catalunya and Mugello with another notable result aboard the Yamaha YZR-M1 at the Motul TT Assen. The young British rider, who concluded the rain affected post Catalunya GP test at the head of the pack, will take the positives from Spain as he intends to meet the chequered flag inside the top six in Saturday‰Ûªs race.

"The Motul TT Assen is a race that we all look forward to due to the track itself and also because of the festival atmosphere of the crowd who are always so excited about the MotoGP paddock coming to their country!" Smith commented. "The first half of the circuit is quite slow, but the second is much faster so it really is a mix of two halves and a good challenge for the riders.

"Plus, it has a very short straight, which means that we don‰Ûªt get much of a break during this race.

"I‰Ûªve ridden to two podiums in the lower classes here, so I will be going all out for another top result in order to continue my form this season. At the post race Catalunya test we found some useful settings that should certainly aid us, so we will put these to use and get on the pace as soon as practice begins on Thursday.

"It will be vital to have a strong free practice run so that we can get into Q2 and then do our best in the race, which I am pumped for!"

Pol Espargaro is fully confident of jumping straight back to a high scoring position at Assen after luck went against him at his home Grand Prix in Catalunya. The young Spaniard, who won from pole position in his title winning year of 2013 in the Moto2 class, will look to battle as closely as possible with the factory MotoGP bikes and complete the eighth round with a strong result.

"I‰Ûªm really looking forward to attacking the cathedral of speed on my Yamaha and I fully intend to close the weekend with a notable result," the rider who sits 9th in the championship standings said. "After my home Grand Prix, which didn‰Ûªt go to plan, I am more determined than ever to finish as close as possible to the factory bikes, especially as I‰Ûªve had some good results here in the previous years.

"Unfortunately, the test on Monday after the Catalunya race was disrupted by the weather, but nevertheless, we have a few settings that we must try at Assen so it‰Ûªs important that we make the most of the available track time in order to be ready for the race.

"It rained last year right before the start of the GP, therefore we must be aware that this could happen again. Yet, I am much more confident about riding in the wet this year, so if it happens, I‰Ûªll be ready. Rain or sunshine, I‰Ûªm going to give it my best and my intention is to battle with teammate to the finish line so the Dutch fans can watch a great fight on the track!" Espargaro concluded.