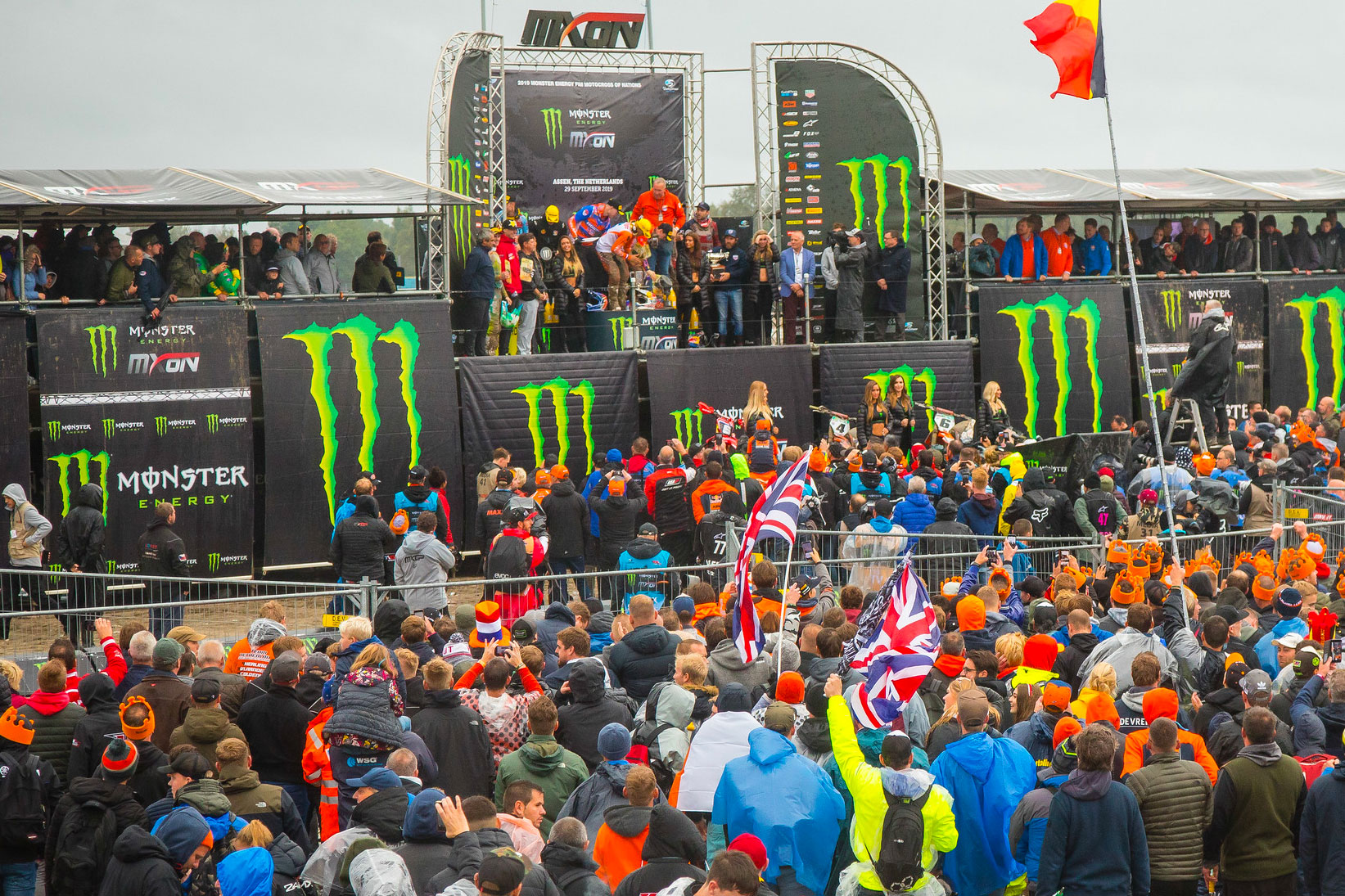 Credit: Jeff Kardas
The American Motorcyclist Association will not participate in the 2020 FÌ©dÌ©ration Internationale de Motocyclisme Motocross of Nations, Sept. 25-27, in Matterley Basin, Great Britain, due to the ongoing COVID-19 pandemic.

"The health of our racers and staff is paramount, and current and future global travel restrictions make our involvement in an international event impossible at this time," said AMA Supercross Manager Mike Pelletier. "The U.S. team effort to attend the Motocross of Nations each year is extensive, both financially and logistically. Even in normal times, preparing our best effort at this point in the season would be difficult."

In addition, with the recently announced postponement of the 2020 Lucas Oil Pro Motocross Championship, rescheduled national rounds likely will conflict with the Motocross of Nations event.

The FIM-sanctioned Motocross of Nations is a world championship team event. It features three-rider national teams competing for a combined score to determine the overall championship-winning country.