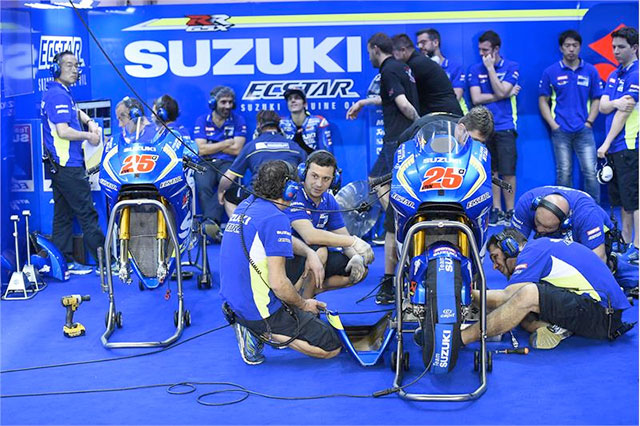 The floodlights went off on the Losail International Circuit in Qatar as well as on official 2016 MotoGP World Championship testing, as Team Suzuki Ecstar‰Ûªs Maverick ViÌ±ales again proved himself one of the most effective riders in pre-season testing.

The third day in Qatar saw him constantly in the leading positions, finally resulting in third position overall with a best lap of 1‰Ûª55.333. His performance is only 0.007s from second place and 0.523s from the first, but what‰Ûªs impressive of his performance is not only the single lap-time but also his consistency throughout the whole tests, in Qatar and also in Australia, previously.

ViÌ±ales has registered consistent improvements since the early tests in Valencia, in November 2015, and despite a little slow-down in the IRTA test in Sepang in February, he then put his name ‰ÛÒ and his GSX-RR - on top since the first day in Australia, and never gave up. The improvements done in all areas of the machine proved to be effective according to his riding style and he managed the new Michelin tyres well.

‰ÛÏOverall I think we finished the winter test in a very good position and today was also a good day as I finished third," ViÌ±ales said.

"I was trying the time attack when they showed the red flag; this prevented me exploiting the new set of tyres at its best and further lower my lap time. It‰Ûªs a pity because after the early runs we made some changes on the bike and I felt very confident.

"Anyway I‰Ûªm happy because with used tyres I could keep a pace around 1‰Ûª55-and-a-half, which is a pace that in race could lead to the podium. I am happy about the team, the work we have done, we all improved and also, so has the bike. Here in Qatar it wasn‰Ûªt easy, the straight is long and our engine still has some room for improvement, but this makes me confident for the first race.

"In the last two runs I also tested the full seamless for the first time and this is another big improvement. I couldn‰Ûªt try a time attack with it but my feeling is that it has a lot of potential, we need to work on it for the finalisation and I hope we can use it in the race. We have worked a lot this winter, the Suzuki Factory delivered us huge improvements and the results so far are positive. We look positively towards the race, where I hope I‰Ûªll be able to make even further steps forward," the Spaniard concluded. 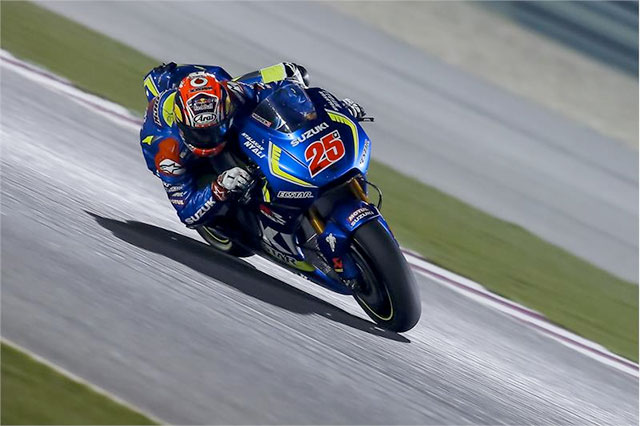 Maverick ViÌ±ales
Team-mate Aleix EspargarÌ_ has struggled and suffered a little. The experienced rider ended the third day in Qatar with a crash, which prevented him improving his lap-time from yesterday, resulting 15th in the final combined classification. His pre-season has been difficult, some crashes affected his physical condition and also struggled to find the proper confidence with his machine. EspargarÌ_ and his crew worked hard to find a settings that could suit the riding style of the Catalan, although the results are not yet completely satisfying.

His morale is, however, high as he realises the steps forward done by his GSX-RR are very important towards the beginning of the Championship, which begins at Qatar in two weeks‰Ûª time. Although the timesheets see him in middle part of the classification, in all the tests he did some very positive work towards the consistency and the pace, which hopefully will help him for the races.

‰ÛÏNeedless to say that this winter pre-season has been very tough for me," EspargarÌ_ lamented.

"I crashed so many times and this slowed down our development job. I still feel I lack in confidence with the front-end, as said I am a very aggressive rider and I like to turn the bike with the front in my hands; unfortunately we haven‰Ûªt found the compromise that allows me to be confident in this and the result is that I crashed a lot.

"Anyhow, apart from the single-lap classification I must say that we are not in a bad position, the results don‰Ûªt reflect the real potential we have and the job we have done on consistency will probably pay us back. The evolutions introduced by Suzuki are effective, we have a lot of room for improvements and the race will probably see me more competitive than what I could in tests," EspargarÌ_ concluded.

Team Suzuki Ecstar will now leave all the equipment in Qatar, as they will be back in less than ten days for the first race of the new season, the Grand Prix of Qatar, on March 20th. 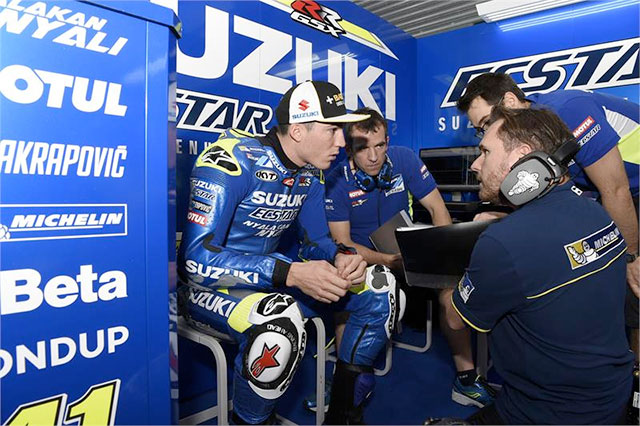 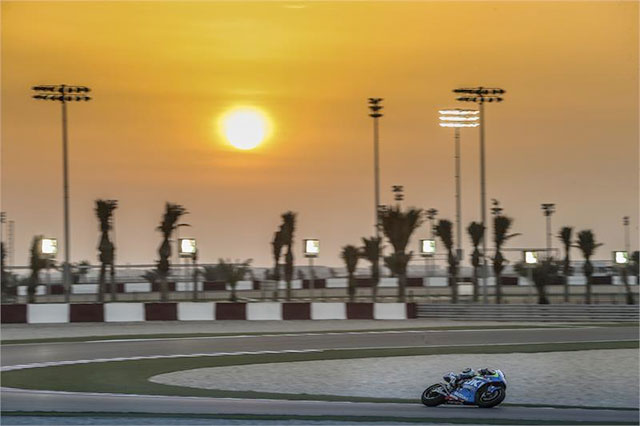