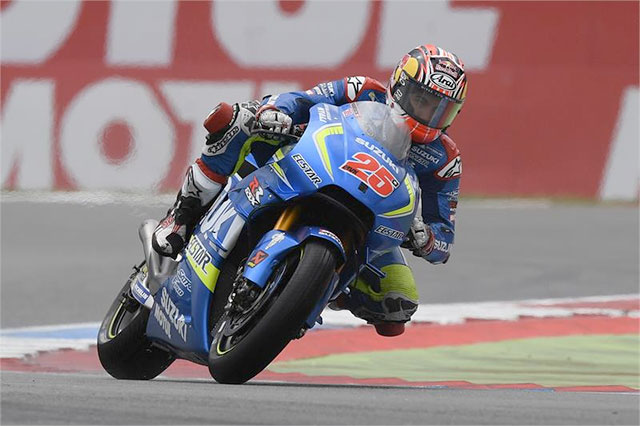 After the two-week break that followed the GP of Assen, Team Suzuki Ecstar is heading to Germany for the ninth round of the MotoGP season this weekend, on the same Sachsenring circuit that last year saw Maverick ViÌ±ales and Aleix EspargarÌ_ race with a special livery dedicated to the GSX-R‰Ûªs 30th Anniversary.

The German circuit is a very unique one, with many corners on the left that will require a special attention to the set-up, and for a wise management of the tyres. Last year‰Ûªs race was a fun one for the Team Suzuki Ecstar riders; the two GSX-RRs fought with each other in a spectacular duel until the very end of the race, finally scoring 10th and 11th places.

‰ÛÏThe race in Assen was not so positive for us in terms of the result, but we took advantage from the lessons we‰Ûªve learned there," ViÌ±ales said.

"It was the first time for me and the GSX-RR in such a heavy rain and the experience we got will be very useful for us in case of another rainy race. This is the positive we can take out of it. The German round will be interesting as well; the Sachsenring is very peculiar, last year‰Ûªs battle with Aleix was fierce and we had a lot of fun, but our global performance has improved a lot since 2015, therefore I expect to be more competitive than the 11th place of last year. This year we have already proved to be capable of fighting with the leaders, it‰Ûªs not an easy thing, it never is, but it‰Ûªs something achievable and we must find a better consistency to be always close to the top.‰Û 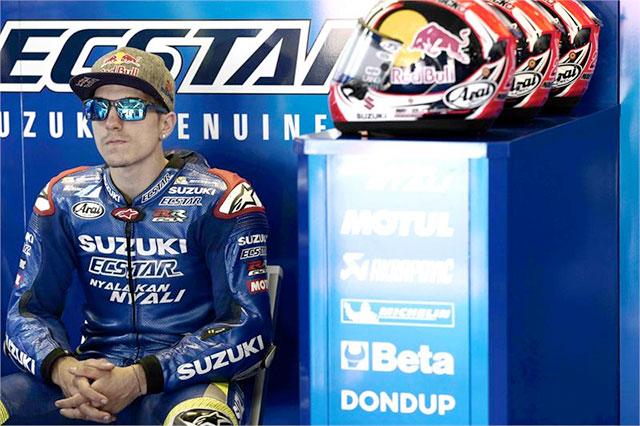 Maverick ViÌ±ales
Aleix EspargarÌ_ is looking forward to the challenges of the Sachsenring where he sees tyres playing a major role.

‰ÛÏThe German race will be very peculiar, the track layout will be very demanding for the tyres as it has many left corners and also the rider is required to be wise in order to manage the tyre performance in any conditions, and also on the few right corners. It‰Ûªs a nice challenge, last year was emotional for the special livery we had and was fun because we had two Suzuki‰Ûªs fighting with each other. Many things have changed since last year, we are performing better, although we still miss consistency. We need to work hard to find a better way to finalise the machine and be fast in any conditions, we are getting more and more into the machine‰Ûªs workings, but I believe we still can do better and this is our primary objective.‰Û 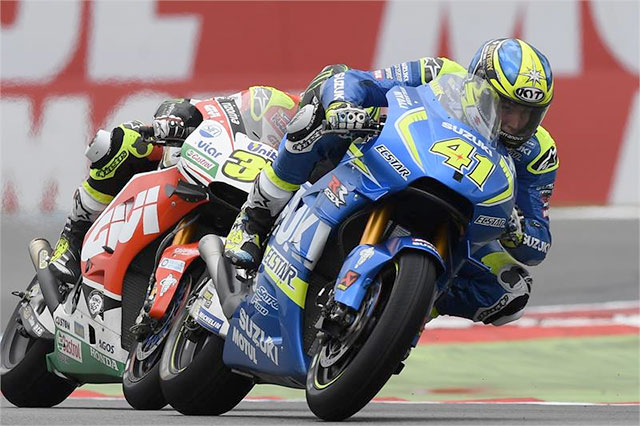