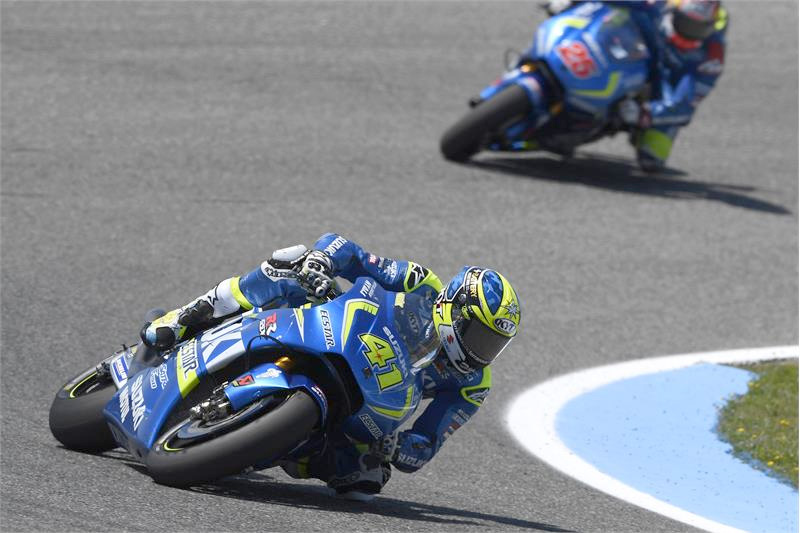 The historic Le Mans circuit in France awaits MotoGP‰ã¢ riders for the fifth round of the 2016 World Championship this weekend and following the positive GP of Spain, Team SUZUKI ECSTAR‰Ûªs Aleix EspargarÌ_ and Maverick ViÌ±ales are both enthusiastic to take advantage of the work done in last Monday‰Ûªs test.

EspargarÌ_ arrives in France after very positive improvements he made in Spain. After a tough start to the season, he has found confidence back in his GSX-RR, and at Jerez, finally got back to his normal competitiveness. He is also determined to put last year‰Ûªs Le Mans event behind him, when he suffered a bad crash in FP3; which affected his overall performance.

‰ÛÏI‰Ûªm looking forward to Le Mans because I have the enthusiasm after the improvements we did at last race." Espargaro said. "In Jerez, in particular, I found a good set-up and my confidence with the GSX-RR has grown a lot.

"I struggled in the beginning of the season and I‰Ûªm so happy to be back to the top. The bike has a lot of potential and my crew is working really hard, and with this combination I‰Ûªm sure we‰Ûªll get to better results very soon.

"Le Mans is a particular track; very tight, and where we will need a lot of traction. We have worked a lot on this area recently as it was pretty-much an issue to us and we made big steps forward, so I hope the work we‰Ûªve done will pay off.‰Û