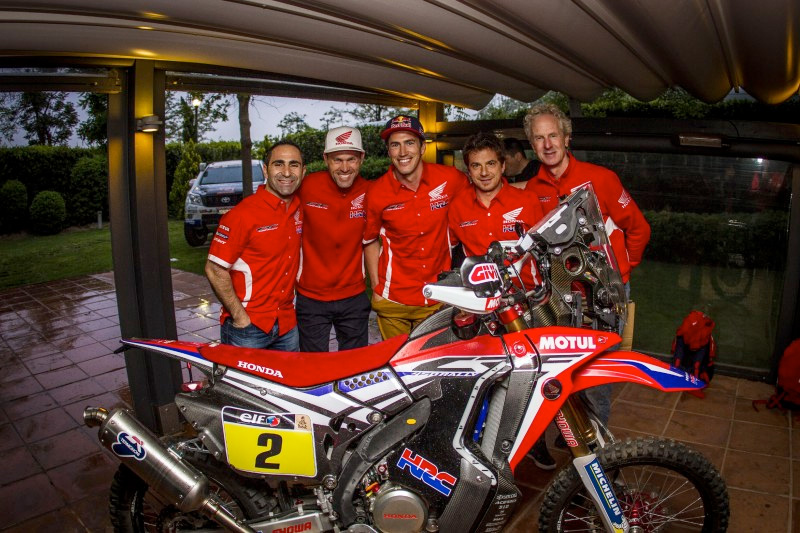 Team HRC Rally today took part in the Rally Dakar 2017 presentation, held in one of the most emblematic places in the city of Barcelona.

Three of the Team HRC squad, Spaniard Joan Barreda, Portuguese Paulo GonÌ¤alves and Frenchman Michael Metge were among some of the most sought-after riders at the function, posing alongside the Honda CRF450 RALLY, which had featured in the most recent edition of the Dakar. The members of Honda‰Ûªs racing team had a meet-and-greet with the media, as well as the traditional family photo together with other Dakar enthusiasts.

In addition to the trio of Team HRC riders, present also at the event on MontjuÌøc Mountain were Team HRC General Manager, Martino Bianchi and the new Team Manager, Roberto Boasso. The location, with its strong historic ties to motorsport lies just thirty kilometres from Team HRC‰Ûªs new headquarters in the installations of Montesa-Honda.

The Rally Dakar‰Ûªs Sporting Director, Marc Coma, unveiled some of the details of what will be in store for the 39th editions of the Dakar Rally, which will kick off in AsunciÌ_n, the capital of Paraguay in less then eight months. To find out the details in full, we will have to wait until mid-November, although riders can expect that lengthy stages and high altitudes will be two of the key factors that competitors and machines will have to endure.

The Rally Dakar 2017 gets underway in Paraguay on January 2nd next year. After setting off from the GuaranÌ_ capital, the rally heads for Bolivia crossing the northern region of Argentina.

One difference to previous editions will be that the trans-Andean country will host four of the stages, plus the rest day, scheduled to take place in the capital La Paz at 3,700 metres above sea level.

The final stint of the Dakar will be battled out, once again, on Argentine terrain. Buenos Aires will be there to receive the odyssey‰Ûªs survivors when the race finally finishes on the 14th after an arduous 9000 kilometre trek.

"The Dakar 2017 will be a very complicated one as always." Team HRC's Joan Barreda commented. "We will have to prepare very hard for this physically, as the altitude in Bolivia and the very long specials will require great fitness.

"Personally, I hope that the navigation is an important factor in this race, which continues to be an important challenge for our revamped team," he added. 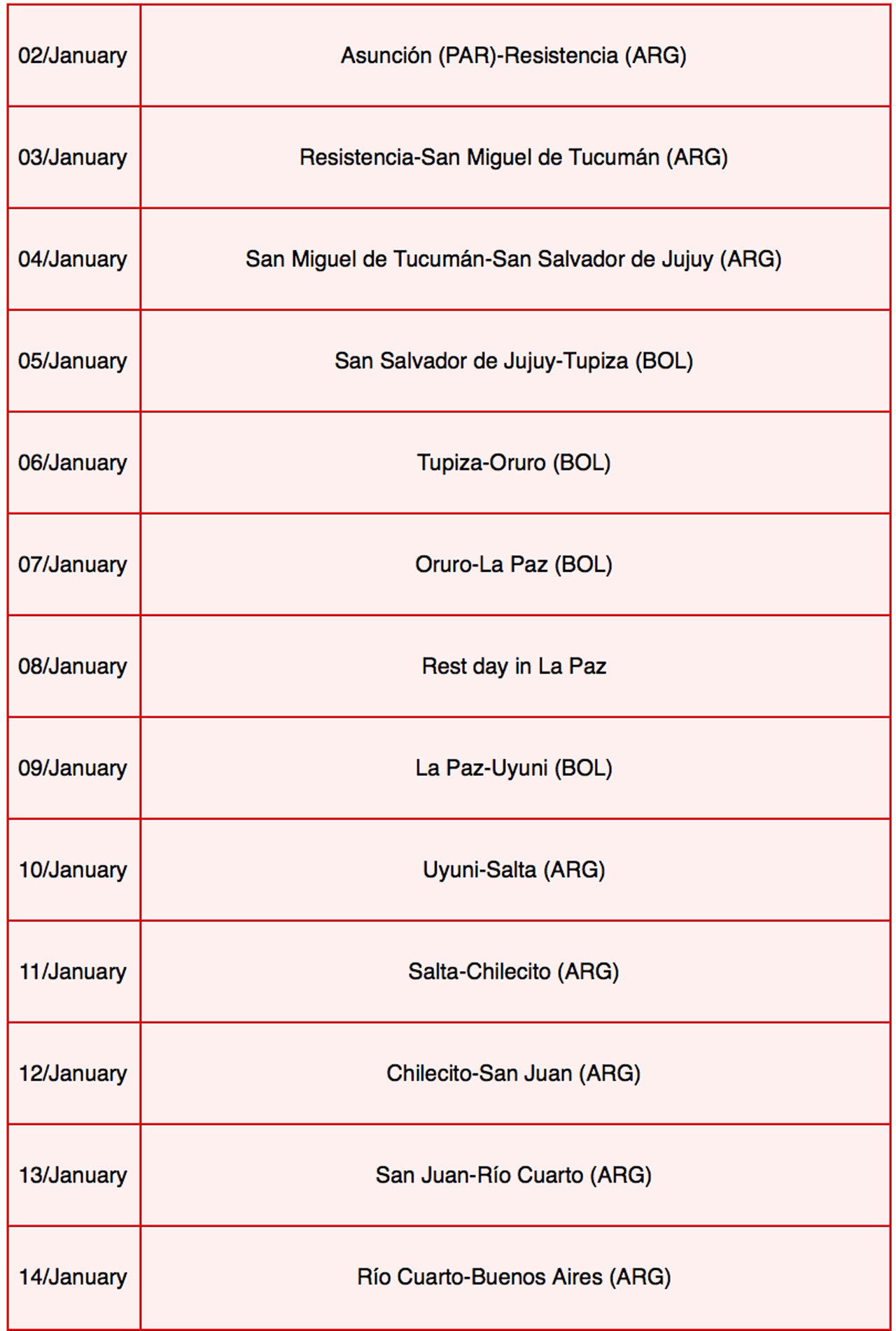