Team HRC back in Europe for the MXGP of Latvia 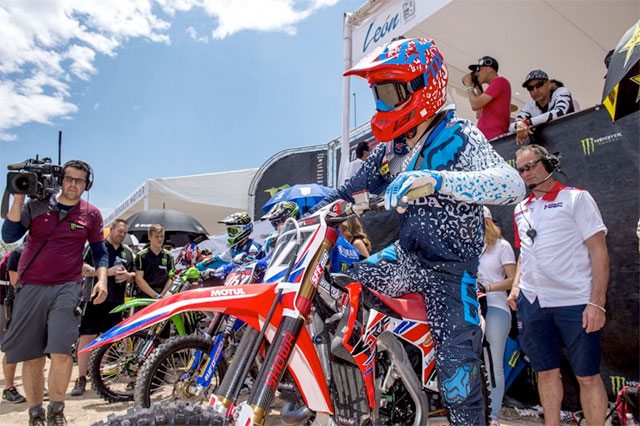 Round six of the Motocross World Championship sees Team HRC head to the Latvian city of Riga this weekend, returning to Europe after the South American adventure of the last two races.

Held earlier in the season this year than last, the Kegums track marks a return to a sand surface. Last year it was the scene of a Team HRC podium as Gautier Paulin took second overall to stand on the podium for the fourth time in 2015.

For Evgeny Bobryshev, the weekend is something of a home Grand Prix. With no event in Russia, Latvia is the closest event for Bobby so his legions of fans will make the short trip for their local hero, and they are usually very enthusiastic and vocal in their support.

‰ÛÏI always like the kind of place and track that we see in Latvia, and it feels a little bit like home because there are many fans coming," Bobryshev said.

"They‰Ûªre all crazy! Over the past years the track has changed because it‰Ûªs become more hard and more difficult because the bumps are more sharp instead of waves. But still it‰Ûªs nice to ride there. This year though it‰Ûªs looking more wet and cold, and there could be even some snow, so I‰Ûªm expecting a cold mud race. It‰Ûªs been very cold in Europe in the riding we‰Ûªve done since Mexico, so we‰Ûªll see what the weather brings this weekend. That could be a big factor in the races.‰Û