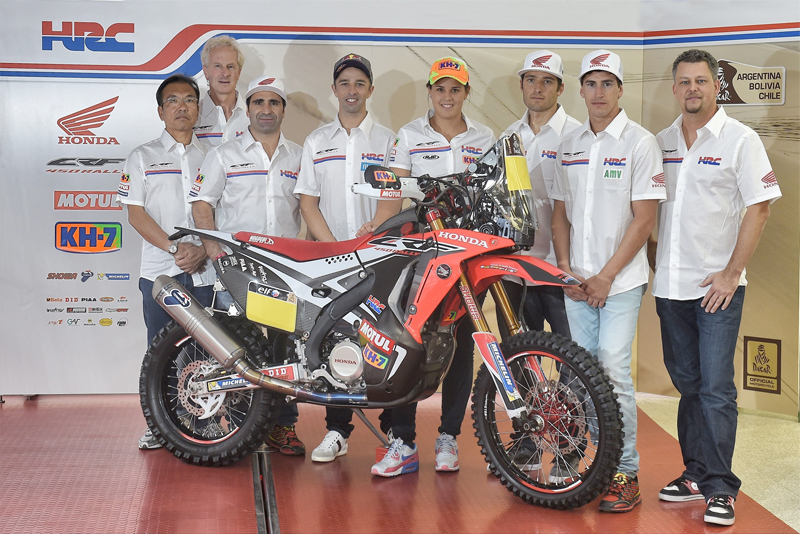 This new Team HRC will set off for the Rally OiLibya du Maroc, on October 3rd in Erfoud (Morocco) in order to prepare for the world‰Ûªs most difficult and challenging off-road event: the Dakar Rally which begins on 4th January 2015 in Buenos Aires (Argentina).

The two week long 9,000 kilometres Dakar crosses Argentina, Bolivia and Chilean territories, and takes in all kinds of terrain, concluding on the 17th January in the Argentinian capital.

Goncalves is currently in second place, and will be in the running for the title in Morocco. New additions to the team are Chilean Jeremias Israel and Dakar‰Ûªs female-class winner Laia Sanz.

"We've shown that we are a winning team, and so we can only win "The Rally". The Dakar rally it‰Ûªs more than a race: it‰Ûªs the mother of all rally-raids. It‰Ûªs an adventure, and it‰Ûªs a great challenge.

"The race 9,000 km and is full of traps, but the prestige for the winner is enormous. And that will be our main goal. We‰Ûªll start 2015 with the intention to win the Dakar, with our talented team with so many assets, and with a great bike.

Team HRC‰Ûªs aim is to win the Dakar; the most prestigious and gruelling off road motorcycle race in the world. An exceptional work bench for the bike, which subsequently will become tomorrow‰Ûªs mass-production model.

Team HRC welcome KH-7 as new partner of the Team in the Dakar Rally Project.